The Danau volcanic complex is of Plio-Pleistoceneage and formed in a number of eruptive phases, cul-minating in the eruption of the voluminous Banten pumice tuffs =also known as `Bantam’ tuffs) and formation of the large caldera. Andesitic lava and volcaniclastics form the steep northern-eastern rim of the caldera. (Source: Late Quaternary palaeoecology, palynology and palaeolimnologyof a tropical lowland swamp: Rawa Danau, West-Java, Indonesia)

To the south of Danau caldera is Karang volcano. Karang volcano in westernmost Java was constructed SE of the 15-km-wide Pleistocene Danau caldera. Two craters, Kawah Welirang and Kawah Haji, display fumarolic activity and are found on the eastern flanks, which may be of Holocene age (Bronto 1995, pers. comm.). The forested andesitic and basaltic volcano is the highest of a group of stratovolcanoes in the Danau caldera area and lies across a low saddle from Pulosari volcano. (Source: Global Volcanism Program)

To the South-West of Karang is Pulosari. The basaltic-to-andesitic Pulosari stratovolcano at the western end of Java lies south of the 15-km-wide Pleistocene Danau caldera. The summit contains a nearly 300-m-deep crater open to the ENE with active solfataras on its wall. It is SW across a low saddle from the higher Karang volcano, which was constructed on the SE rim of Danau caldera. (Source: Global Volcanism Program) 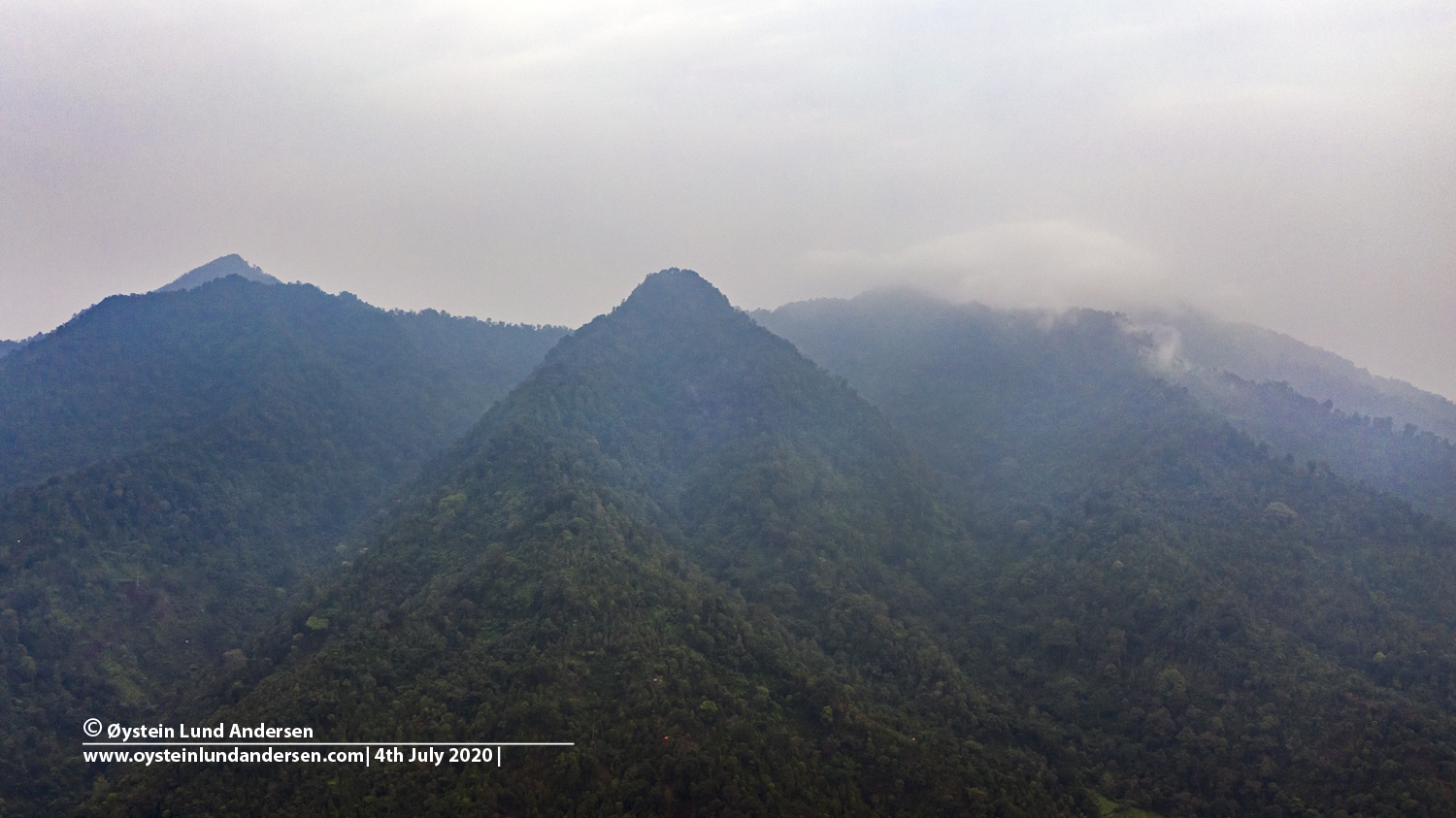