Lamongan, a small stratovolcano located between the massive Tengger and Iyang-Argapura volcanic complexes, is surrounded by numerous maars and cinder cones. The currently active cone has been constructed 650 m SW of Gunung Tarub, the volcano’s high point. As many as 27 maars with diameters from 150 to 700 m, some containing crater lakes, surround the volcano, along with about 60 cinder cones and spatter cones. Lake-filled maars, including Ranu Pakis, Ranu Klakah, and Ranu Bedali, are located on the E and W flanks; dry maars are predominately located on the N flanks. None of the maars has erupted during historical time, although several of the youthful maars cut drainage channels from Gunung Tarub. The volcano was very active from the time of its first historical eruption in 1799 through the end of the 19th century, producing frequent explosive eruptions and lava flows from vents on the western side ranging from the summit to about 450 m elevation.(Source: Global Volcanism Program) 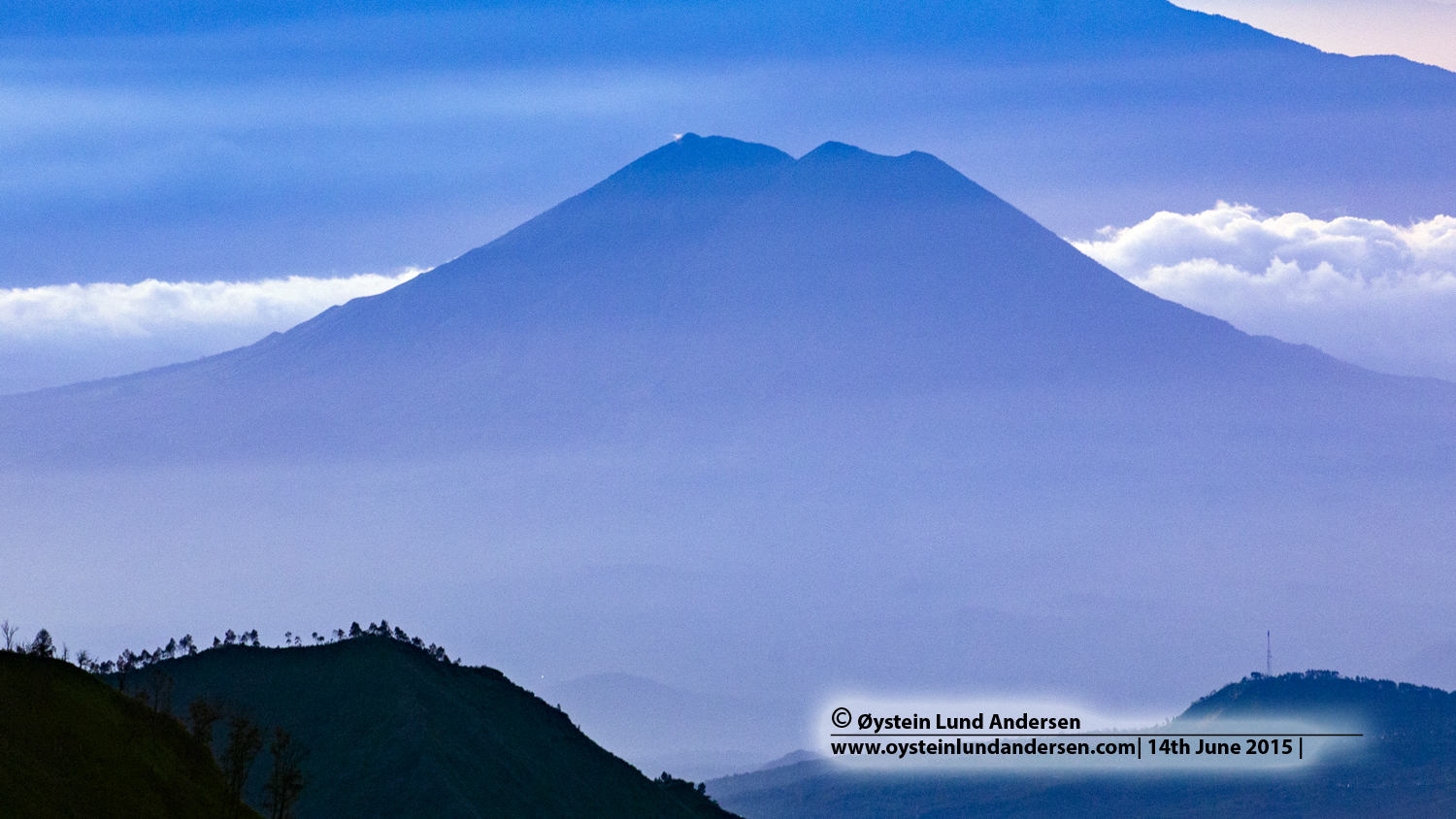 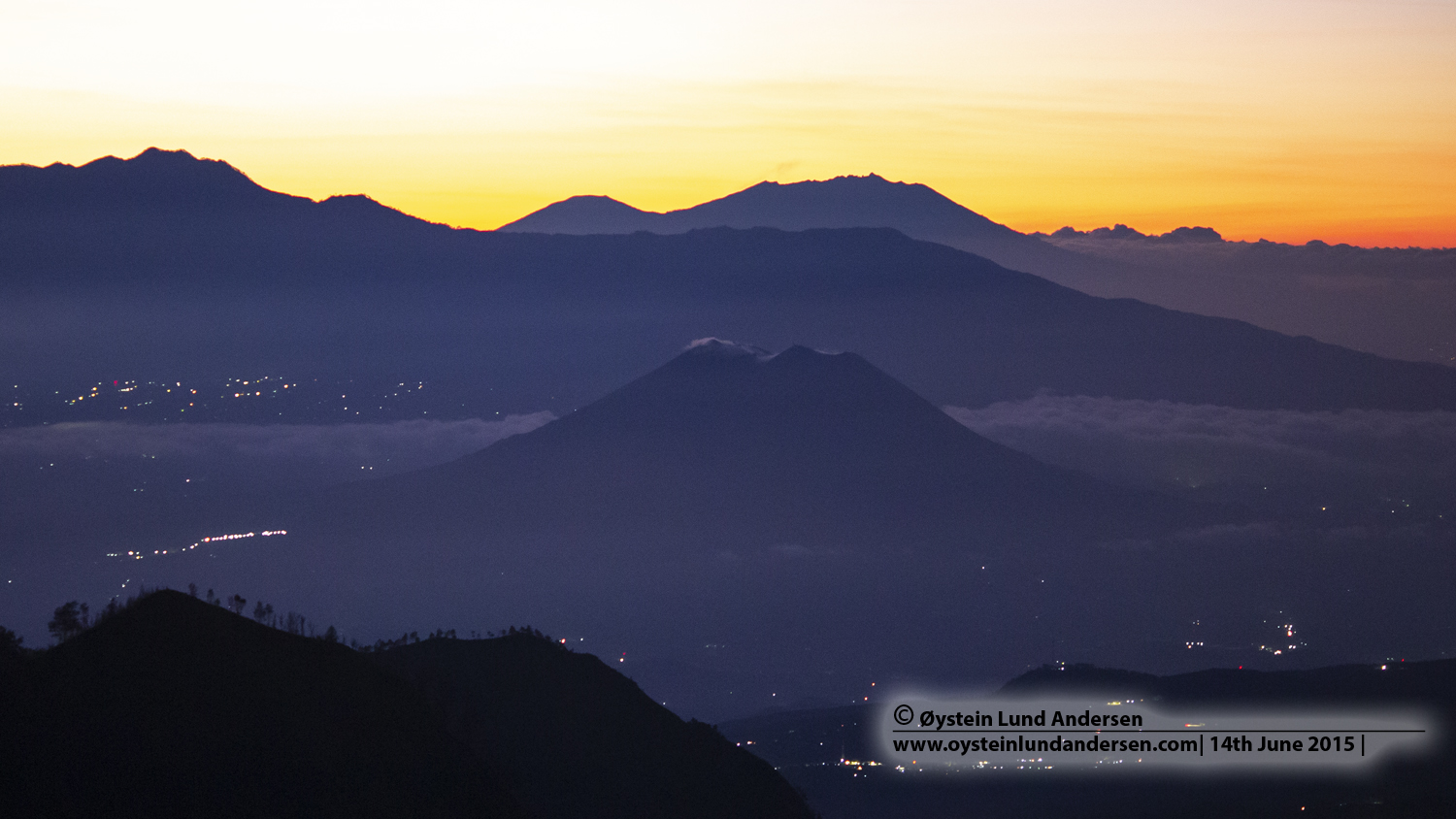