Symmetrical Agung stratovolcano, Bali’s highest and most sacred mountain, towers over the eastern end of the island. The volcano, whose name means “Paramount,” rises above the SE caldera rim of neighboring Batur volcano, and the northern and southern flanks extend to the coast.

Total photos in this article: 45. (Available in Jpg/Raw.)

Photos and Videos published are available for purchase. If you want to purchase photos or videos, please see this page

3th December: Steady degassing (gas) plume was observed at all times during times of observation.

4th December: Similar as the day before. Steady degassing (gas) plume was observed at all times during times of observation.

6th December: Periods of complete calm, and some stronger gas plumes and ash-plumes observed in the afternoon/evening.

9th December: Increased number of ash-rich plumes observed, reaching heights up to 2000m according to PVMBG.

For updated information on the volcanic activity of Agung Volcano, visit the homepage of MAGMA Indonesia. 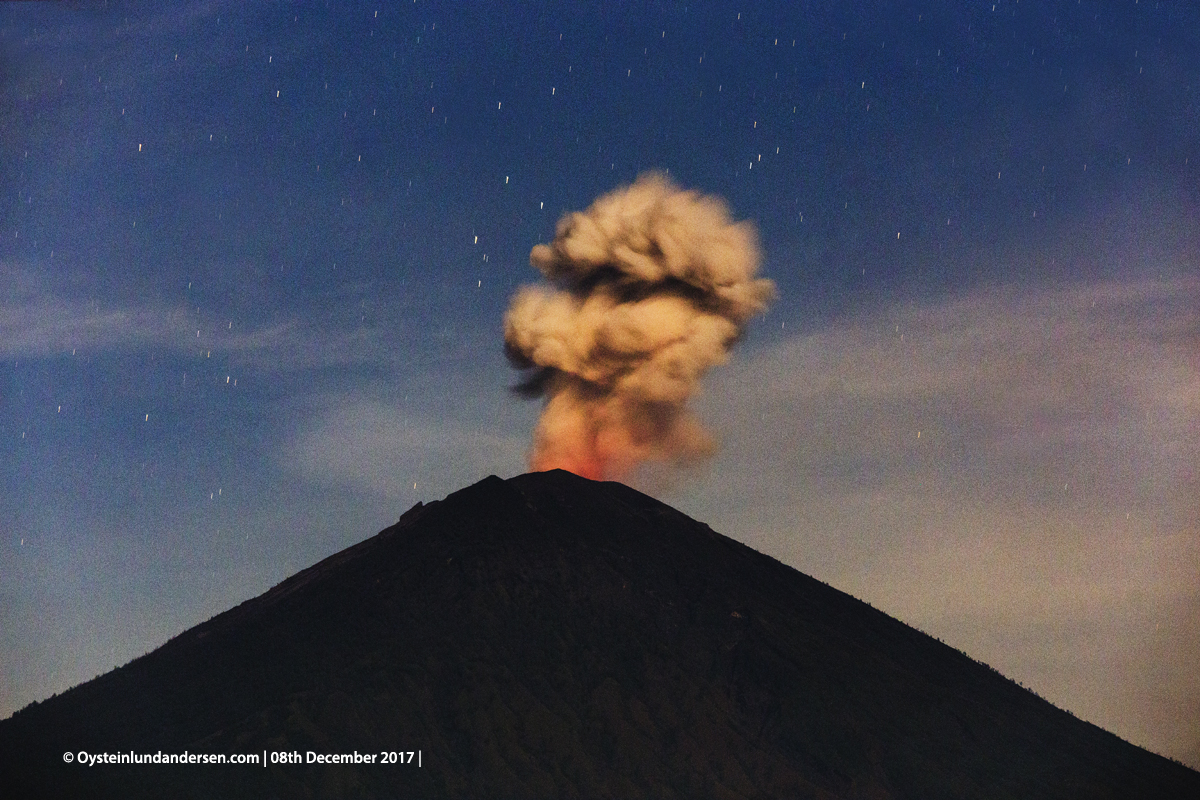 Plume and Incandescence during the night (8th December 00:22 local time) 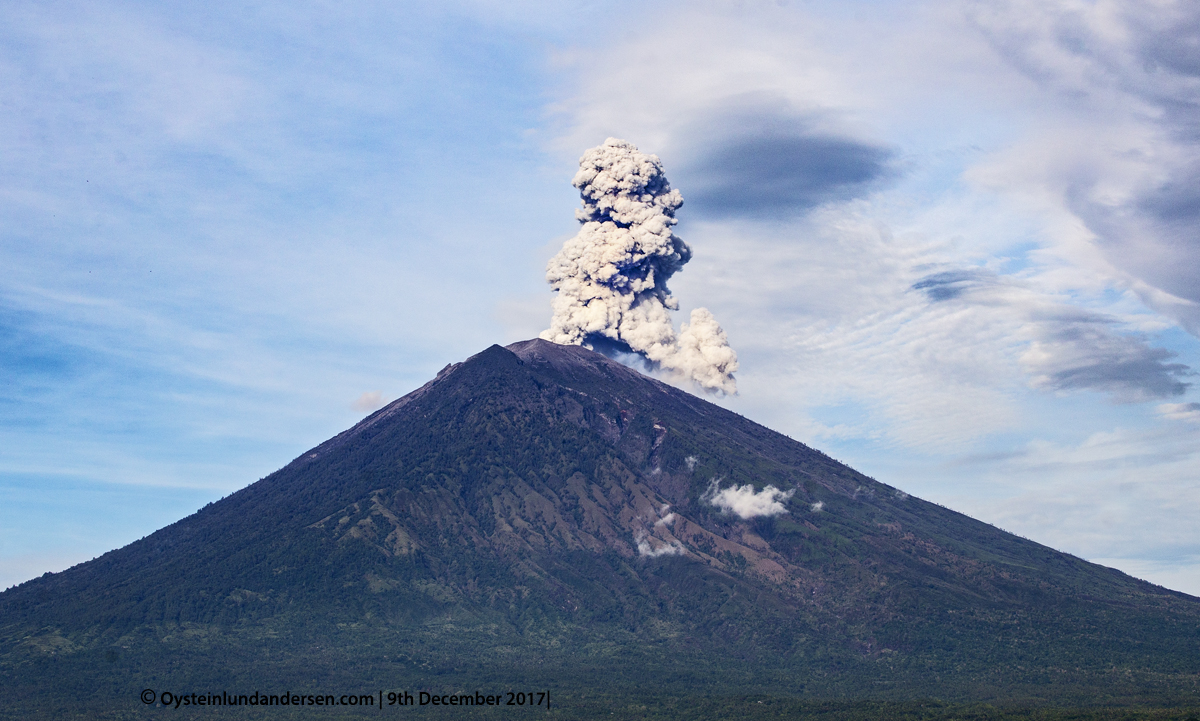