Bromo had an increase in it`s activity level in May, consisting of increased Sulfur- and steam emissions. On a visit to the crater area , I noted obvious changes that have occurred since 2013. The body of water that have been inside its crater since 2012 have mostly evaporated, and the more solid dirt inside the crater shows traces of heavy sulfur emissions. See comparison below on photo no.7

Semeru volcano have also shown a increase since last visit. The eruptions are more frequent (every 30min to 1 hour) and it`s plumes are more ash-rich than the ones observed during 2013. (see photo no.5) 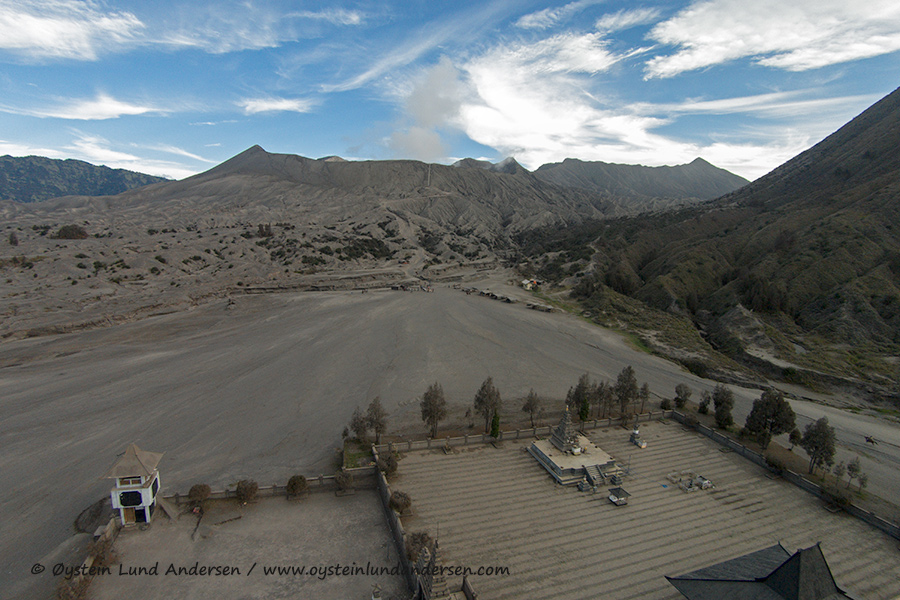 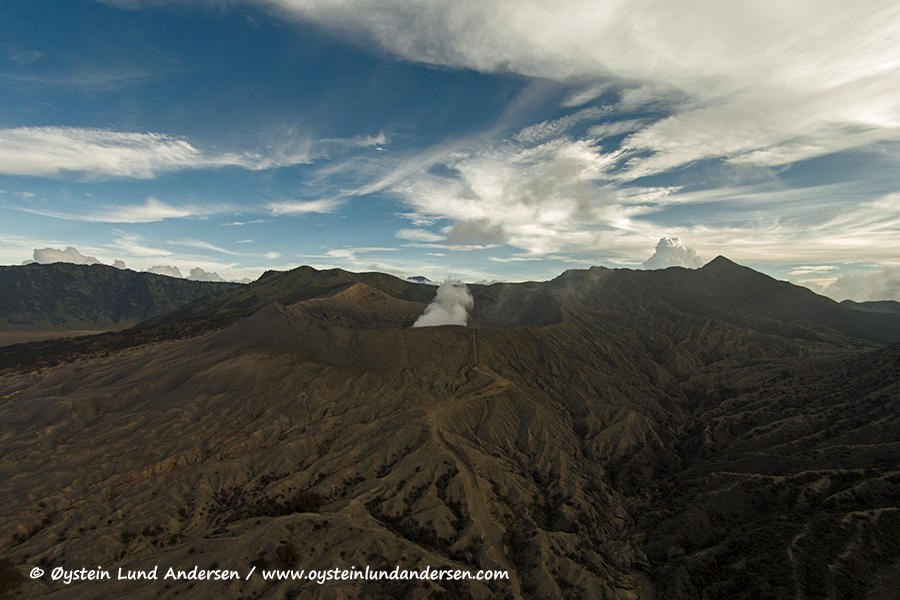 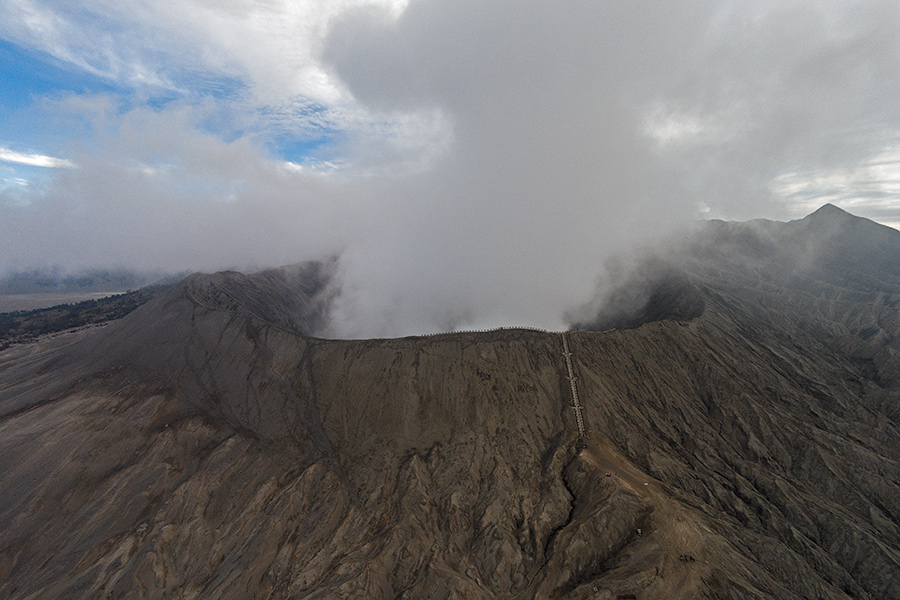 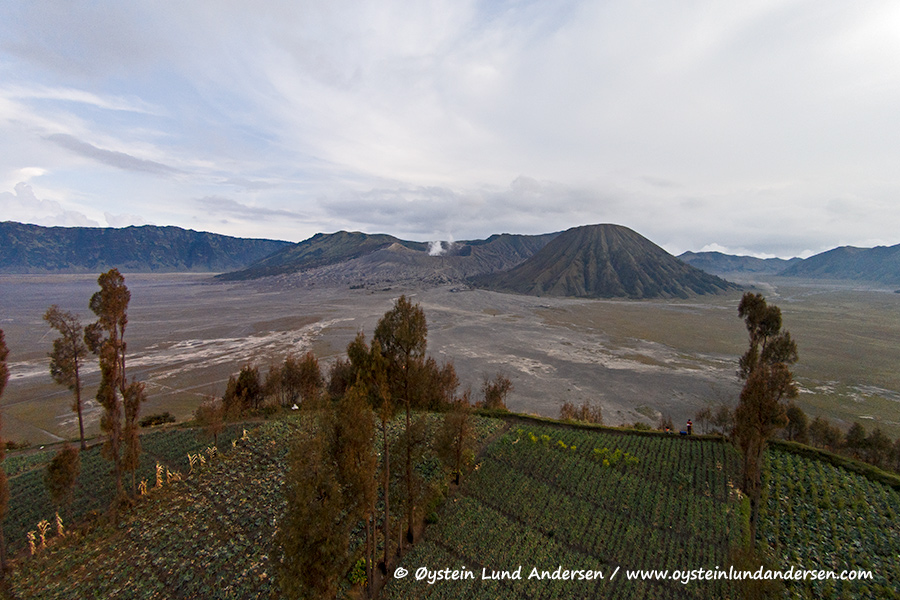 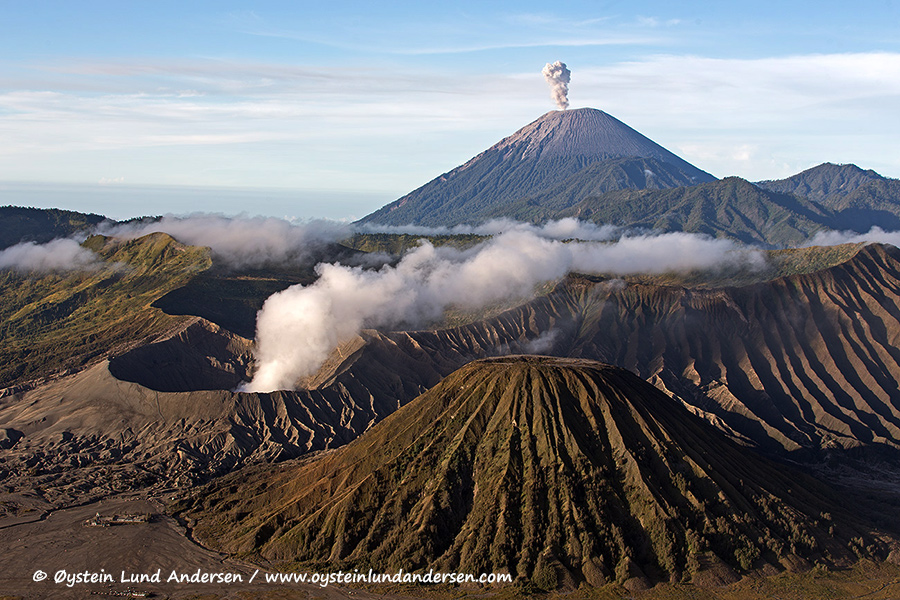 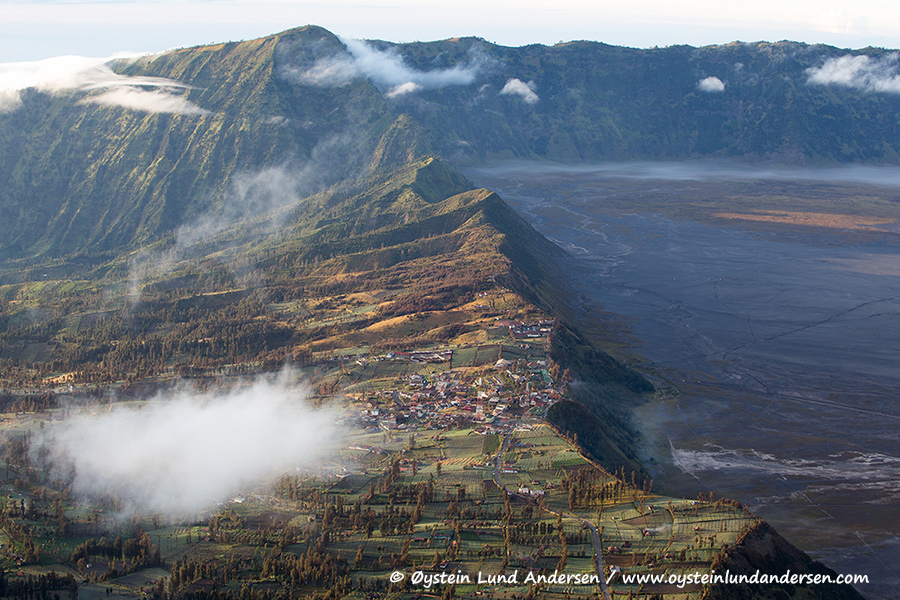 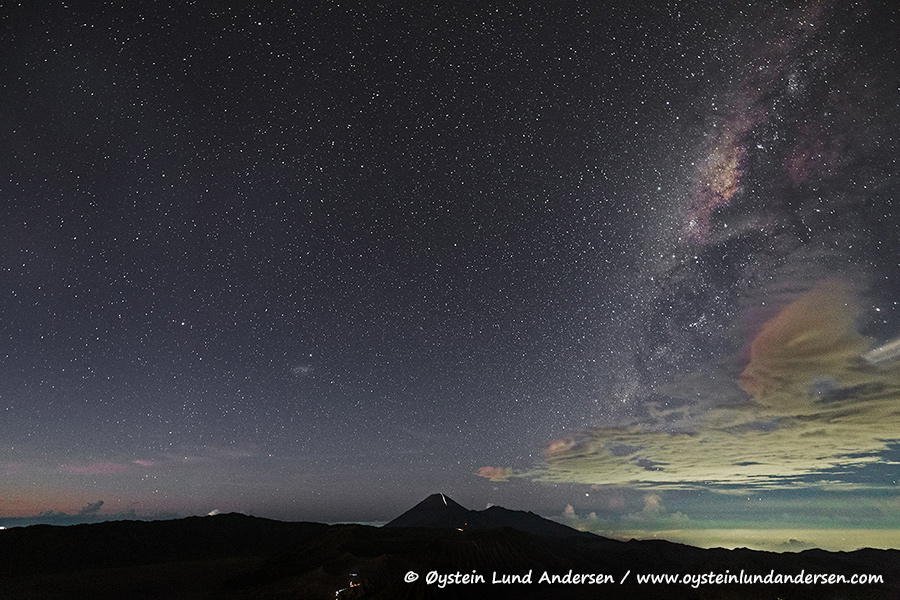 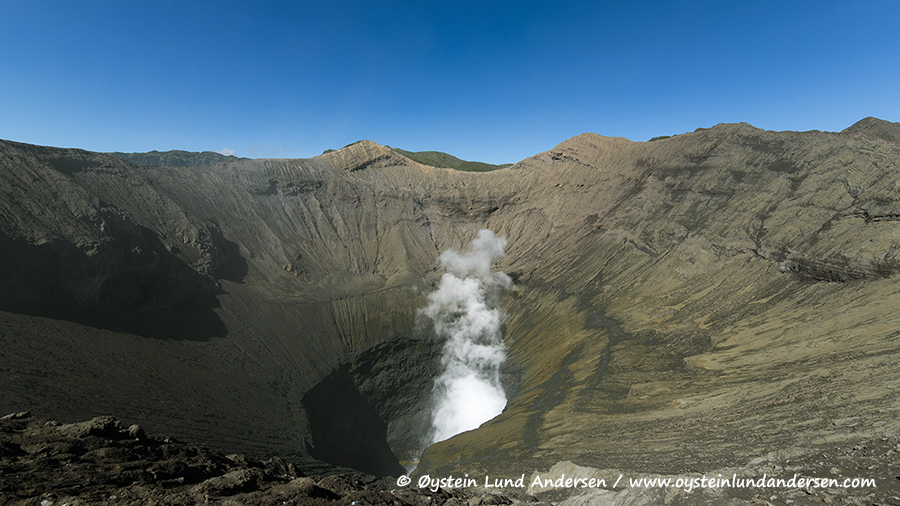 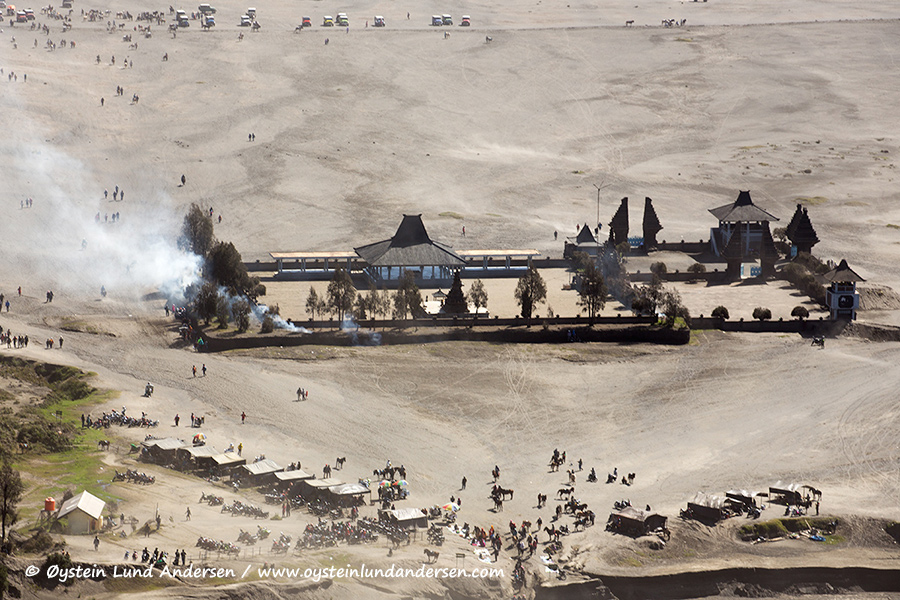 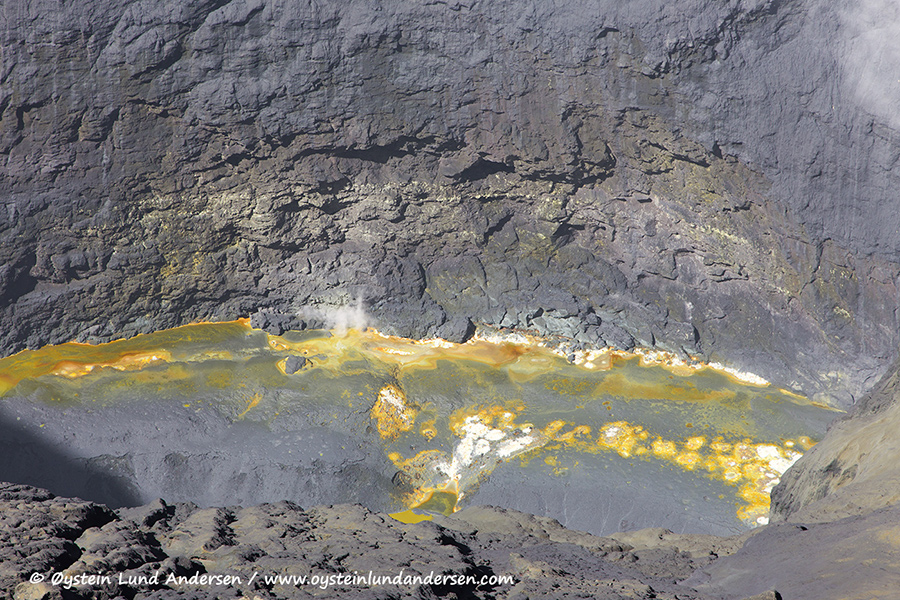 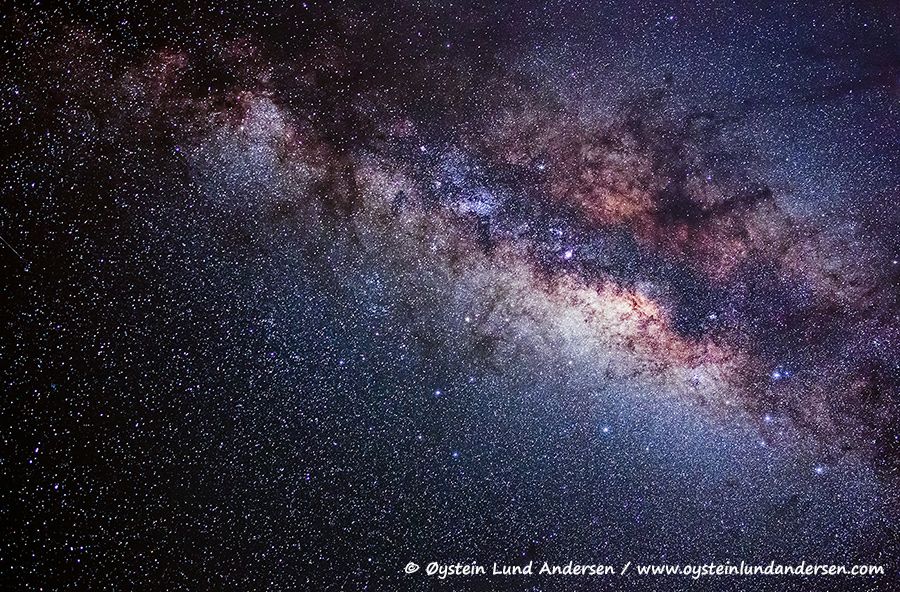 The center of the milky way photographed from the Tengger caldera.