The Dringo crater complex is among the youngest in the group of vents on the Dieng Plateau. Dringo-Petarangan volcano, situated in the Batur depression 7 km east of the Dieng depression, may be similar in age as the Merdada-Pangonan cones, based on morphological appearance. Today the Dringo crater hold a lake. 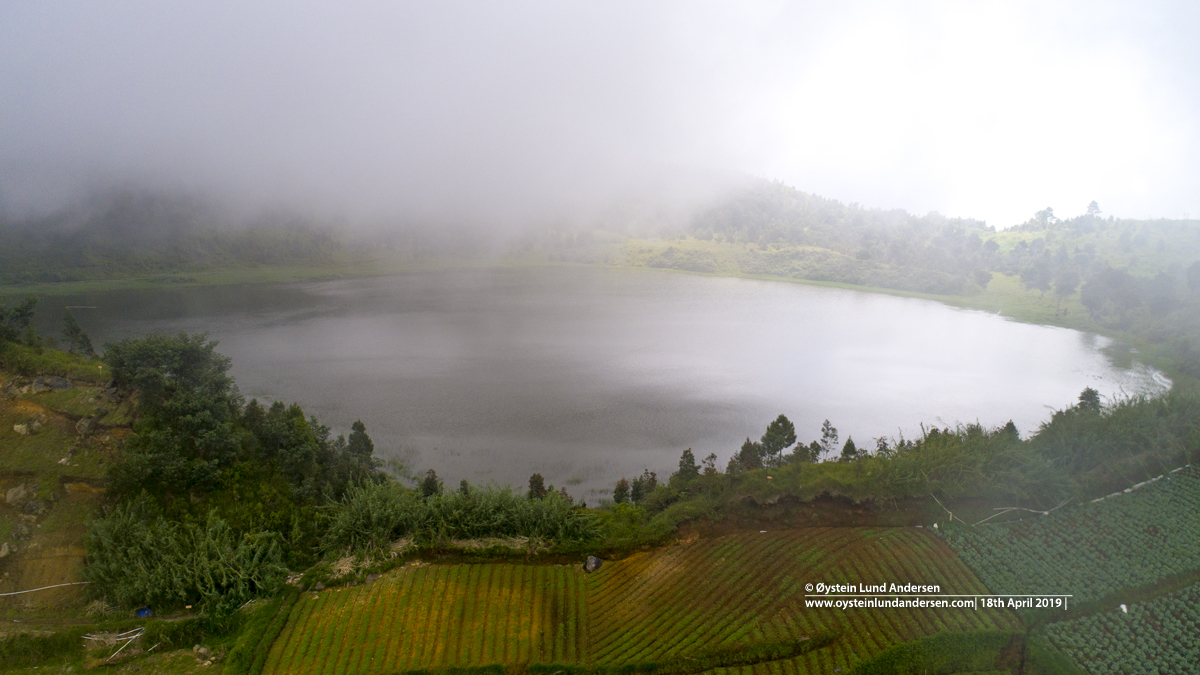