Scenery of Dieng and the vicinity as seen from the summit of Gunung Prahu. Not much is known about Prahu volcano. But it is one of the oldest volcanic products of Dieng. Subsidence of the western part of
the Prau cone formed the plateau. 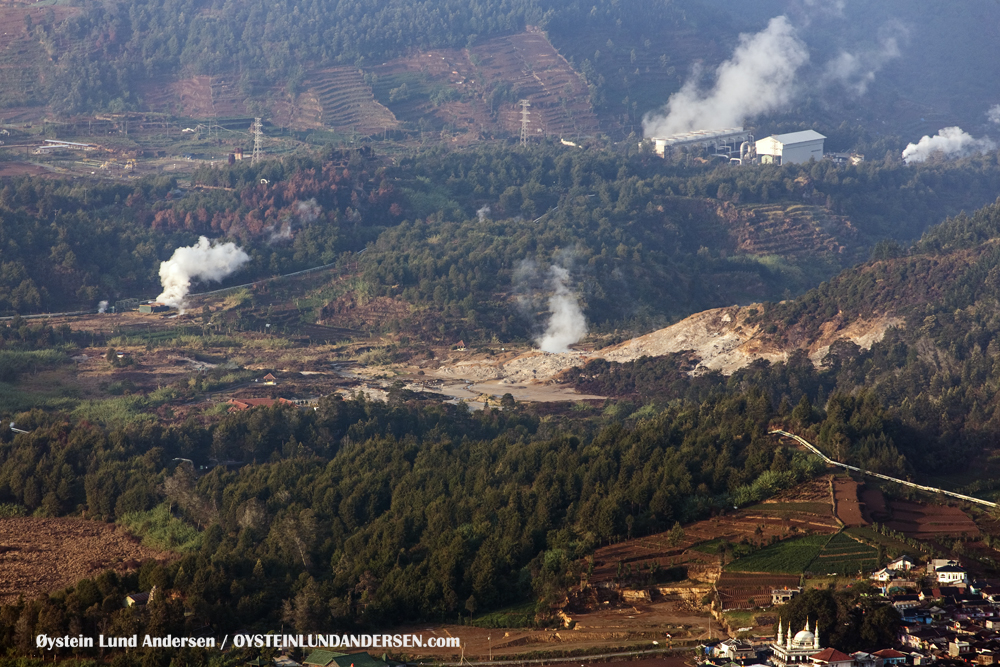 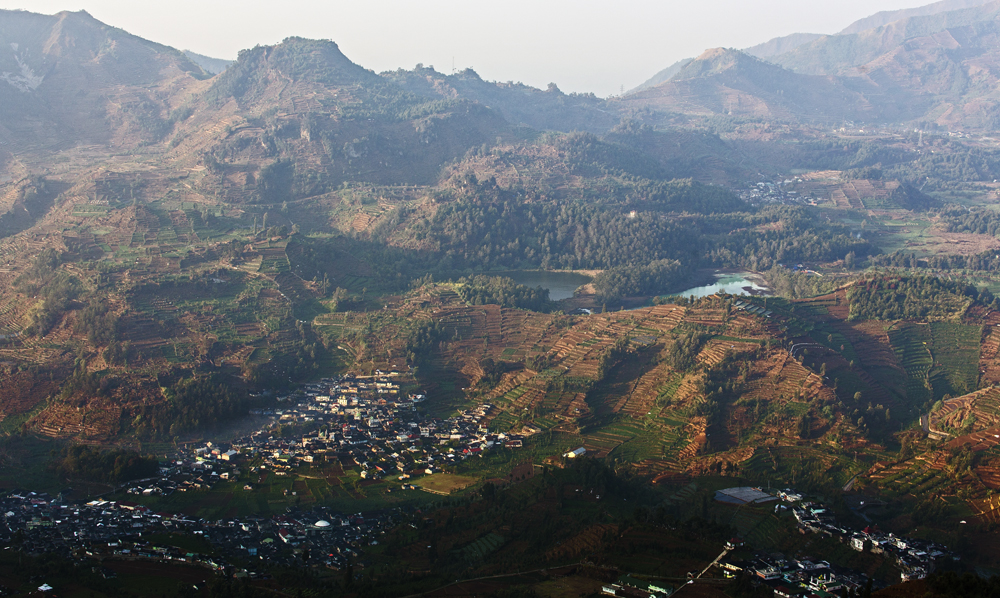