(day of prayer and offering)

Cemara Lawang is the closest village to the active volcano (cone) Mount Bromo in East Java. It is located around of 2200 meters above sea level. The majority of the population of Cemara Lawang are Hindu. The most sacred and largest temple in the area is `Pura Luhur Poten`, and is located on the foot of Mt. Bromo, around 200m from its active crater. This year the day of Kuningan (day of prayer and offering) for the Hindu community fell on 20th February.

This year around 700-1000 people gathered in the temple area for prayers and giving offerings. The special element of this year`s event was that Bromo is in a active state of eruption. The eruptive phase of the volcano started in December 2015 and is ongoing as of today. (20th February). During and after the event at the temple, hundreds of people from the community climbed the volcano to give (throw) offerings into the volcano. The offering at the crater of Bromo are conducted on special Hindu days, and according to local legend, none from the community have fallen casualty to the volcanic dangers of the sometimes, erupting volcano. However it is no doubt that conducting offering at the rim of the volcano, during eruptive phases of the volcano, including today, is very risky. Not only dangerous gas, but ejected rocks are often observed being hurled out of the volcano during its eruptive phases. That being said, the local government had given permission to the Hindu community to conduct the spiritual offerings at Bromo today, an exception to the fact that the area now has a 2km restricted zone because of the volcanic state of Bromo. But all seems to have went well today, and Bromo was not seen having any explosive eruptions. 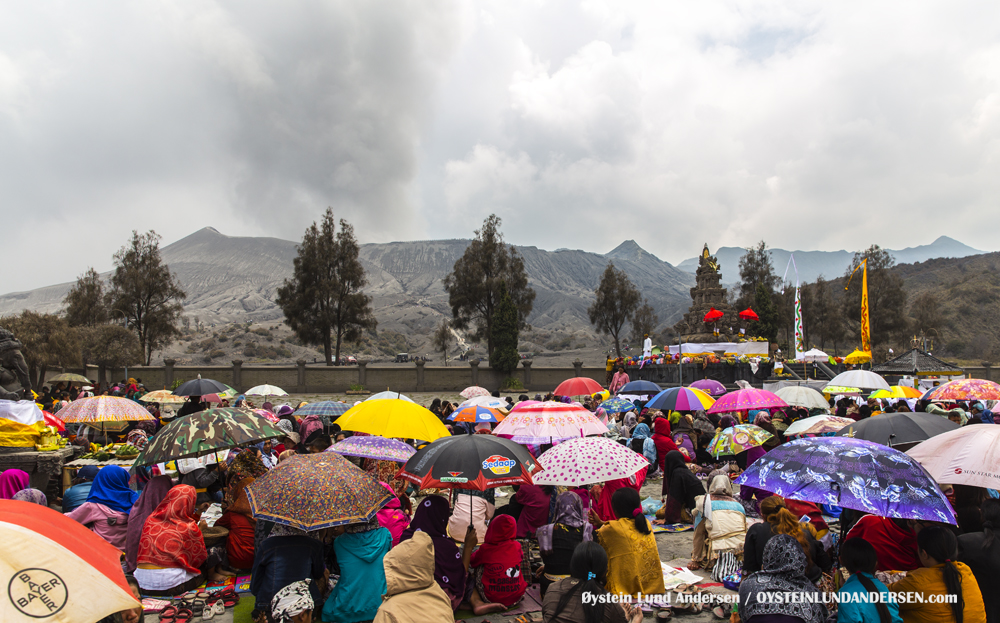 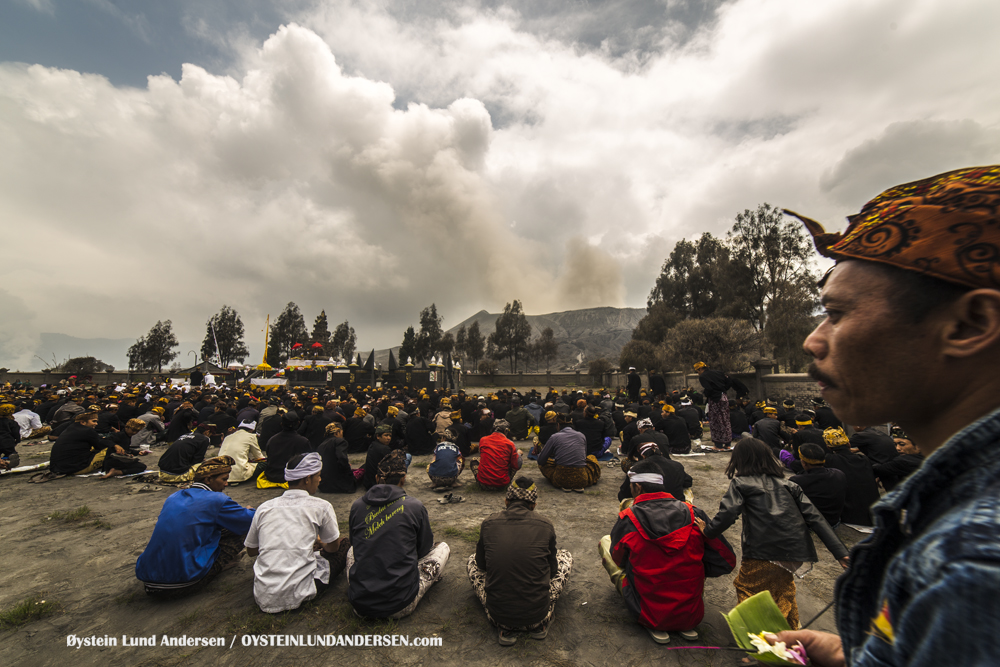 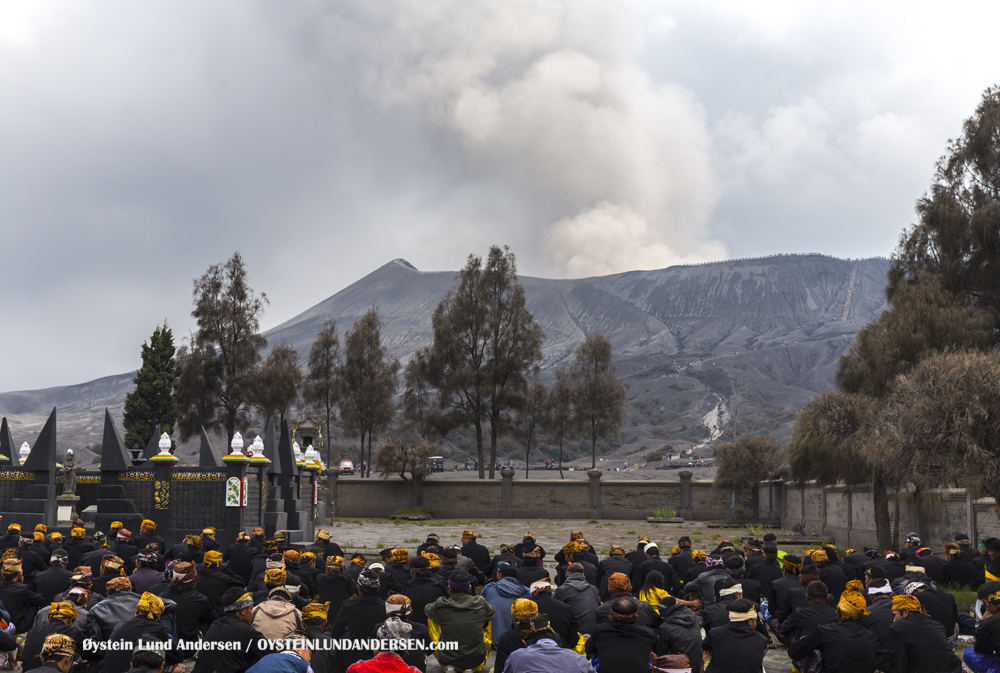 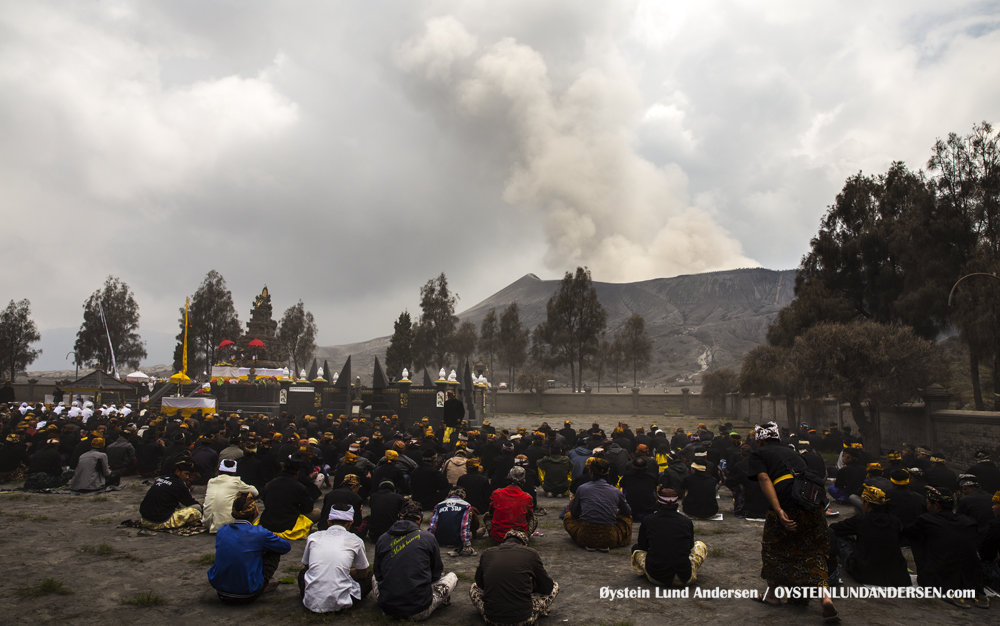 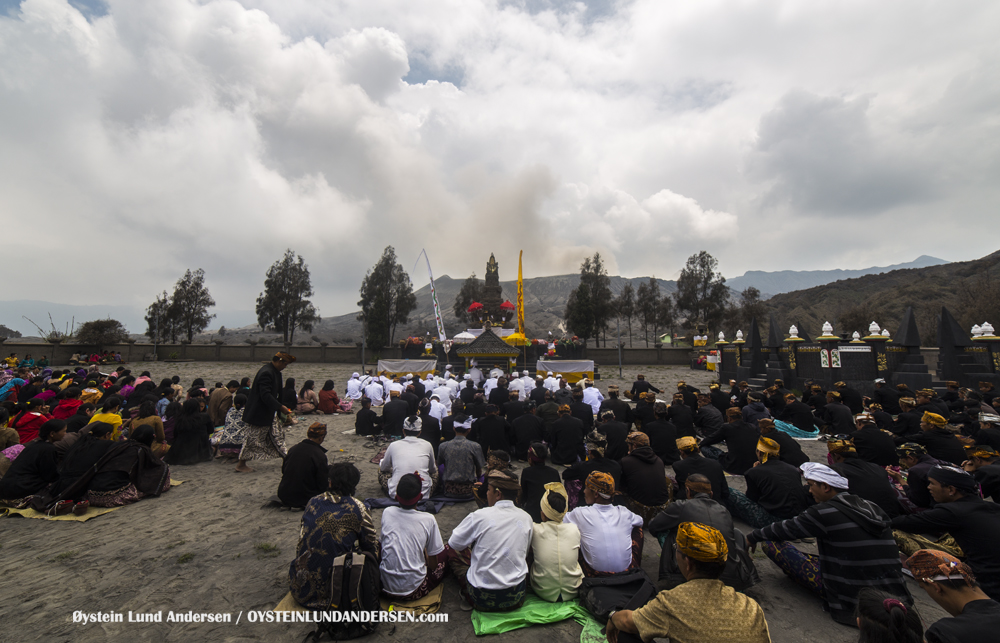 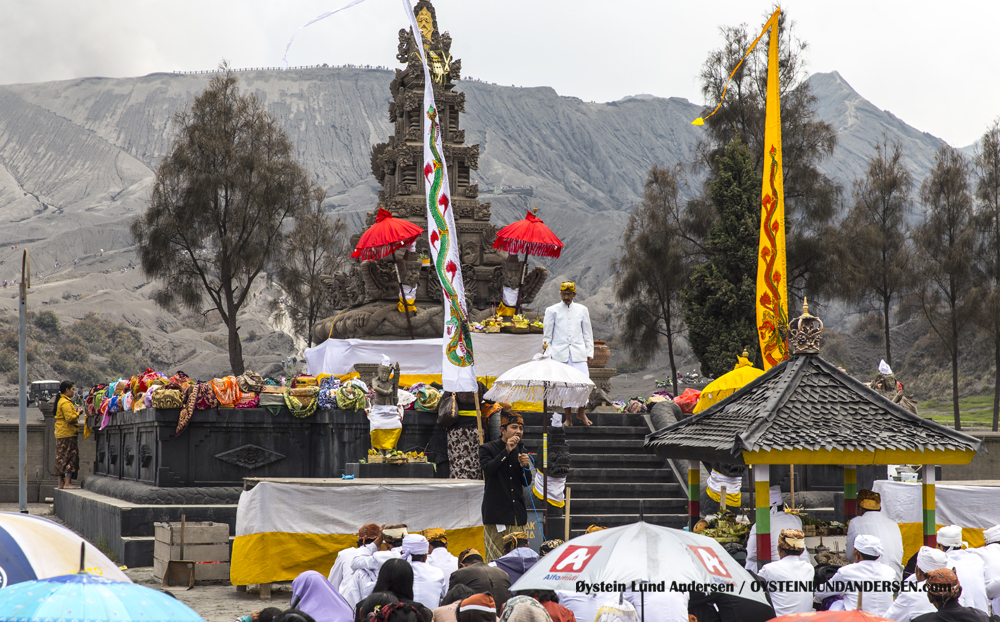 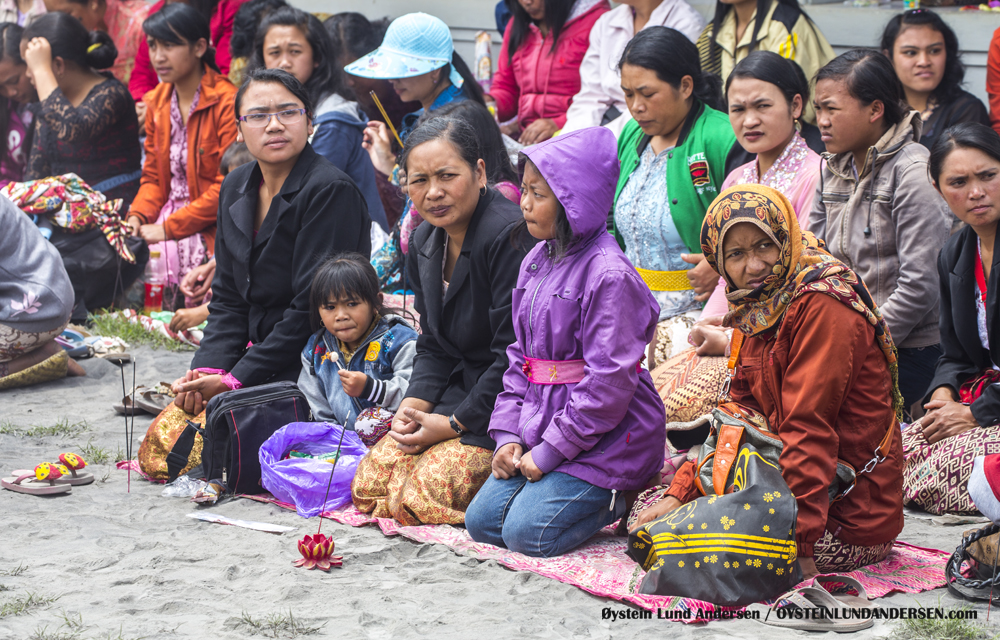 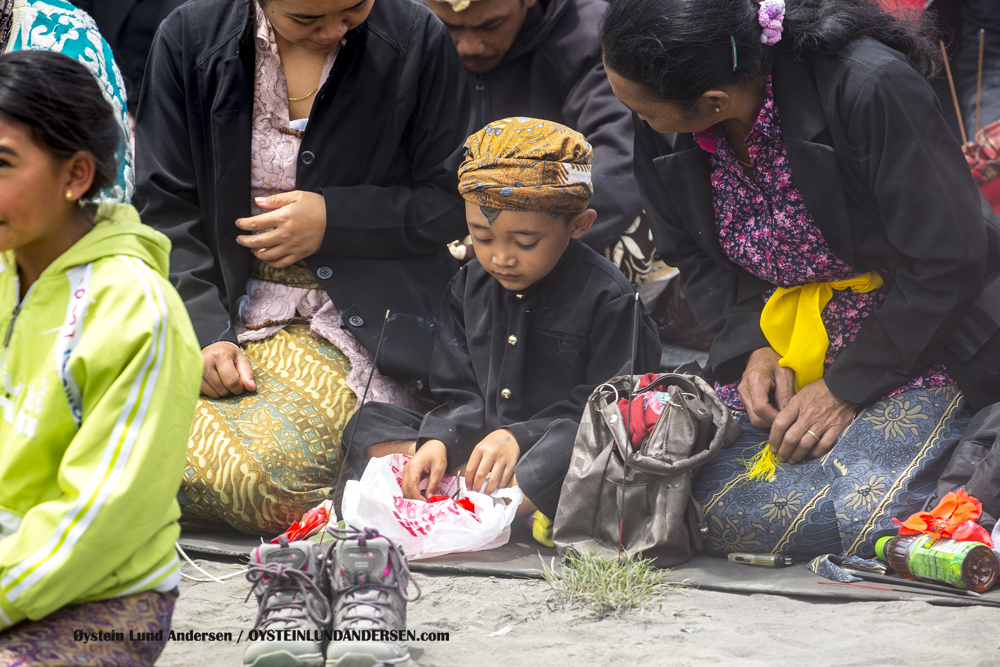 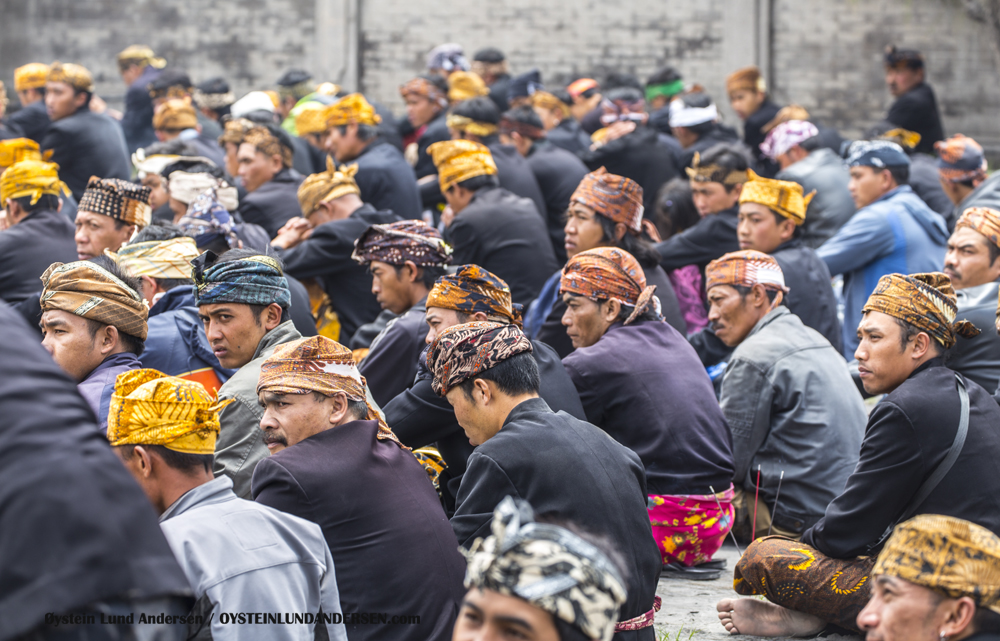 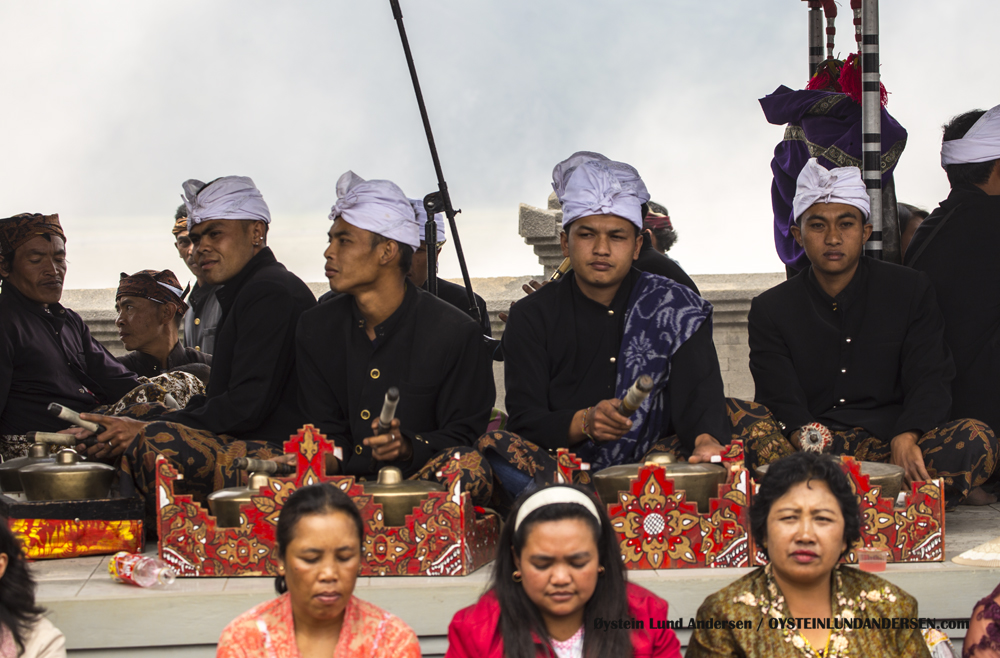 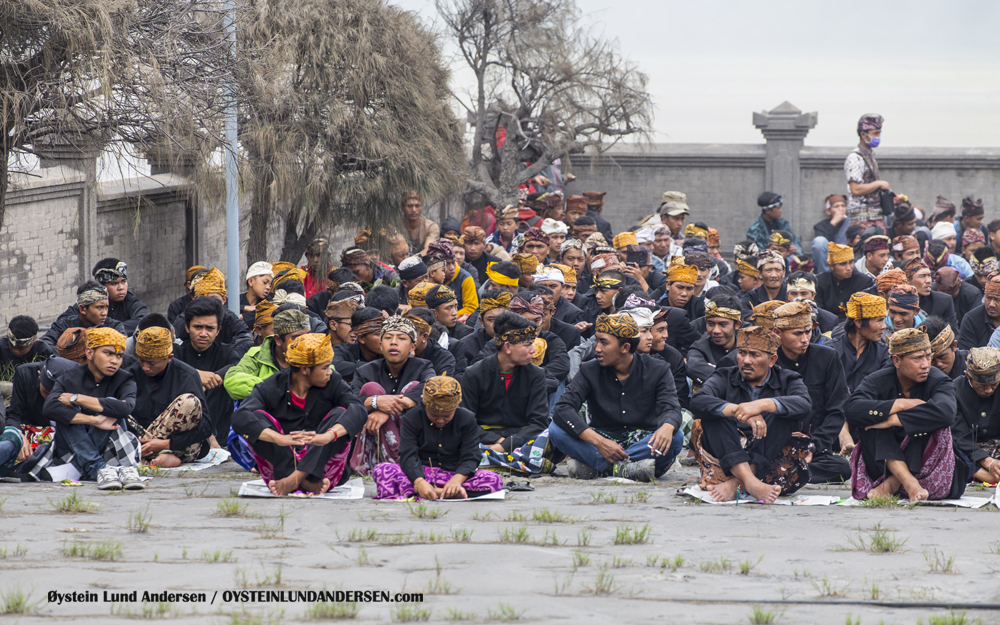 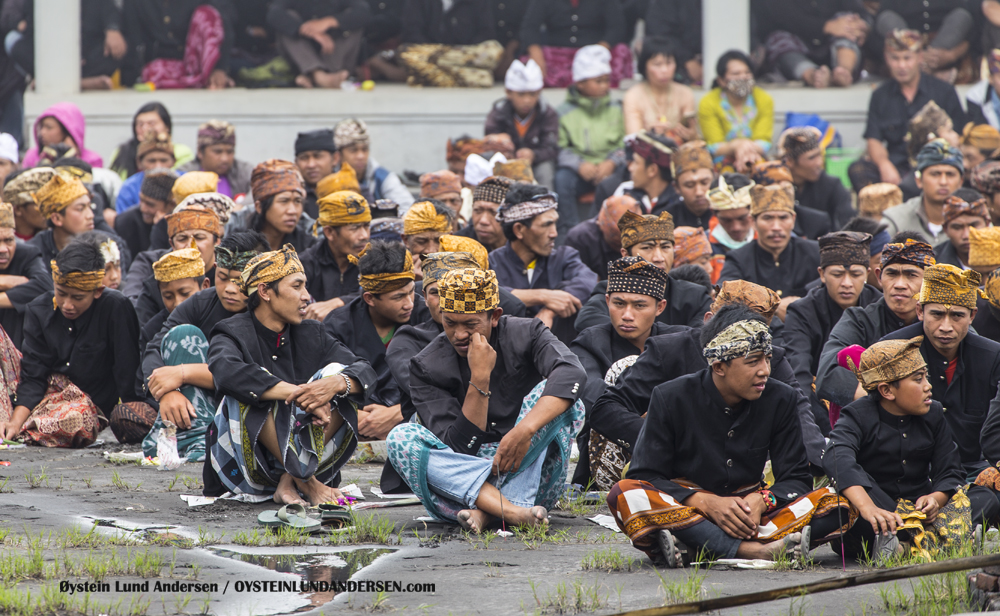 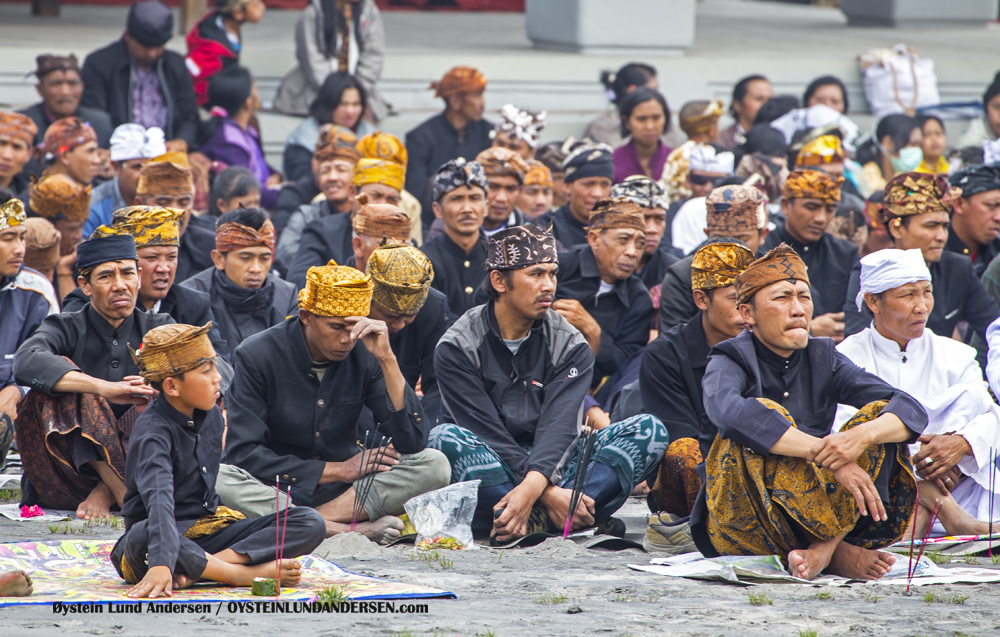 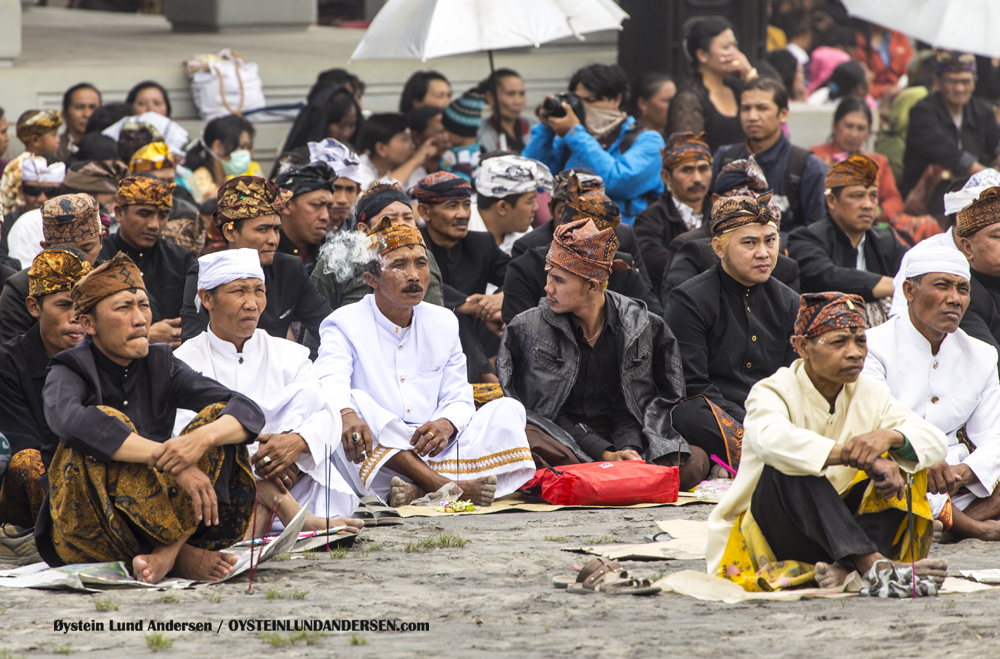 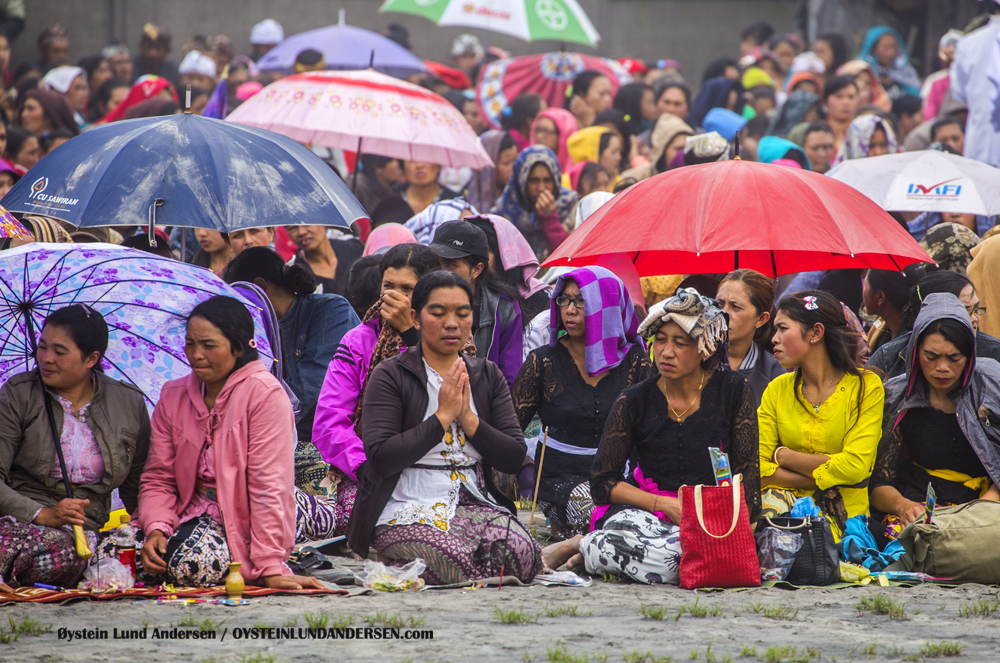 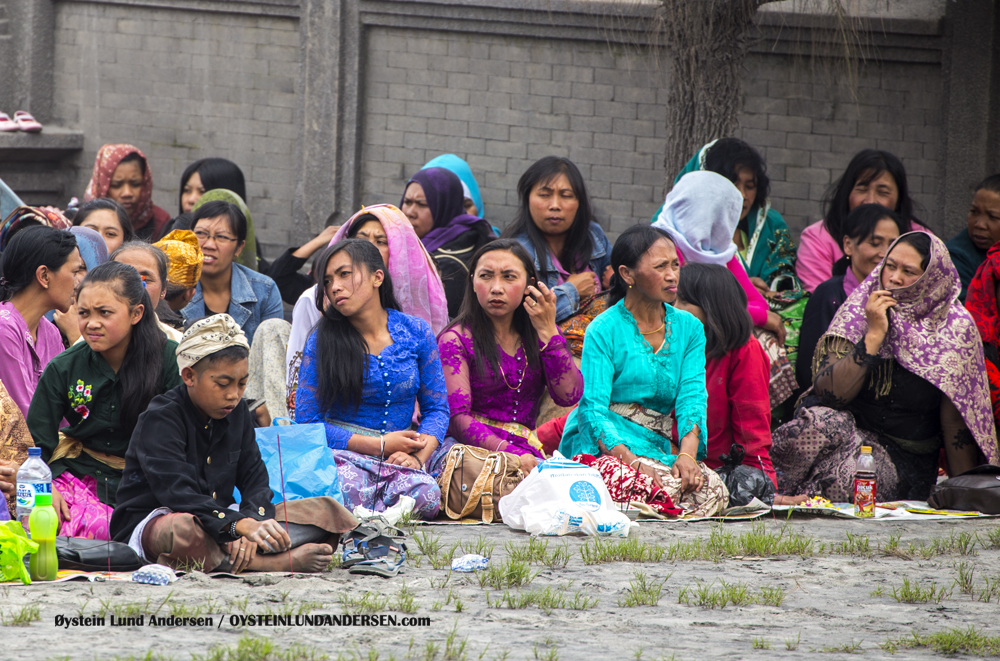 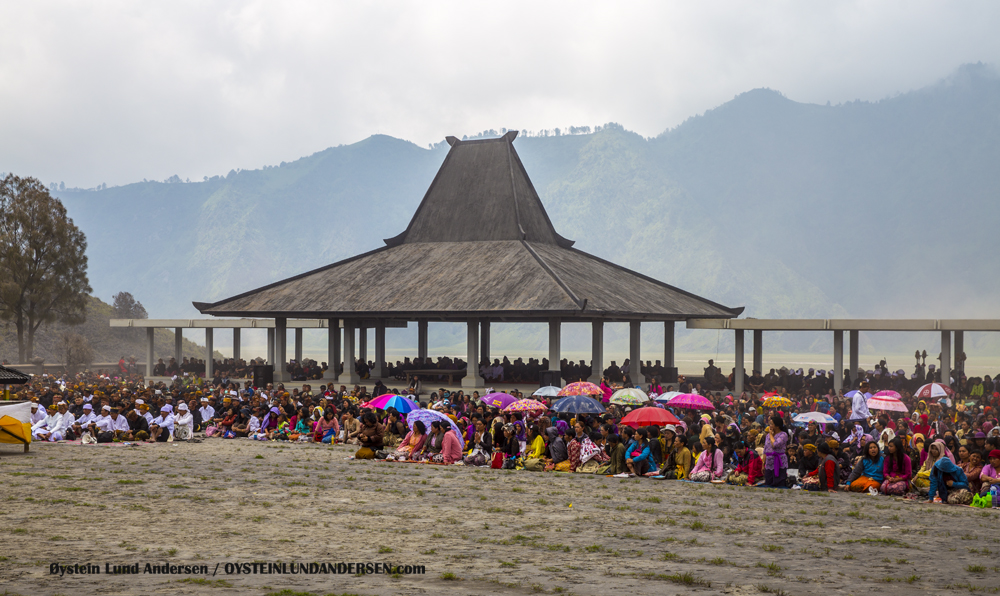 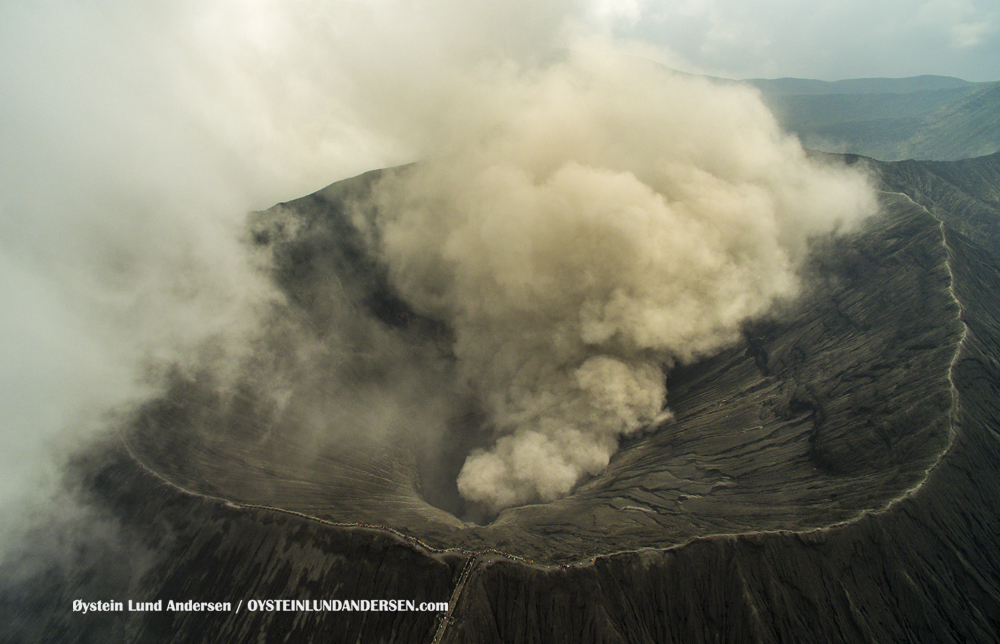 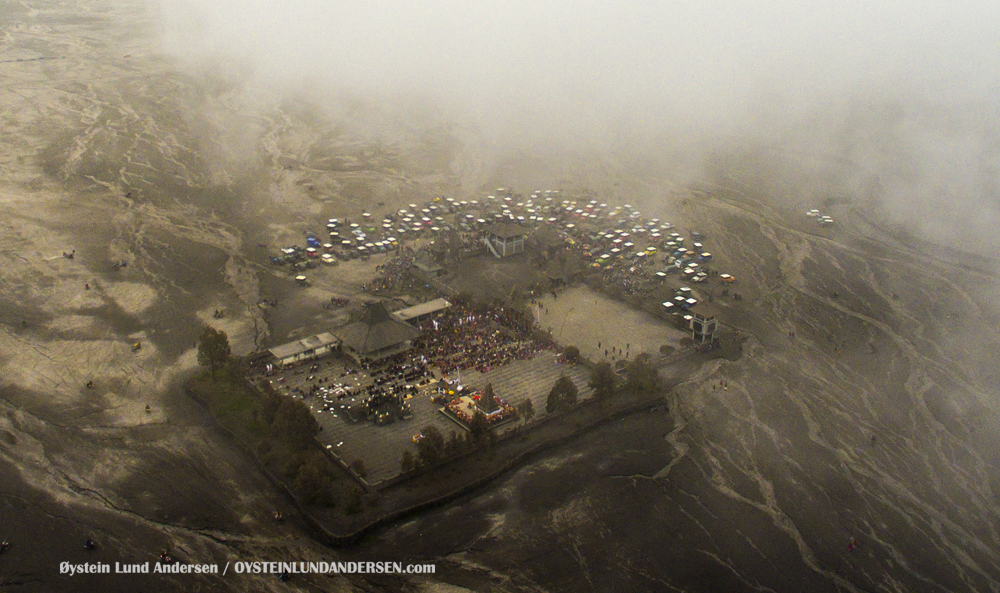 See more photos from the volcano eruption at Bromo, peak as of activity in February here