The crater was illuminated by lava (dome) in the night, the location of the light is the southern part of the crater.

On the morning of the 7th April 2012 Anak Krakatau started to produce small eruptions from the southern part of the crater. The location of the eruption was on the same side of the crater, that of the growing lava dome, which several sources have reported about during the last few weeks. This might suggest a collapse of the Lava dome due to the eruptions that now are being seen? The eruption clouds only reached a height of 100-150meters and contained small amounts of ash and only a little rock fall. The eruptions were not of an explosive character. The rest of the crater and its fumaroles are producing a continuous white cloud of steam/gas, rising to greater heights than the eruption clouds from the southern part of the crater.

Note: Some of these photos are marked with the wrong date, whereas it should be date 7th April. This concerns the last 10 photos in the article. 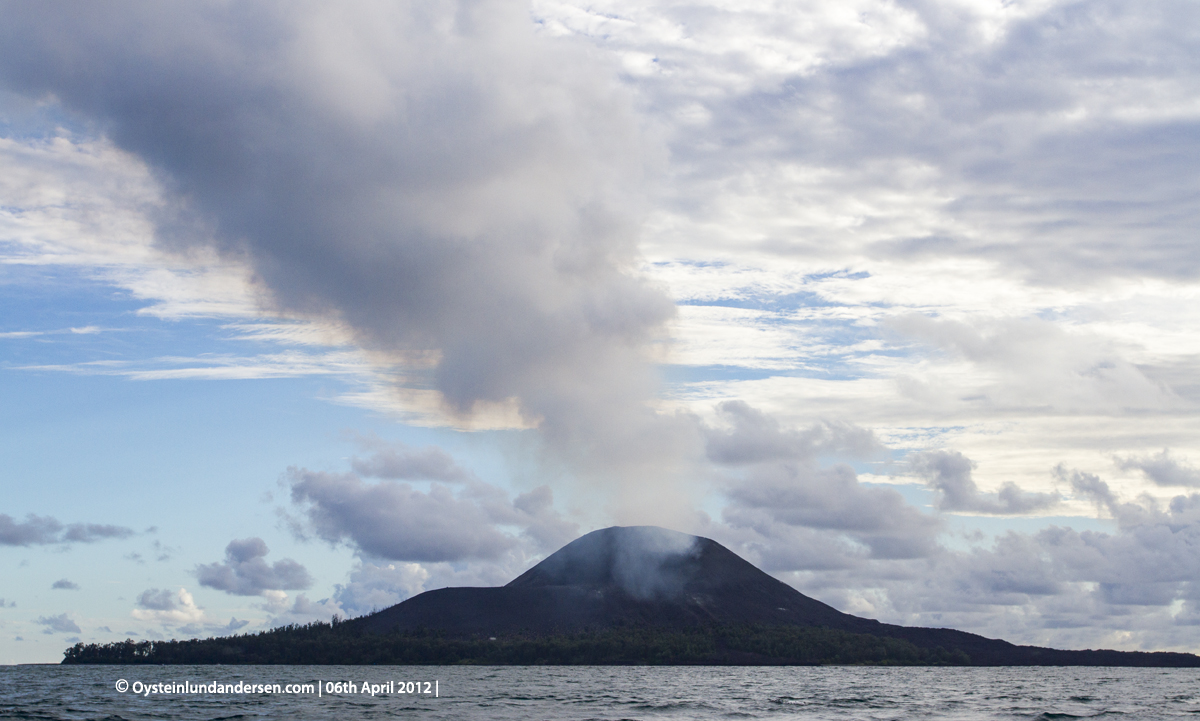 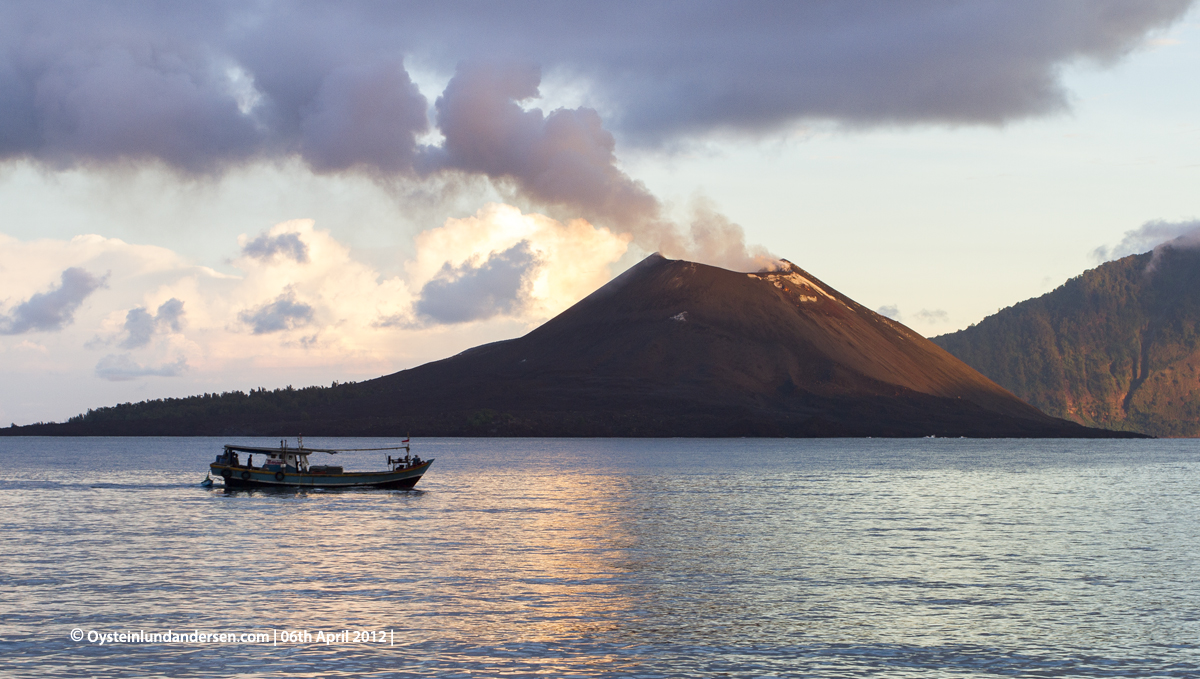 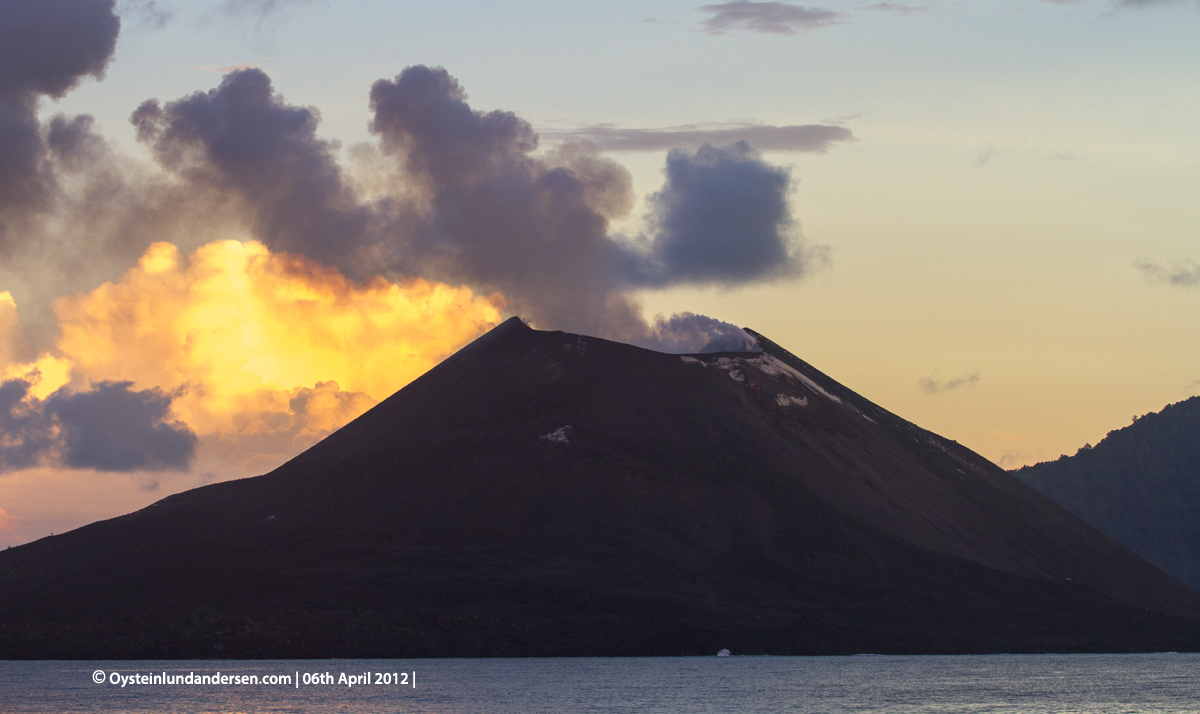 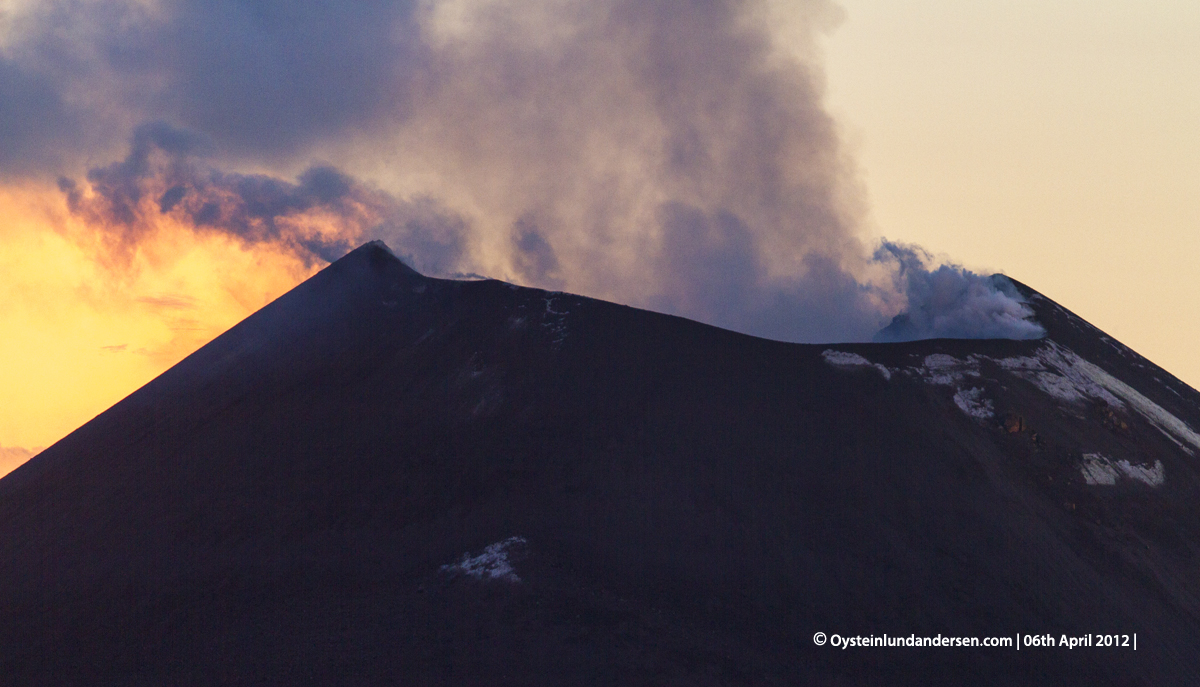 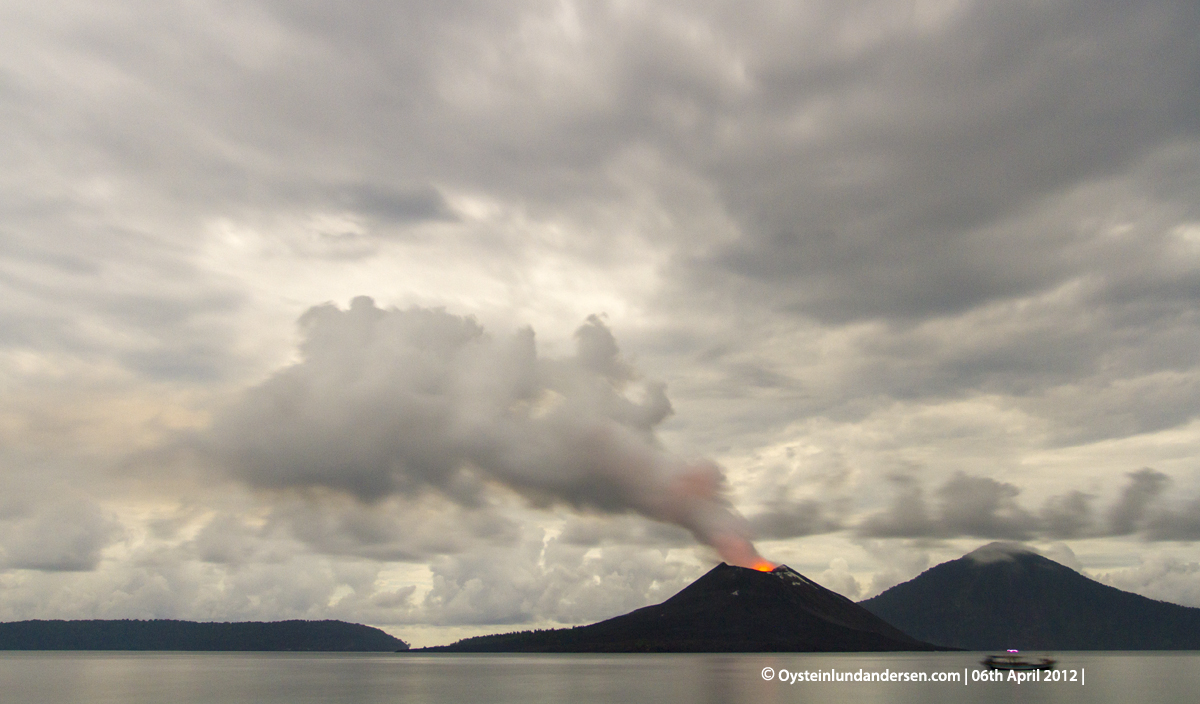 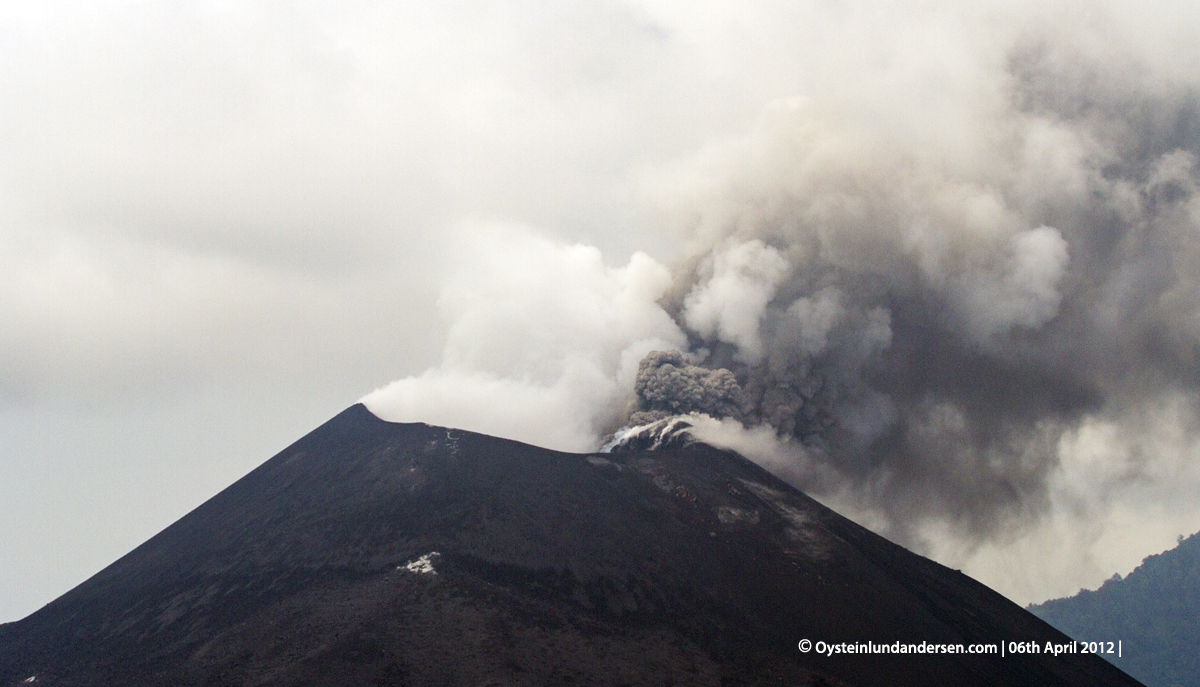 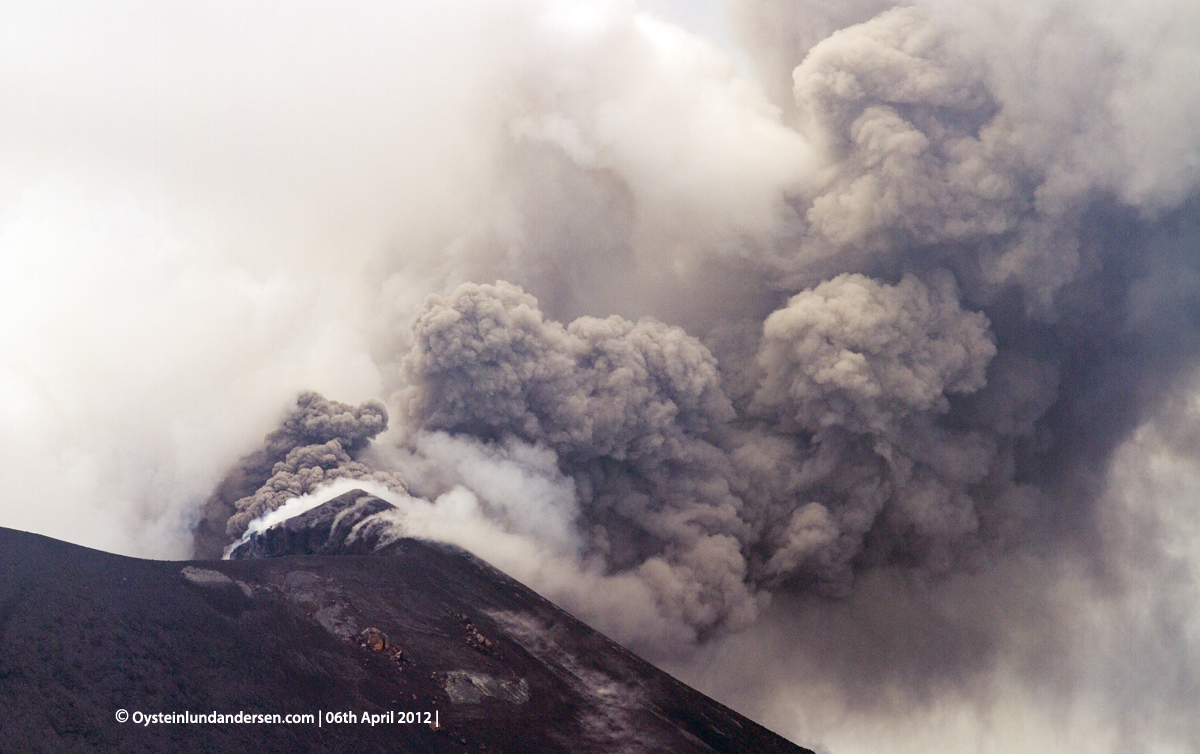 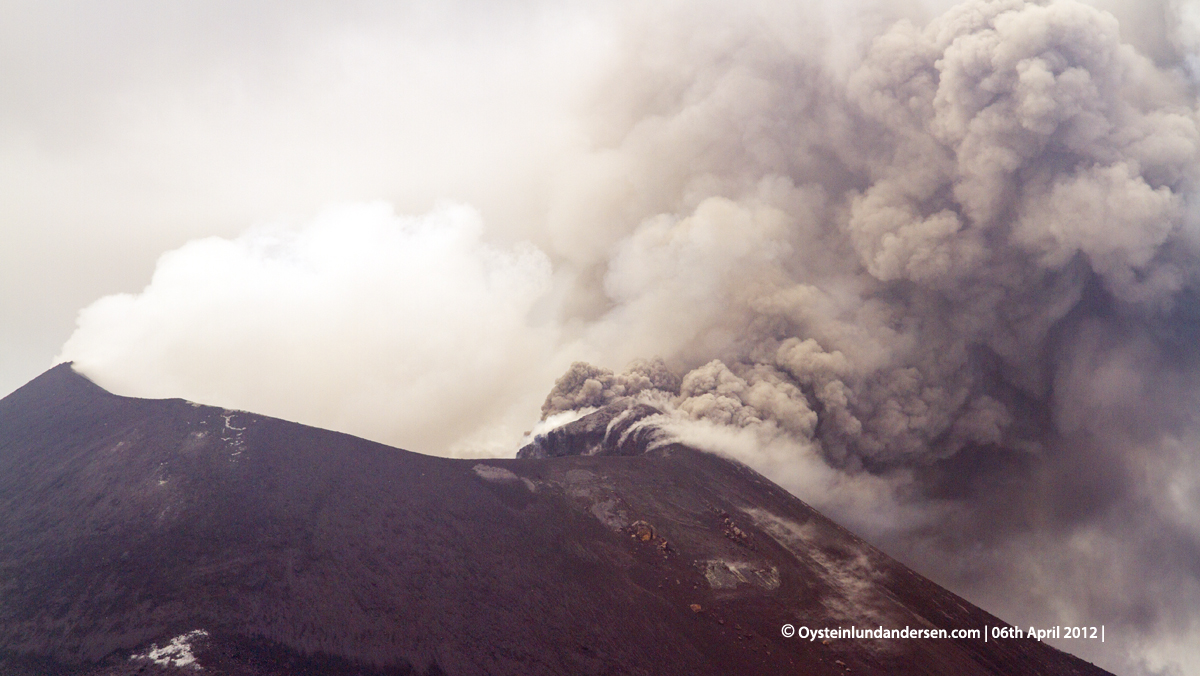 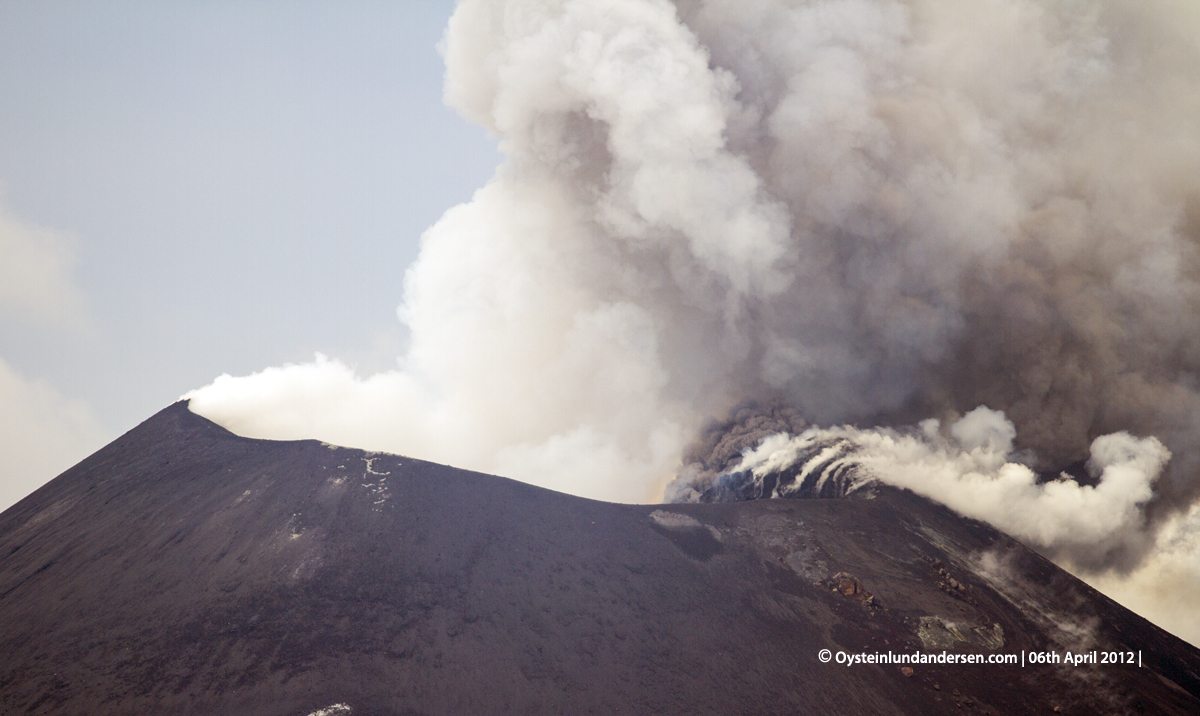 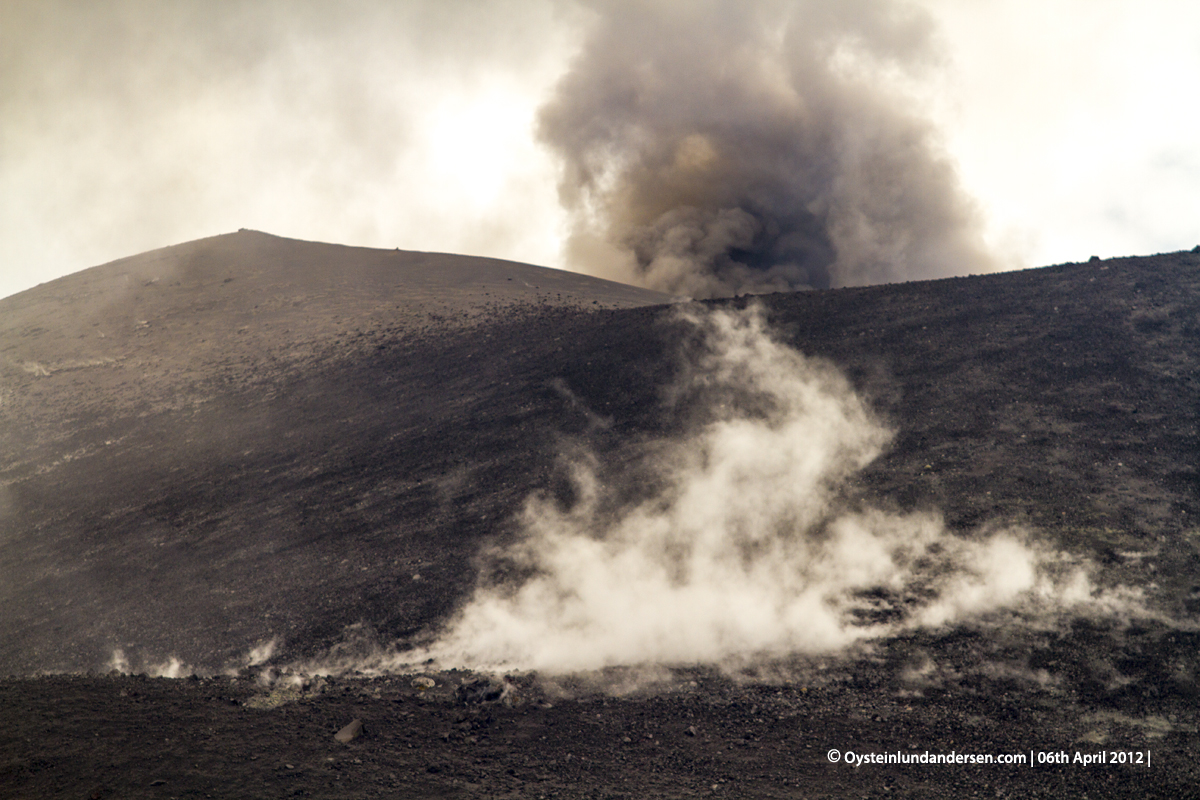 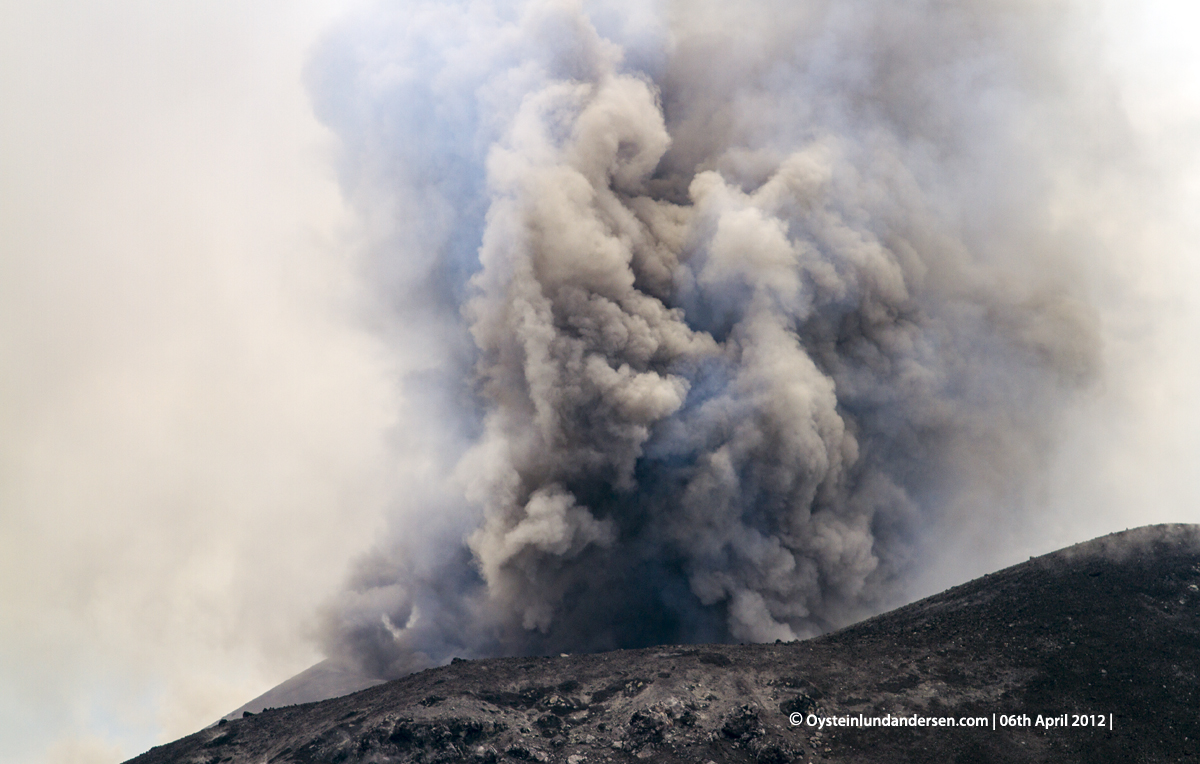 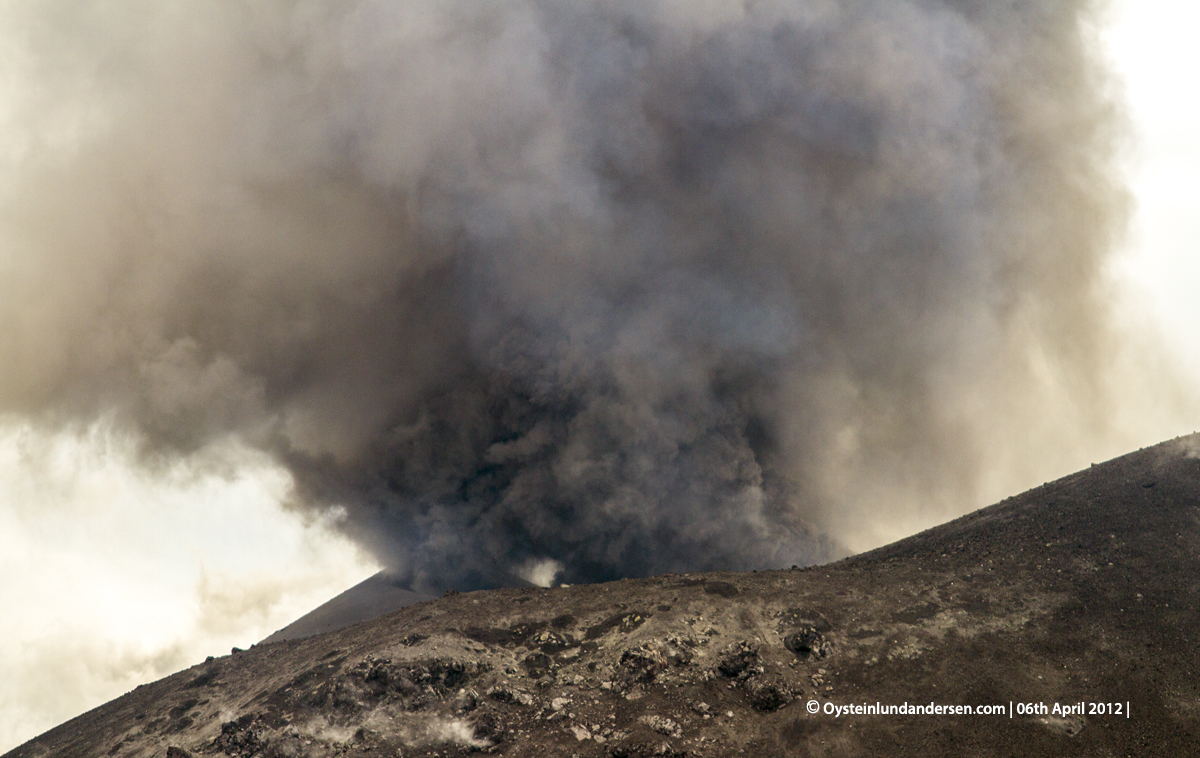 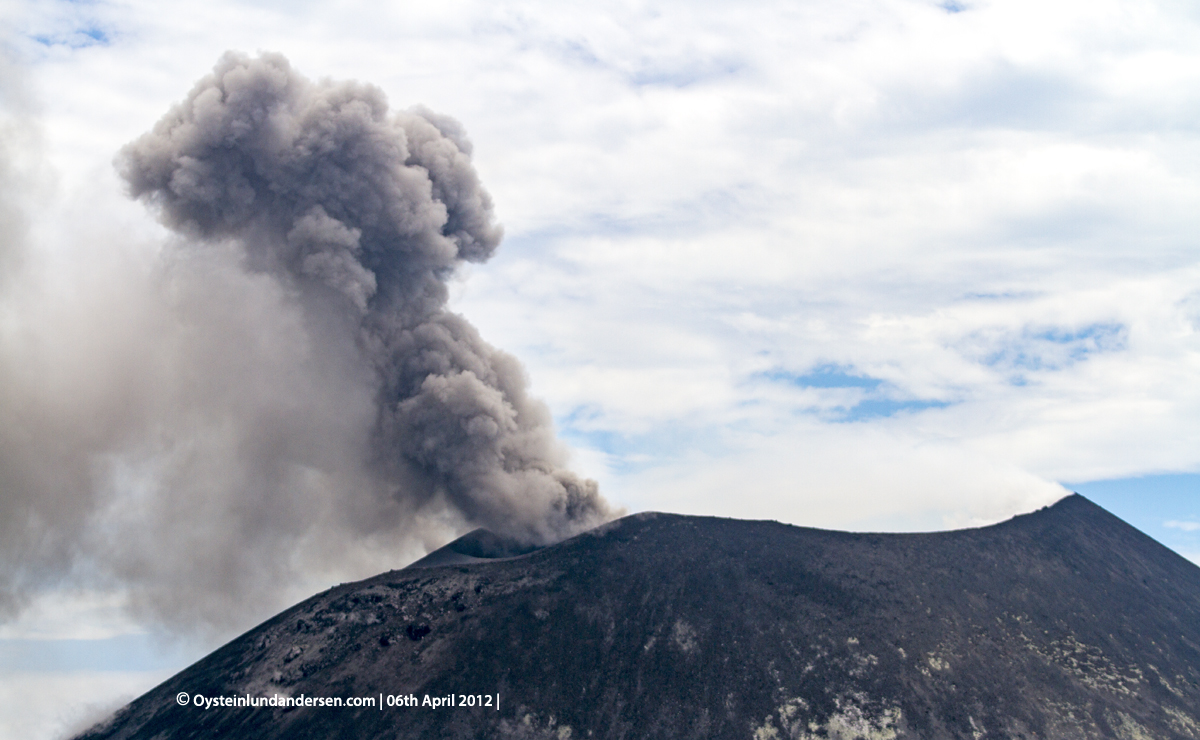 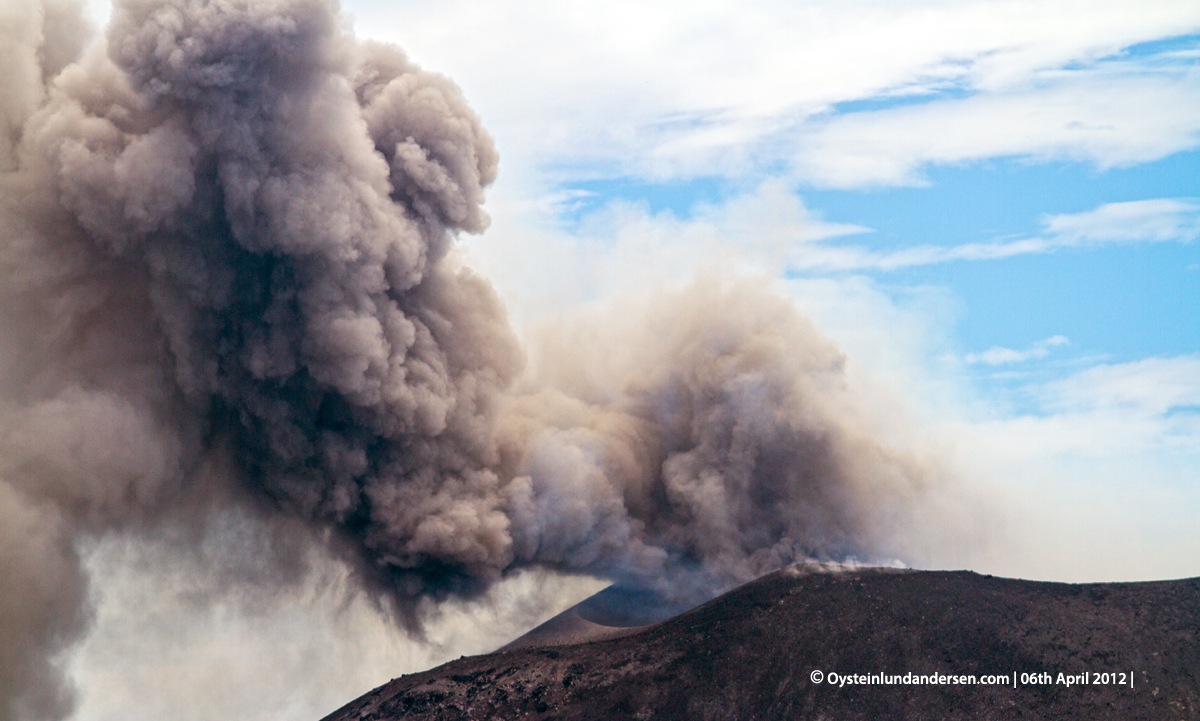