Type of activity observed:  Anak-Krakatau erupted on the 11-12nd of March 2013, the first confirmed eruption after the September 2012 eruption, according to the Indonesian Volcanological Survey (PVMBG) in Pasauran, West Java. The Seismograph was partly damaged in the eruption, but was up and running on the a week later. A part of the the seismic signals recorded on the 11th March by PVMBG in Pasauran are shown in a photo under. Seismic reading on the day I visited (22nd March) show only show low levels of activity (see video further below). The day before (21st March) only 53 shallow earthquakes were recorded.

The next day (23rd March), during a visit to the Anak-krakatau cone,  I found evidence of the March eruption on the eastern side of Anak-Krakatau. Many blocks of lava had impacted the flank of the old crater rim (photos shown below). The new material differ from the September eruption. The September eruption expelled basalt rocks (juvenile material) of brown color, however the March eruption consisted of heavier more silica rich grey rock. (Andesite) and was not aerodynamic. The MODIS hotspot thermal monitoring of global hot-spots did not show any thermal activity at or around these dates, so the eruption must have been fairly brief.

During my visit on the 22-24th March only a small irregular cloud of gas was emitted from the crater of Anak-Krakatau, that reached 3-400meters on a calm day. The gas cloud was emitted from two different sources on the south-western part of the crater. During the two nights I stayed, I observed a small area of red-glowing material in the south-western corner of the crater, the same area where the gas is emitted.

Note: One reader of this report have suggested that the eruption may have been a phreatic event, not magmatic, and the material erupted being lithics. 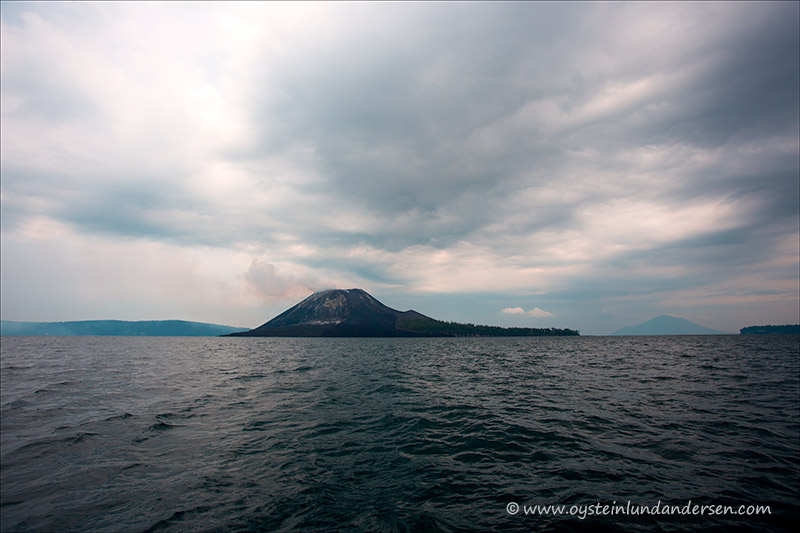 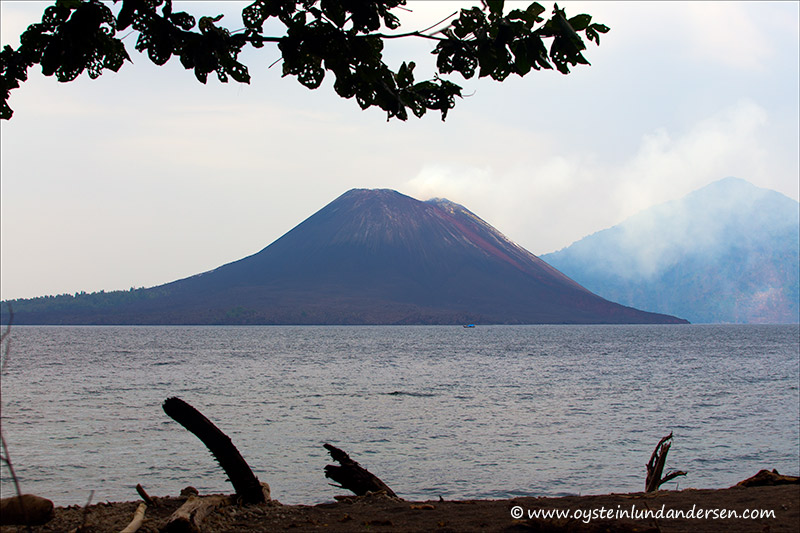 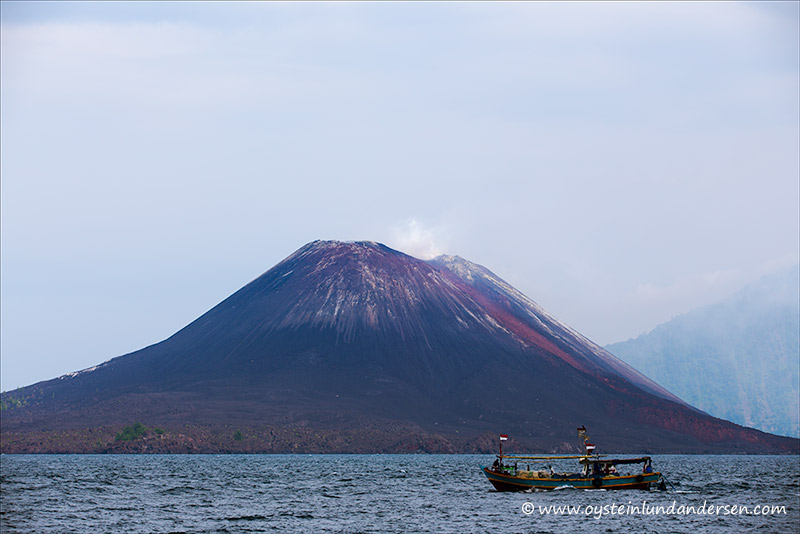 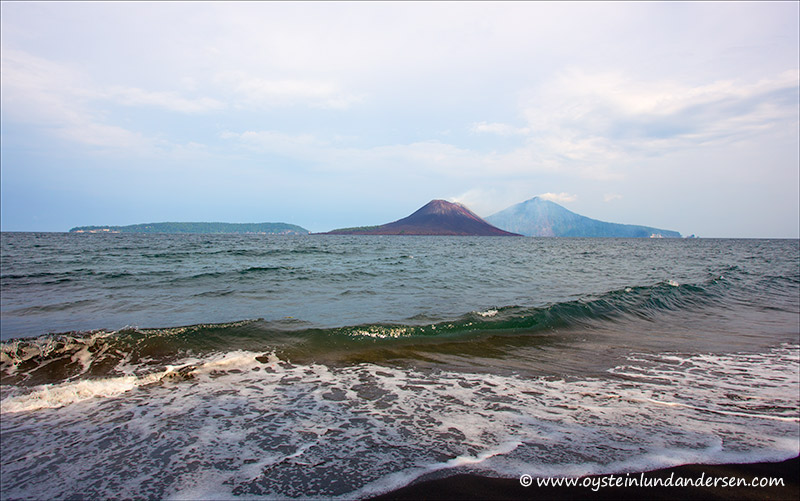 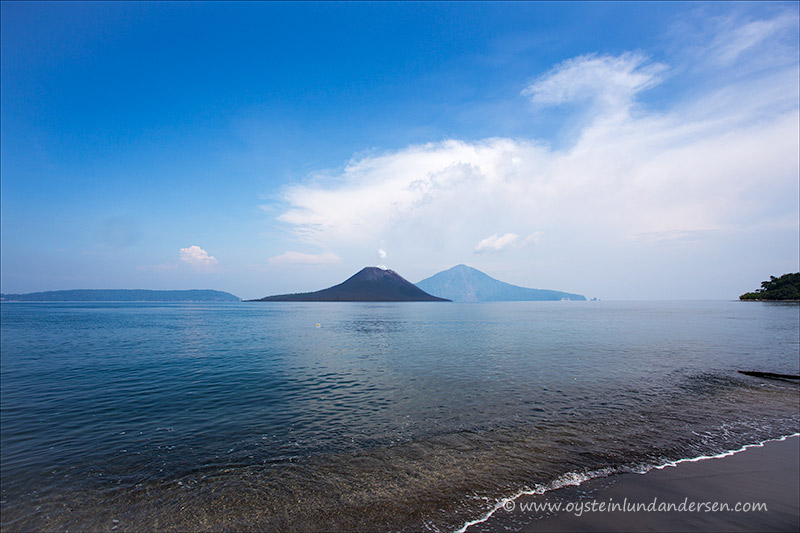 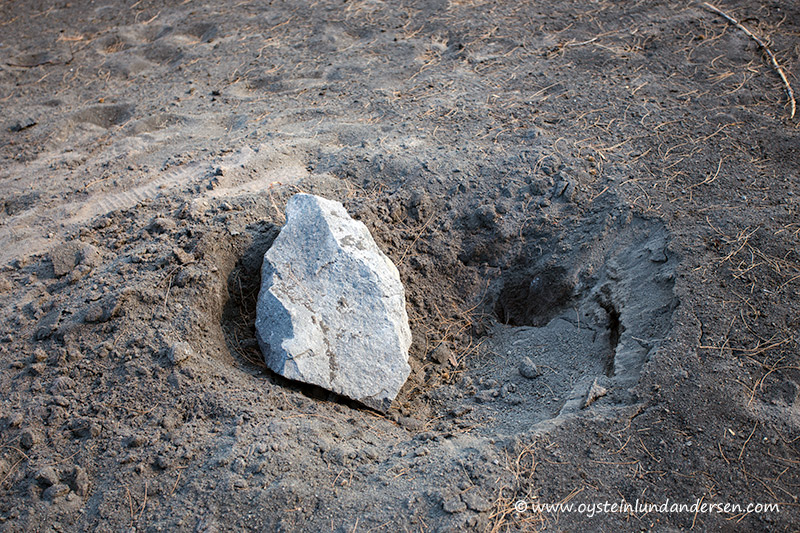 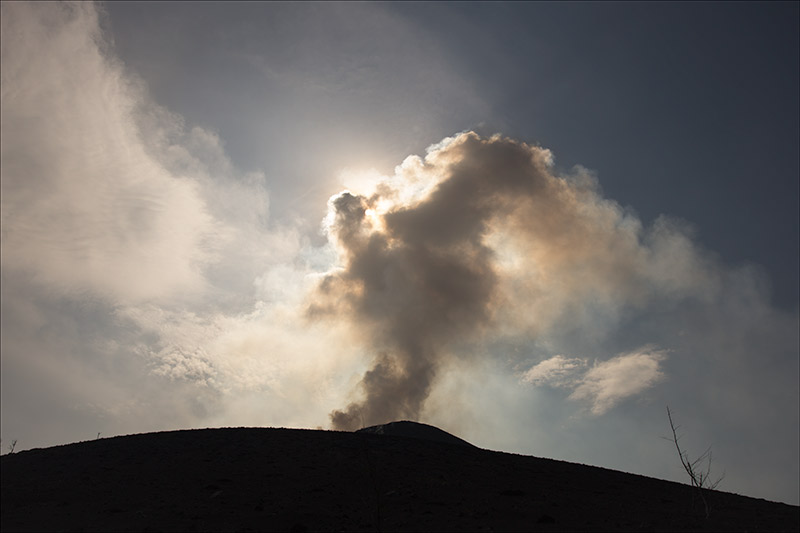 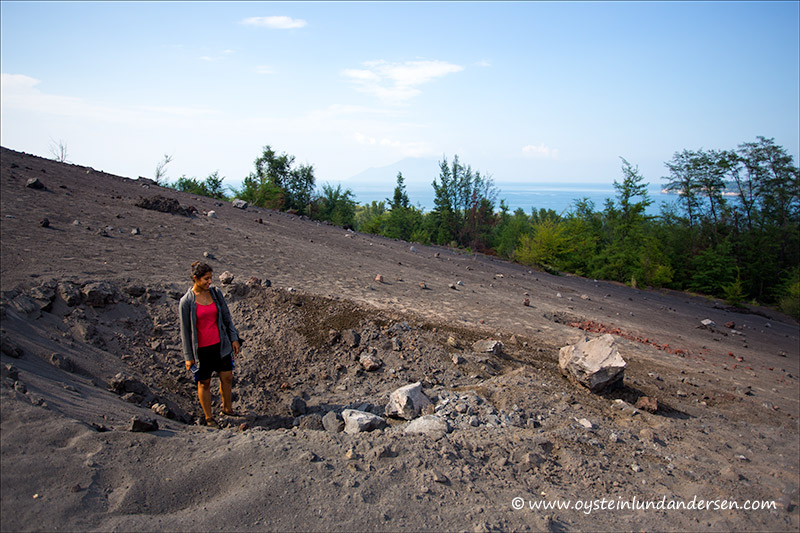 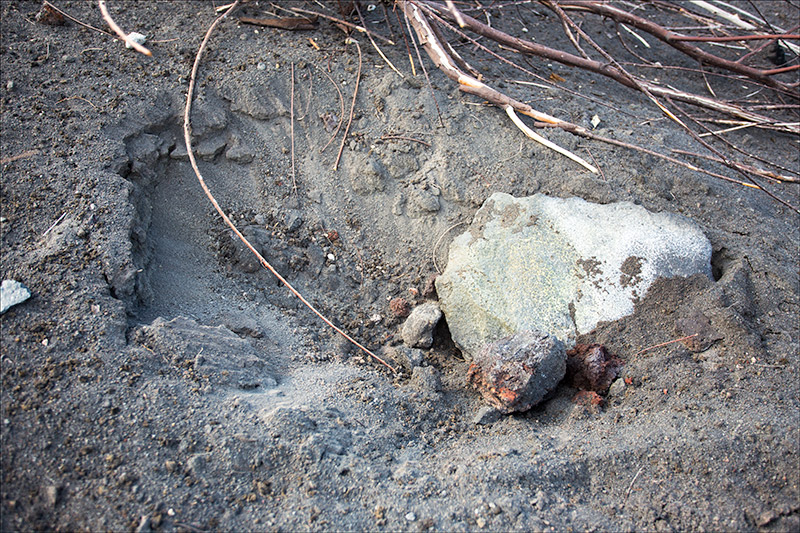 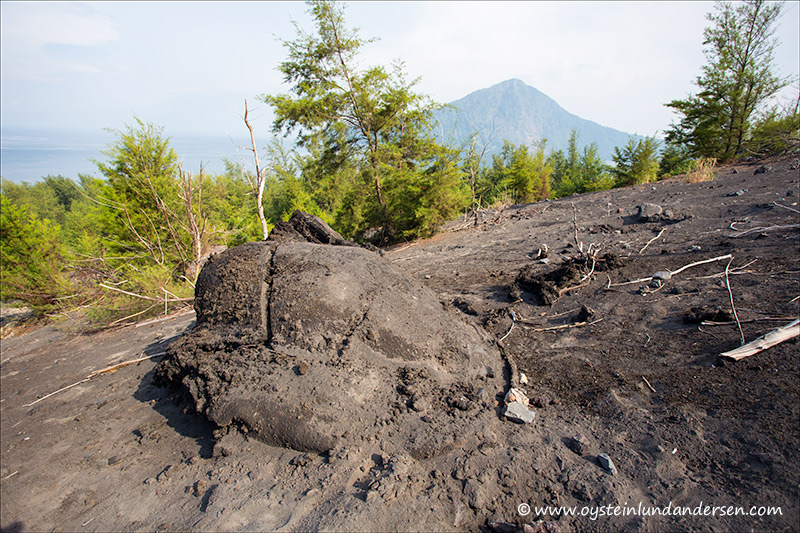 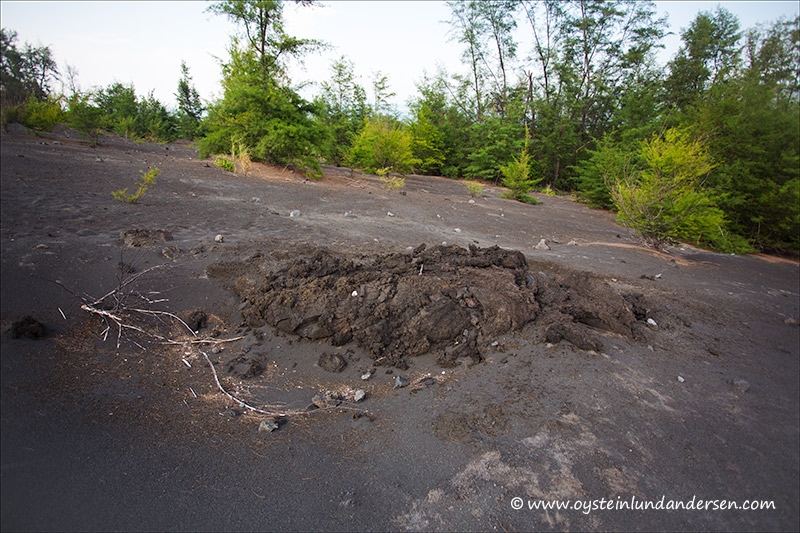 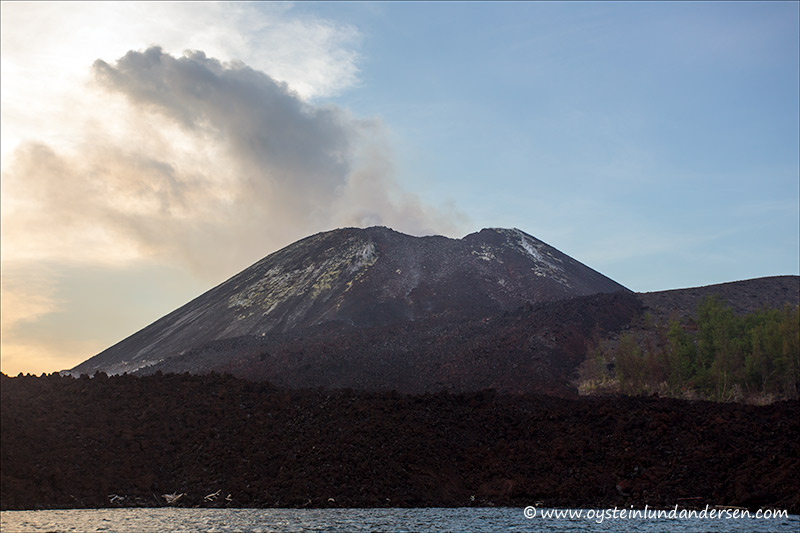 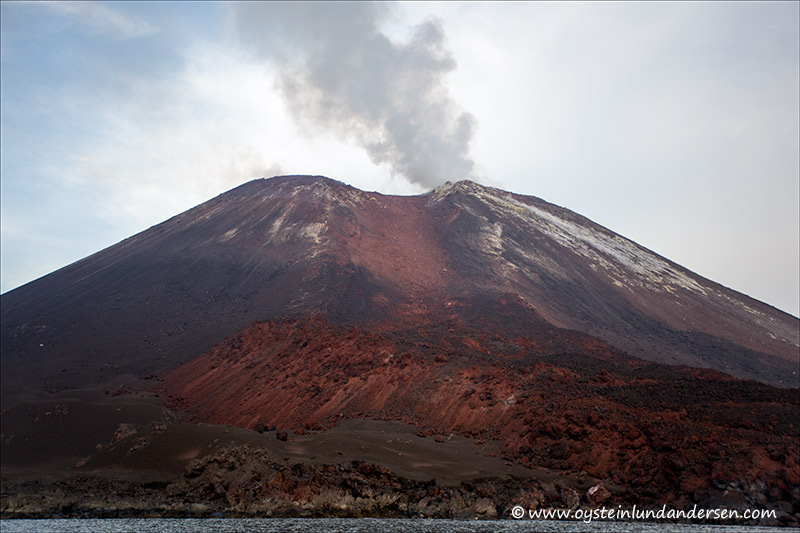 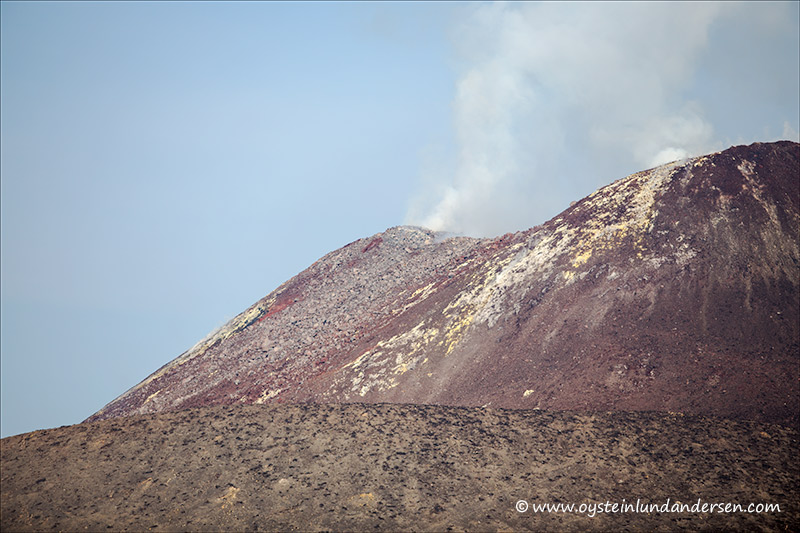 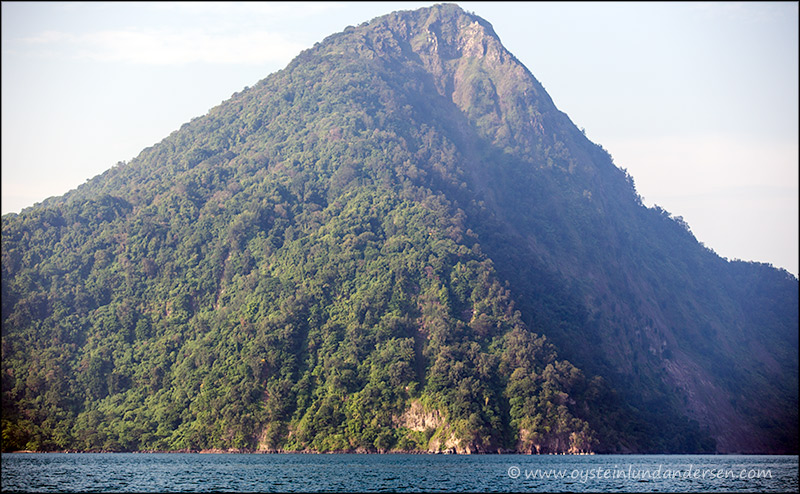 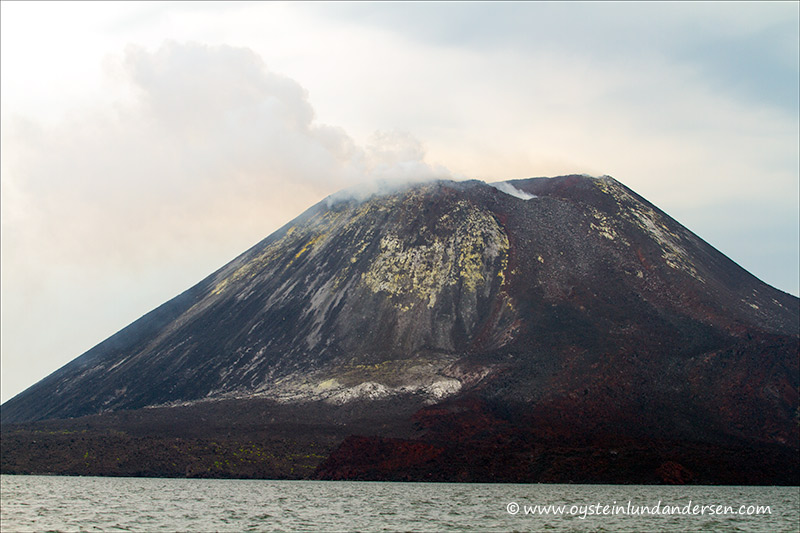 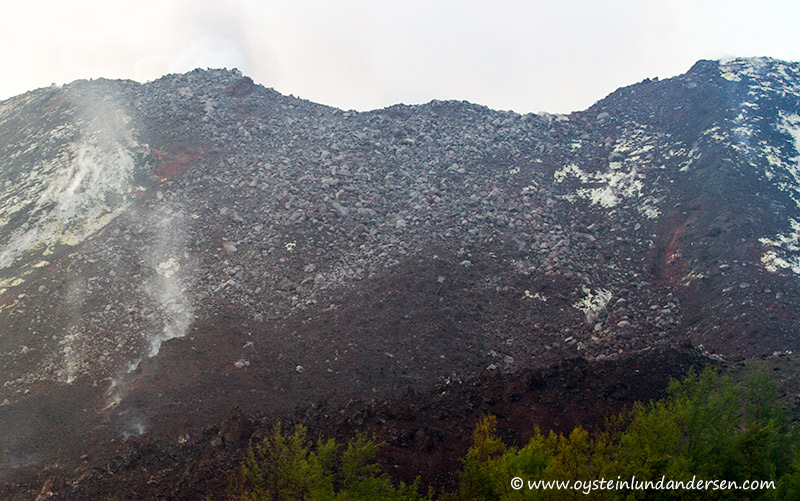 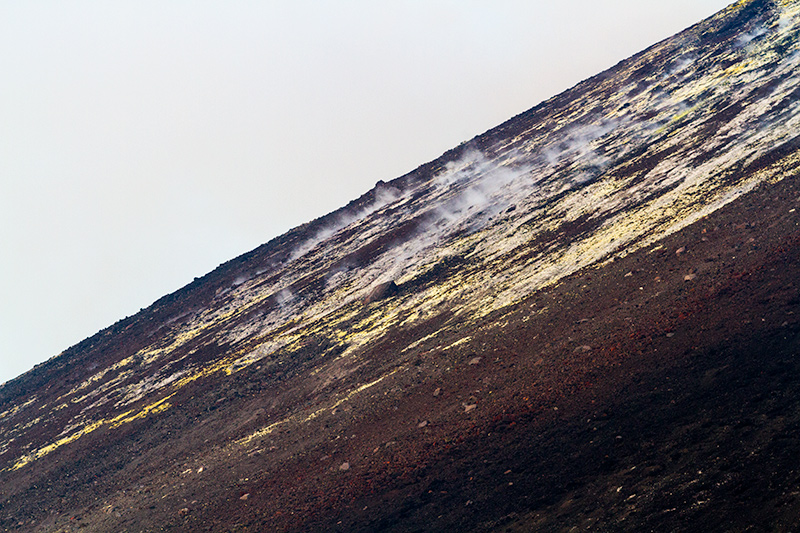 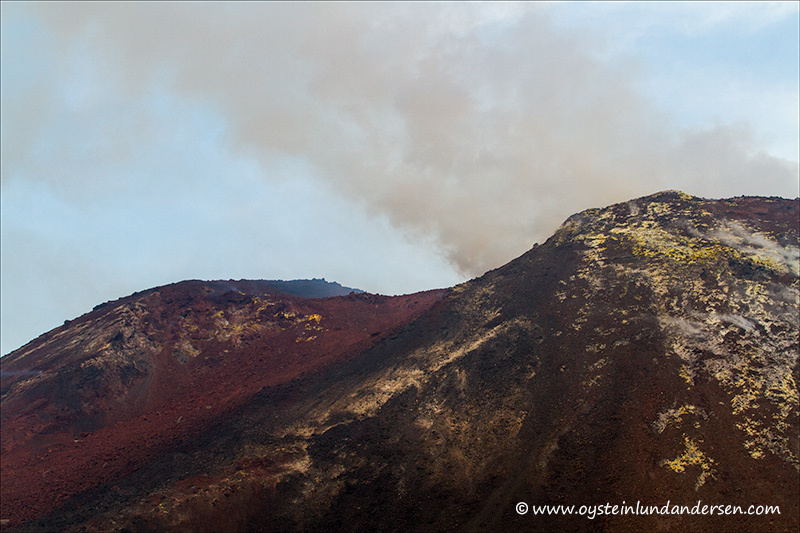 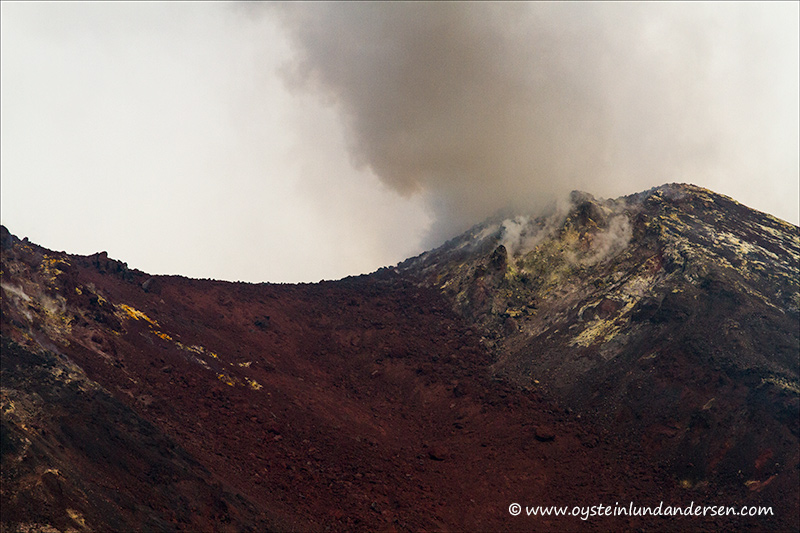 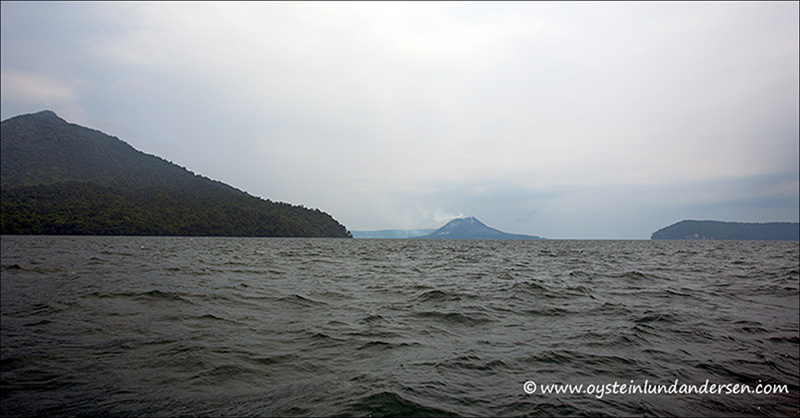 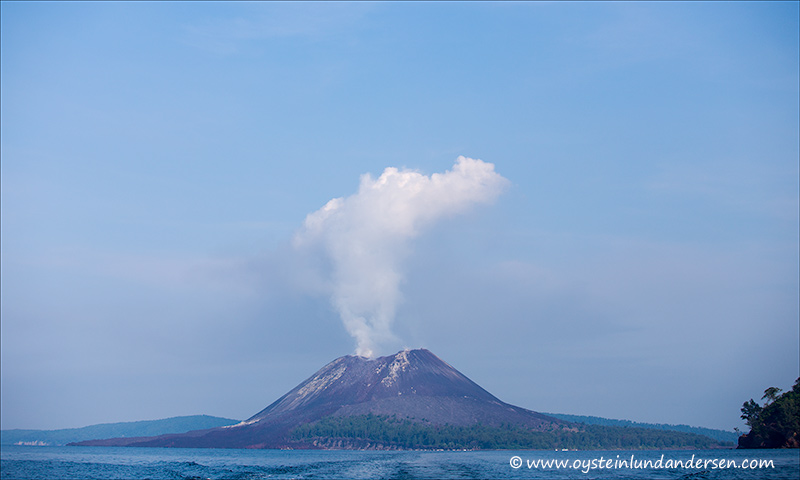 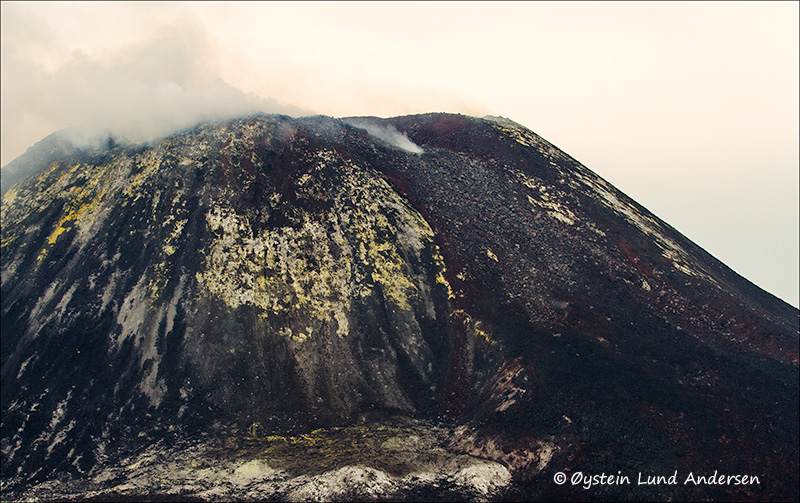 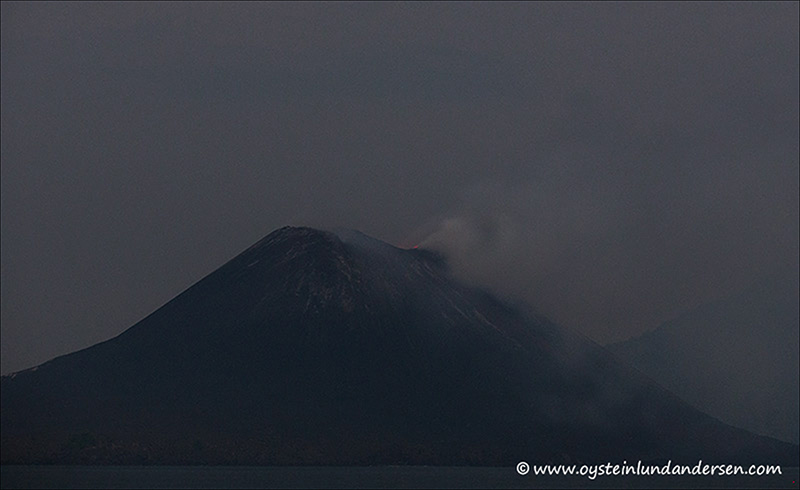