Type of activity observed:  Anak Krakatau have erupted several times in March. The first eruptions in March (11-12th) were noted based on interview with PVMG officials at the Krakatau in Pasauran, West java, and with rangers from the Lampung Forestry department, the latter who were present at Anak krakatau at the time. These eruptions seem to have taken place trough a vent on the S/SE part of the crater, just above the western lava flow of Septmber 2012. I posted photos of traces of this eruption(s) and an seismograph reading from the PVMG in an earlier post ( March (1) )

An eruption also occurred on the 28th March, my field camera based on Verlaten island captured (photo and video of) this eruptive activity at 08:56 local time. The eruption originated in the northern part of the crater, the eruption column seemed to have collapsed and resulted in an pyroclastic flow down the northern flank. The next video recorded was at 13:07, where no eruption was ongoing.  An video recorded the same afternoon, at 17:16, also shows an eruption, this time the eruption also originates in the northern part of the crater. MODIS hotspot thermal monitoring of global hot-spots captured this hotspot on the 28th, the center of the hotspot correlates with the area of activity (plume was heading north)

In a photo comparison of the northern flank of the volcano (photo no.1), one photo taken 23rd March and the other the 29th March. When I compared both photos it was obvious that the crater wall have been damaged and altered (a huge chunk of the wall vanished) within this time frame, and you can see rocks have been sliding down as well. The eruption in the morning of the 28th that I captured on video, that was accompanied by a small pyroclastic flow (column collapse), might well have been the event that resulted in this.

After my arrival on Krakatau on the 29th, I witnessed an eruption that started at 12:36 and lasted for 1 hour and 11 min. This eruption took place in the S/SW part of the crater (contrary to the origin of the eruption that took place the day before), from what seemed to originate from a vent above the september 2012 lava flow on the western side of the island (also the origin of other eruptions in March). The eruption at 12:36 also created a small pyroclastic flow that descended 100m down the southern part of the flank. 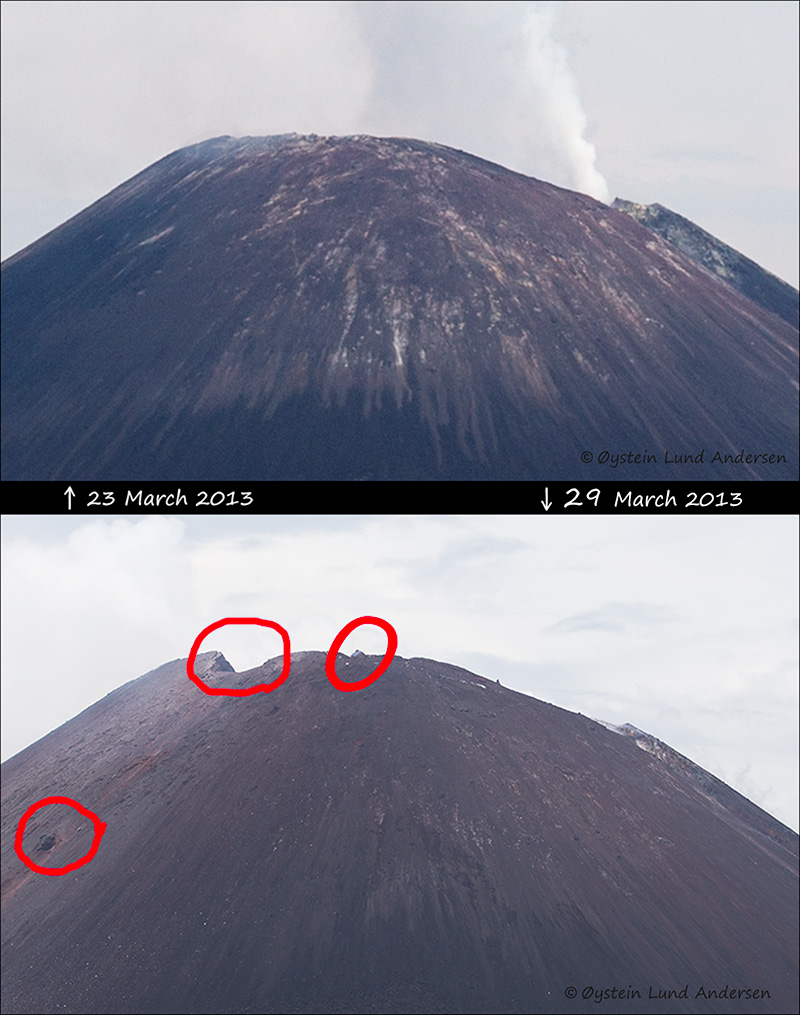 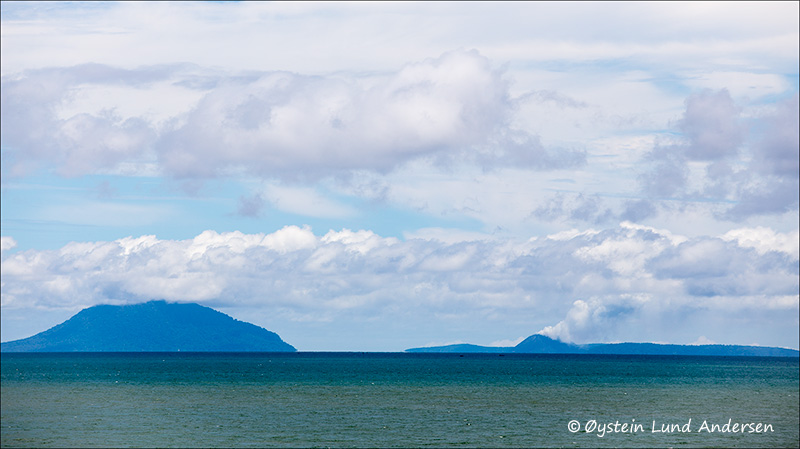 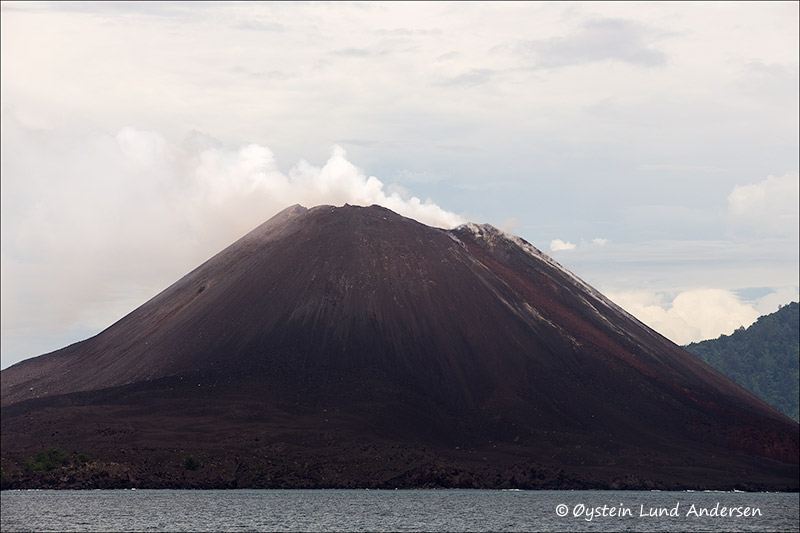 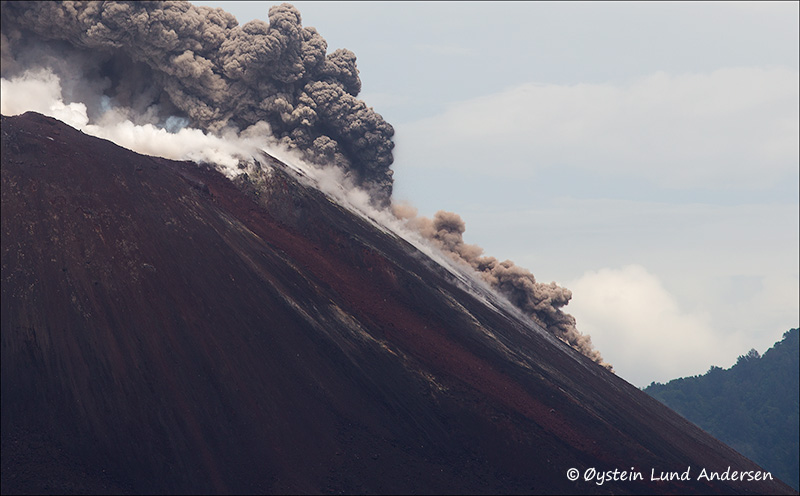 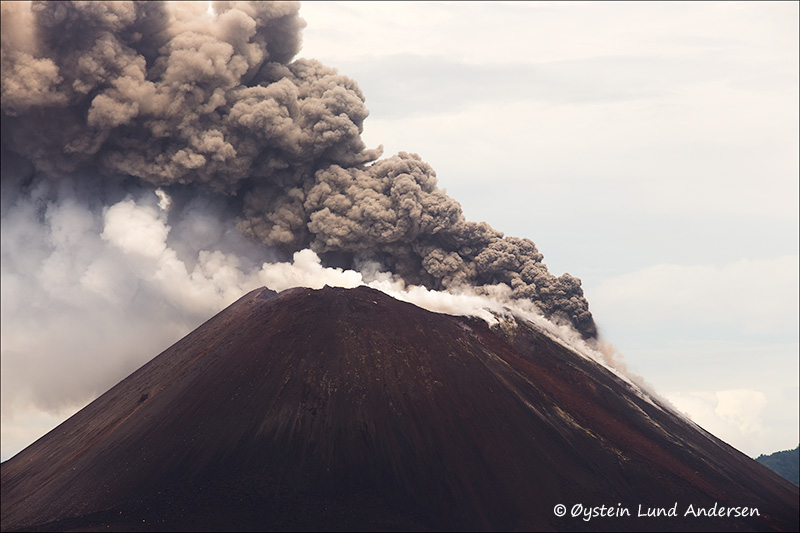 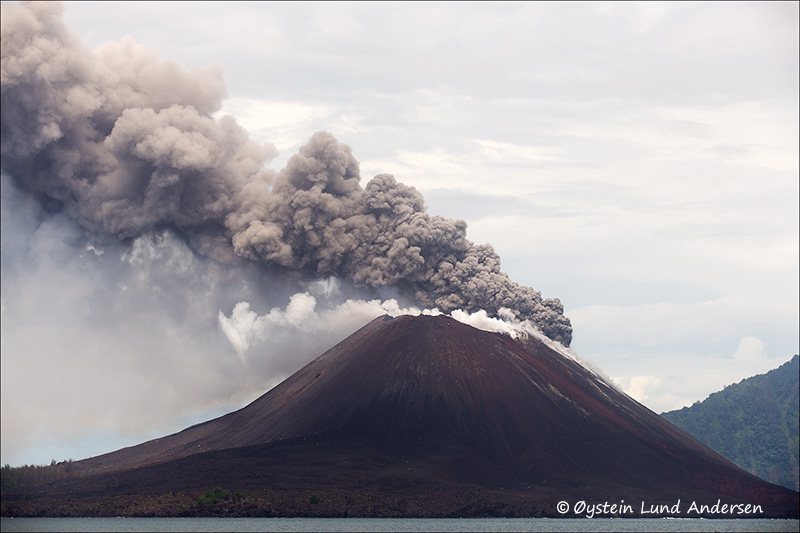 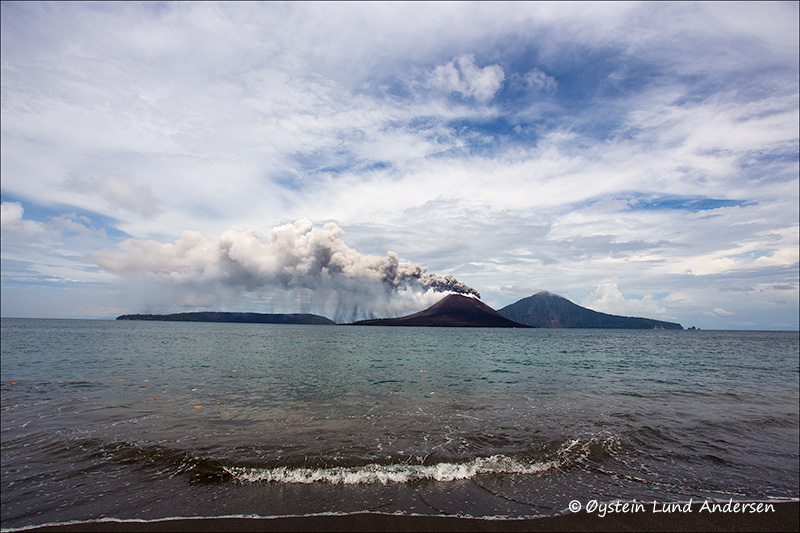 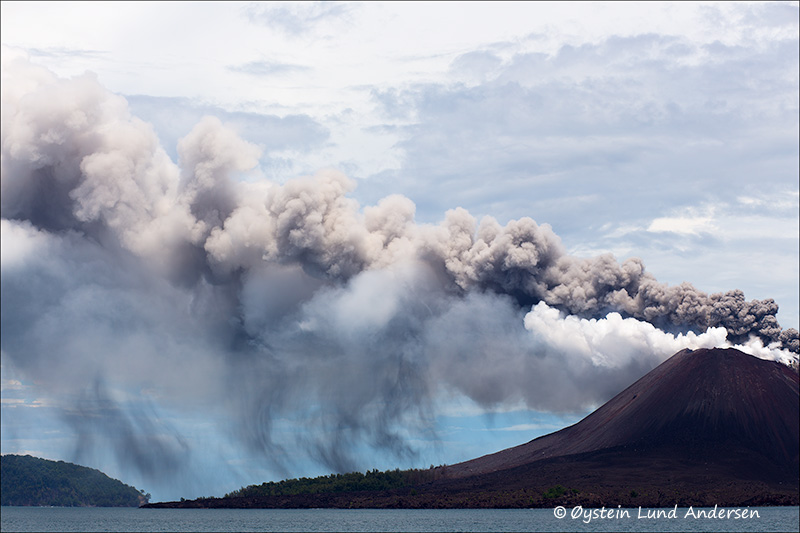 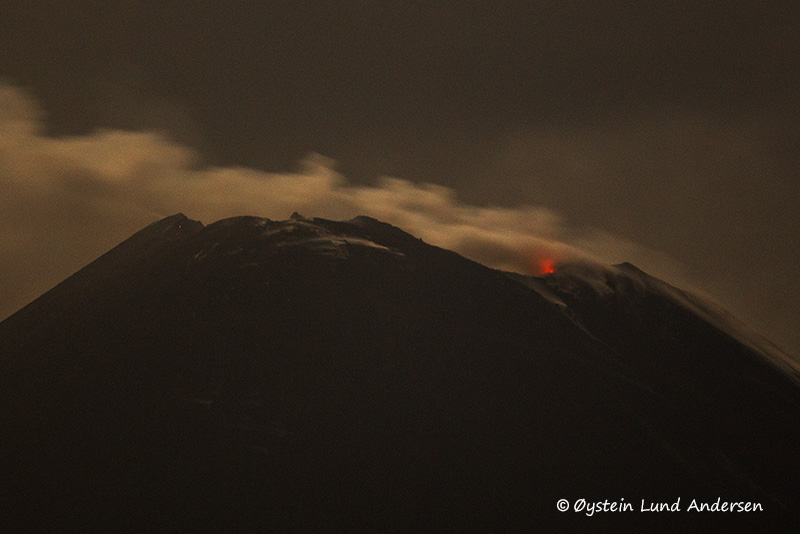 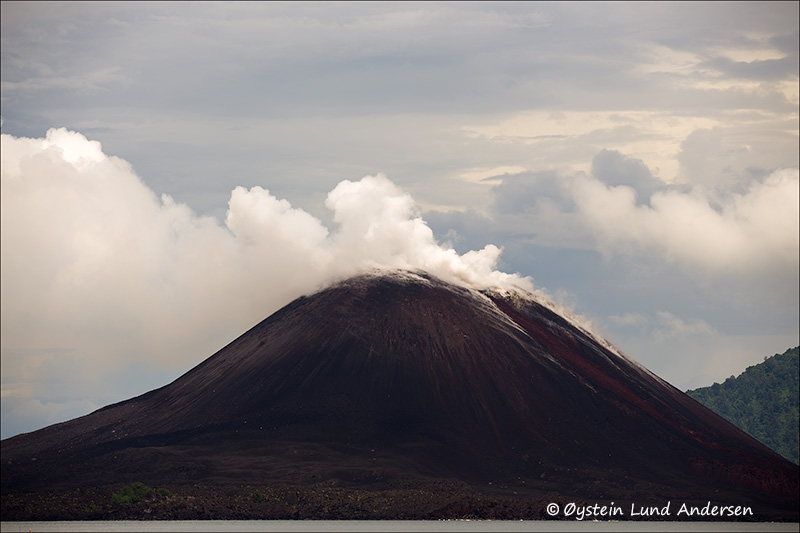 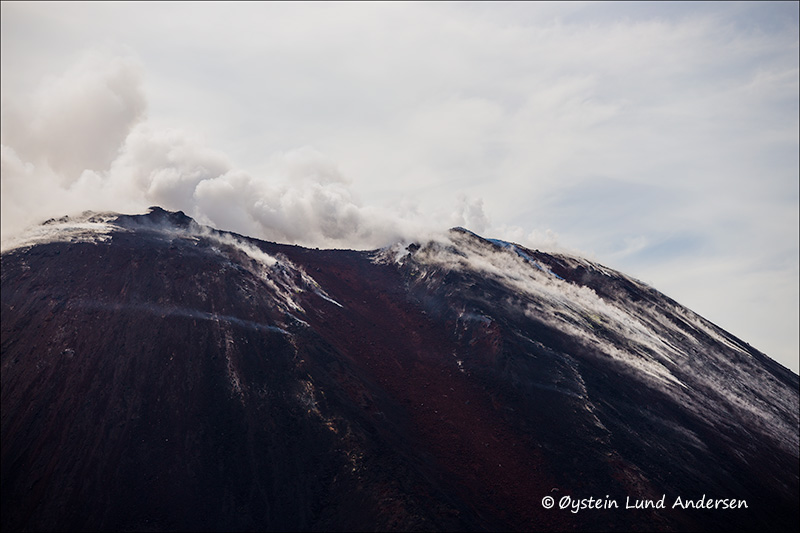 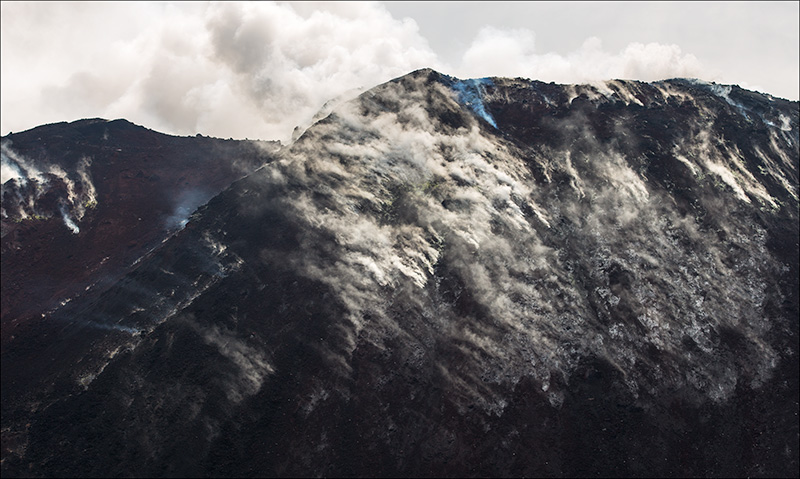 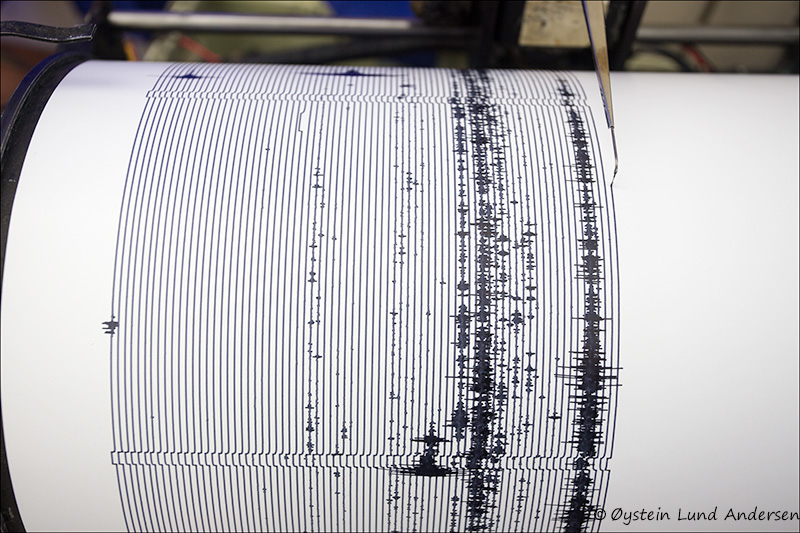 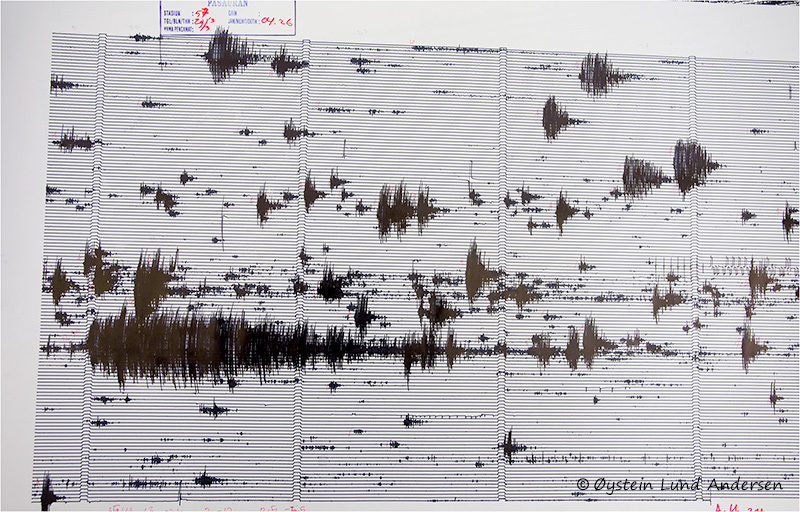 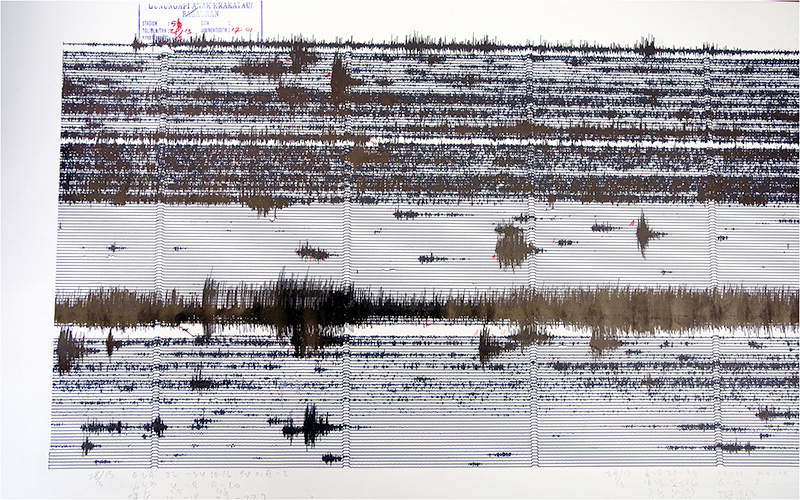 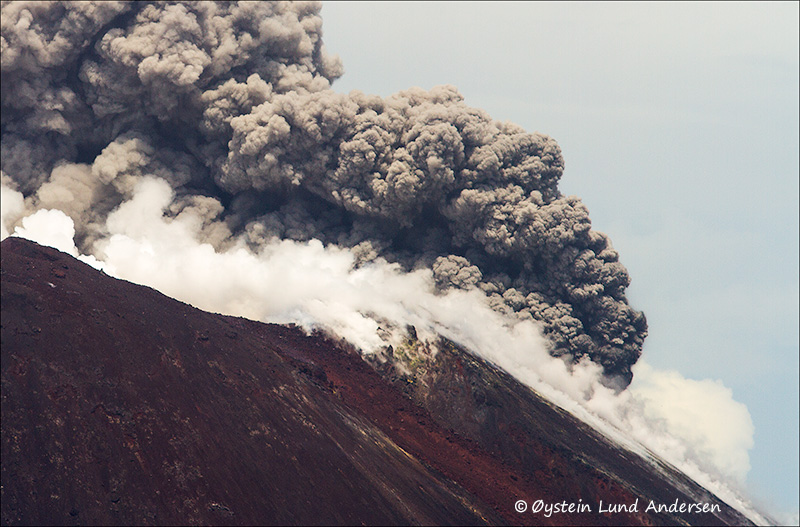 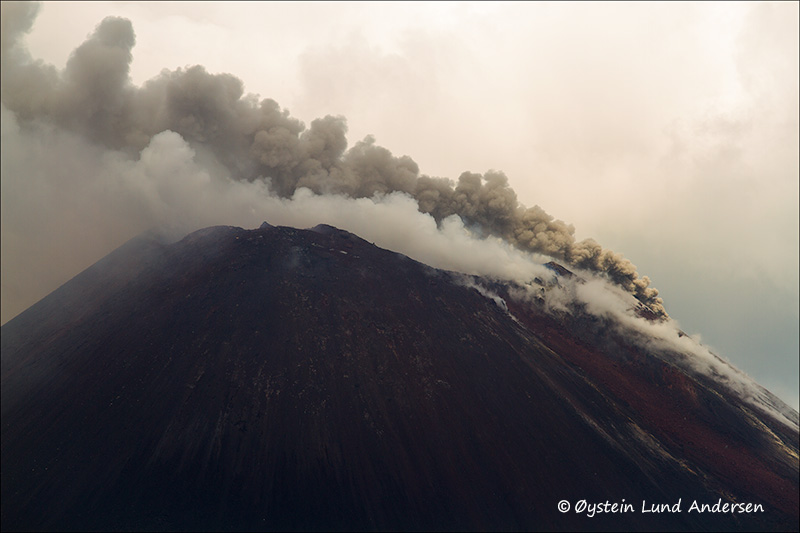 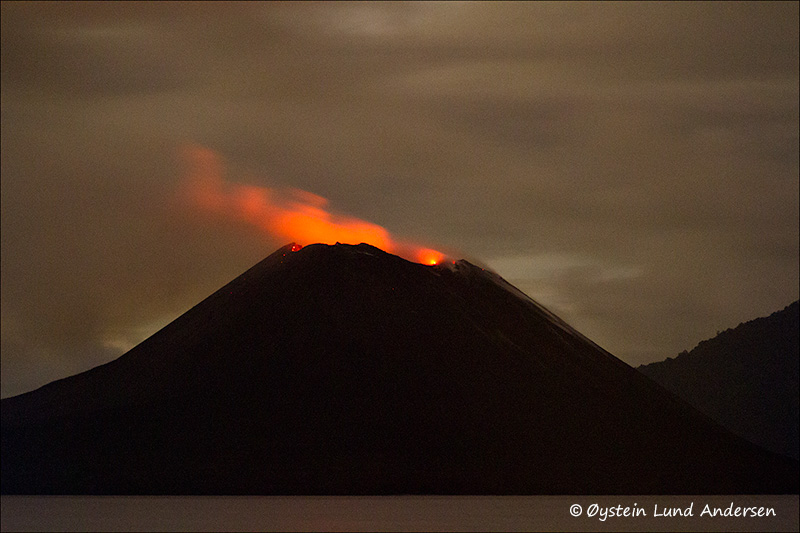 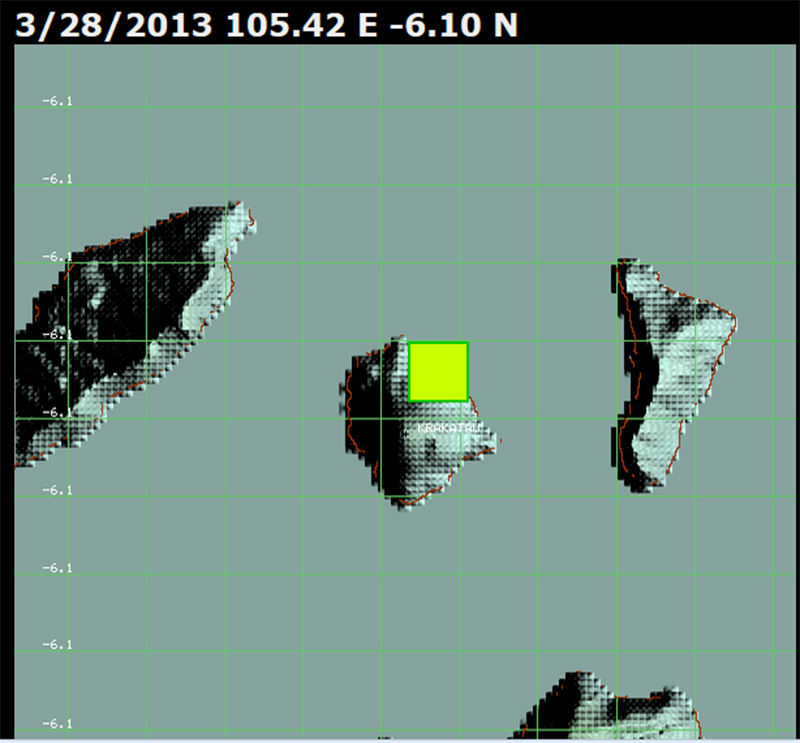