The Krakatau observatory (PVMG) in Pasauran reported a sharp increase in shallow earthquake volcanic-A in the first week of November, accompanied by volcanic tremor. The seismic reading in photo no. 1 shows the increase of volcanic-a type earthquakes on 8th November. The officer on duty on the day of the visit to PVMG also claimed Krakatau had a short-lived eruption on the same day (lasting 1-2 hours) around 12:00-1400 during midday. My remote-camera at Krakatau took photos at around the same time of the day, but did not pick up any activity. Forest-rangers present at Krakatau who I spoke to, had also not noticed any eruption at this time, or at any time during their stay in November.  I figure the event observed by the duty officer could have been a sudden release of a larger amount og gas, since no eruption containing visual material was observed.

The gas emission of Anak-Krakatau seem to have increased the last month. The S/SW part of the crater seems to emit the most gas, however other parts of the crater also at times emits steady plumes of gas (see photos 14, 15) During the evening of the 9th November and morning of the 10th November, the crater showed a pulsating red-glow that most likely corresponds to increased pressure in released hot-gasses (see photos: 13-16). The red-glow from the crater was much stronger than observed on any other of my visits the last 6-months.  During the evening of the 10th November and morning og the 11th November, no red-glow was observed.

My remote camera stationed on Krakatau recorded ash-venting on the 31th October (14:47 local time) Photos taken 2 hours before and after this event, showed no eruption or ash-venting. Because of the time lapsed before/after the occurence on 14:47, it is difficult to say if the photo show: an precursor to an eruption, the aftermath of an eruption or only a independent ash-venting event.

Other notes: Rainfall on the 9th November may well have been partly responsible for the heavy gas-plumes seen on 9th November photos. 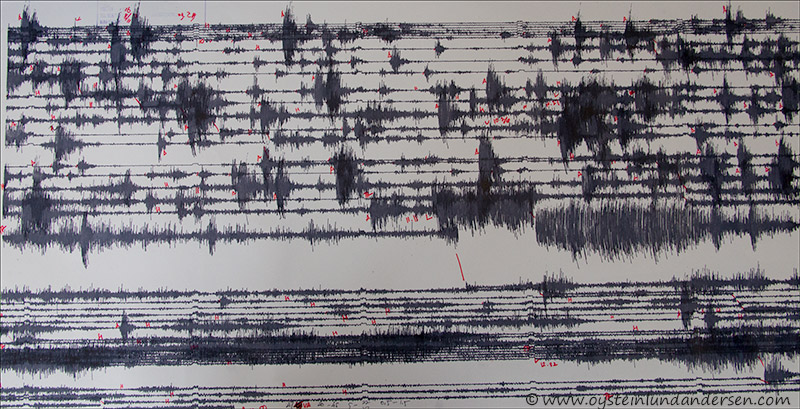 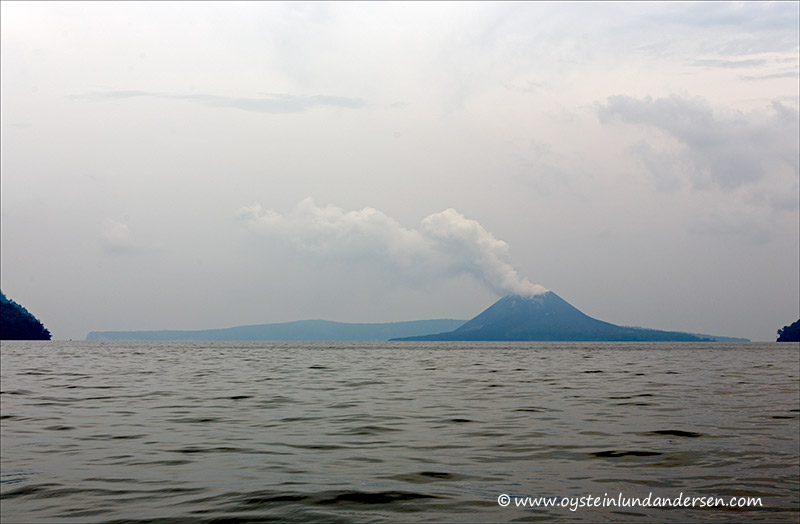 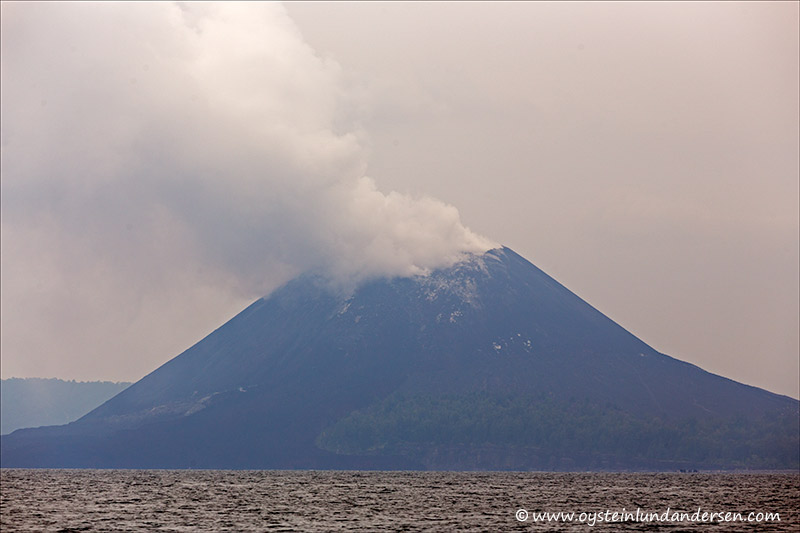 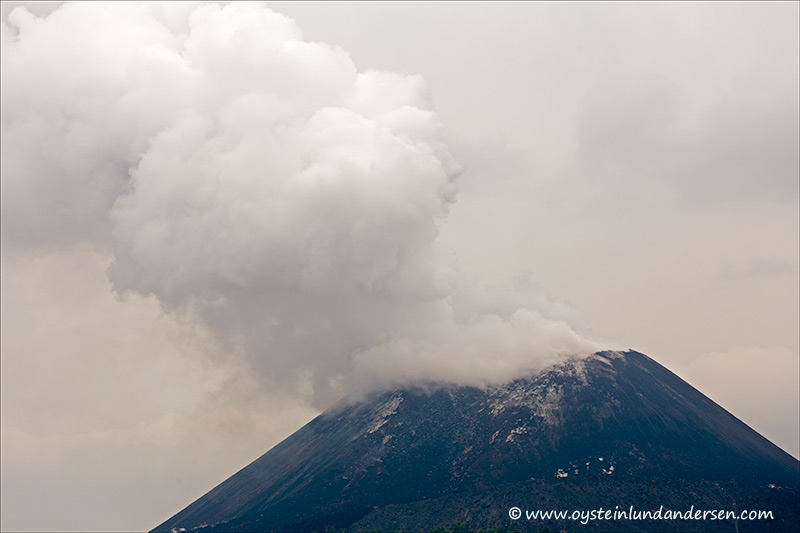 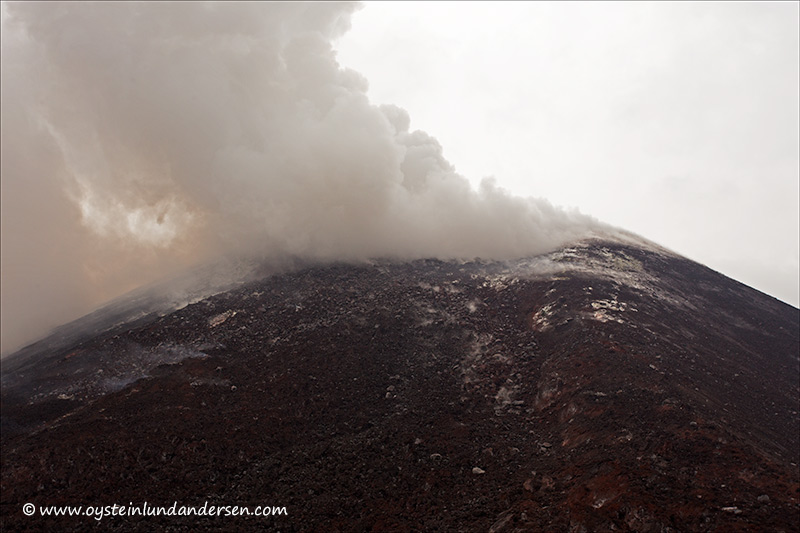 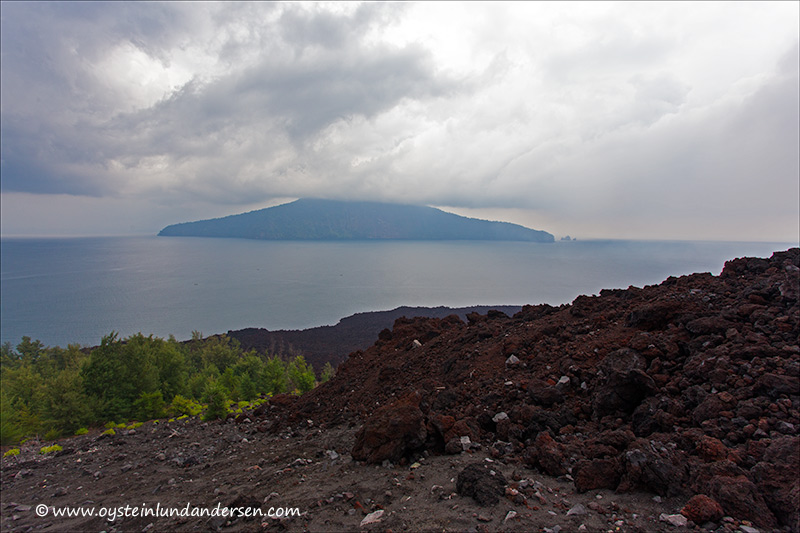 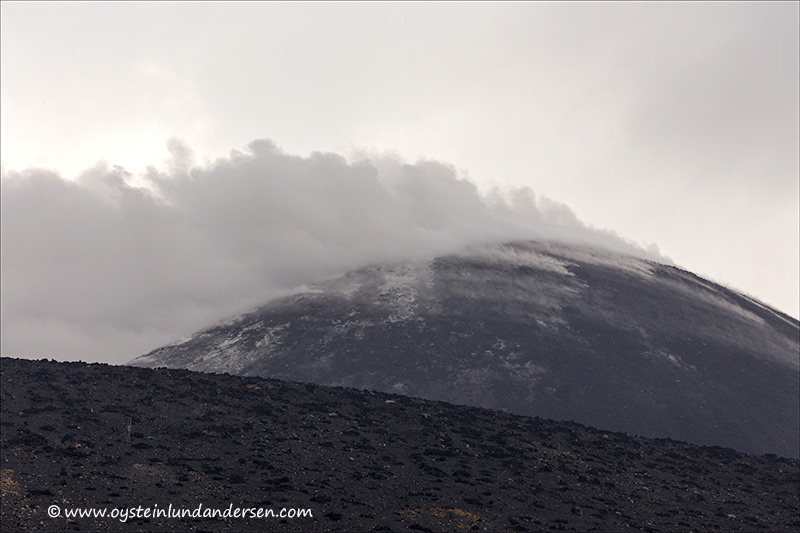 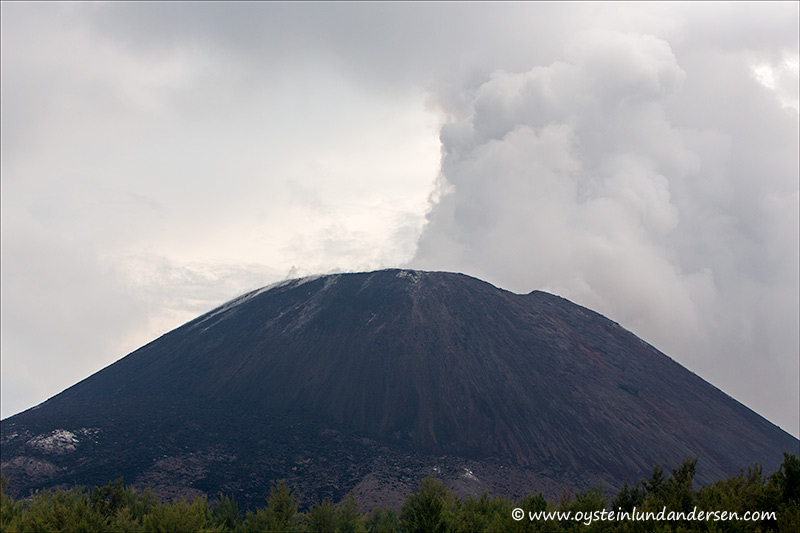 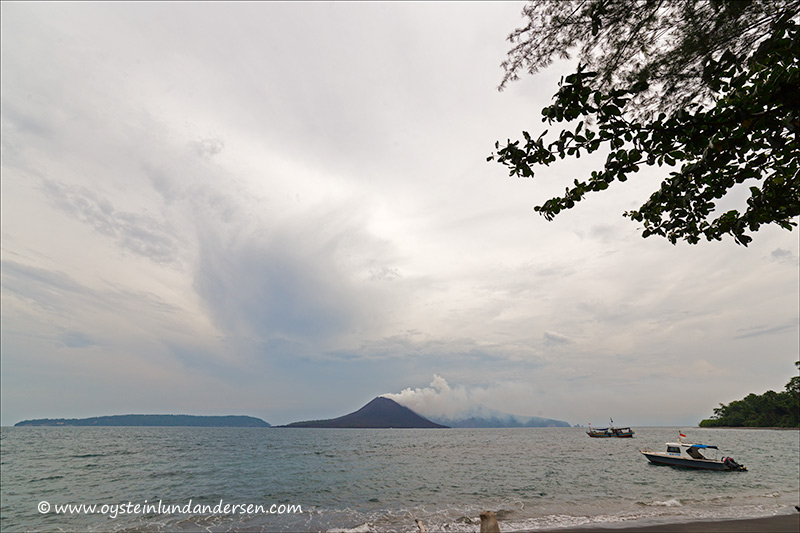 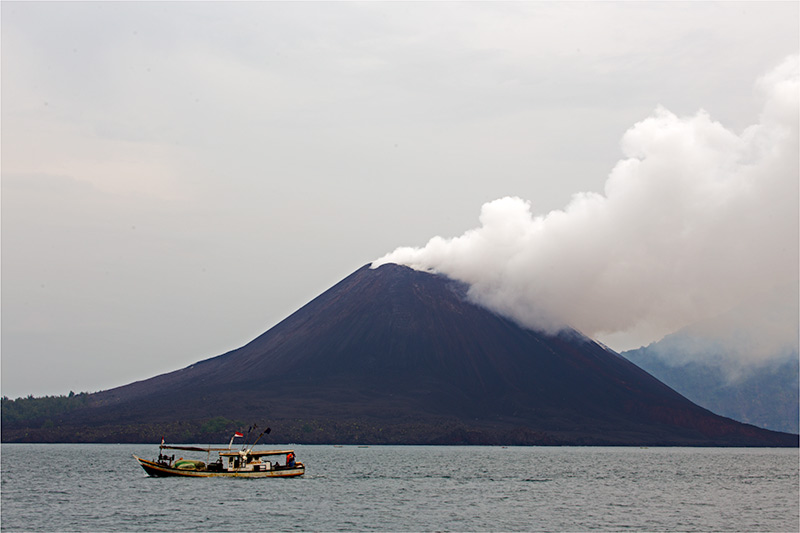 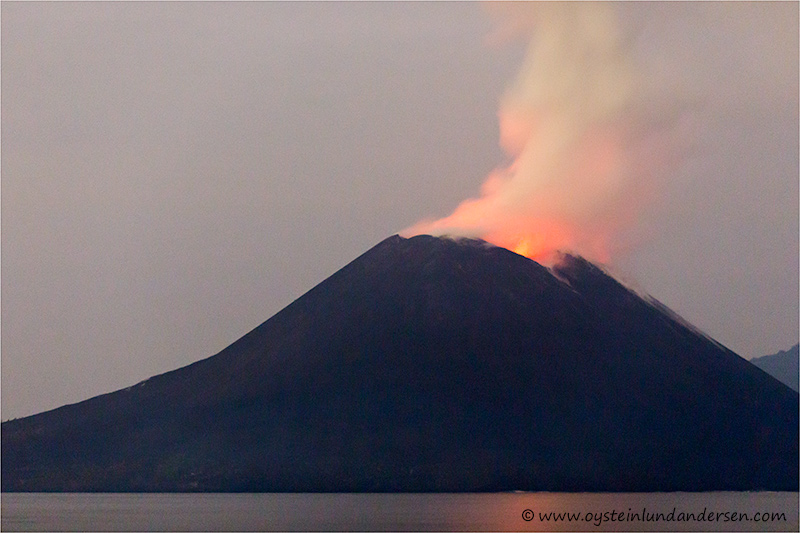 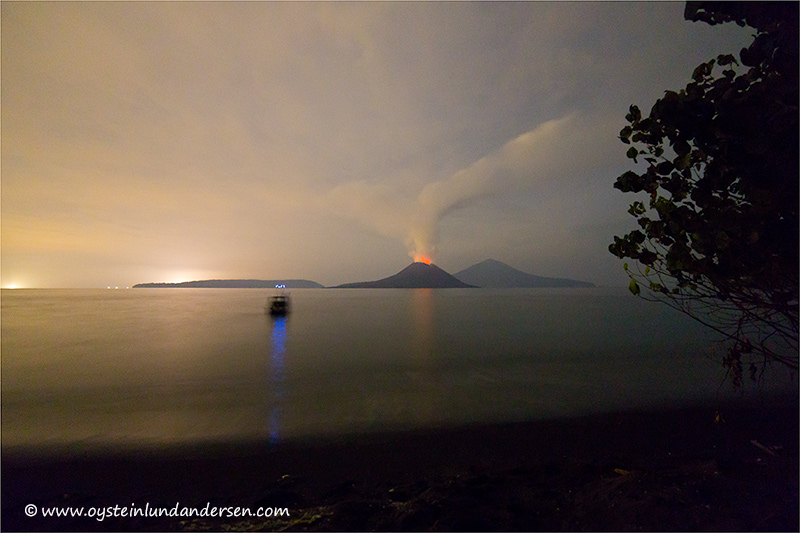 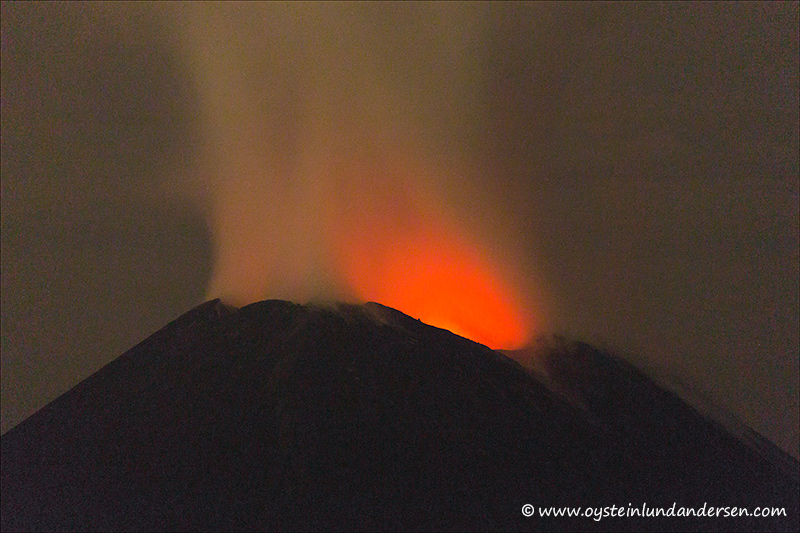 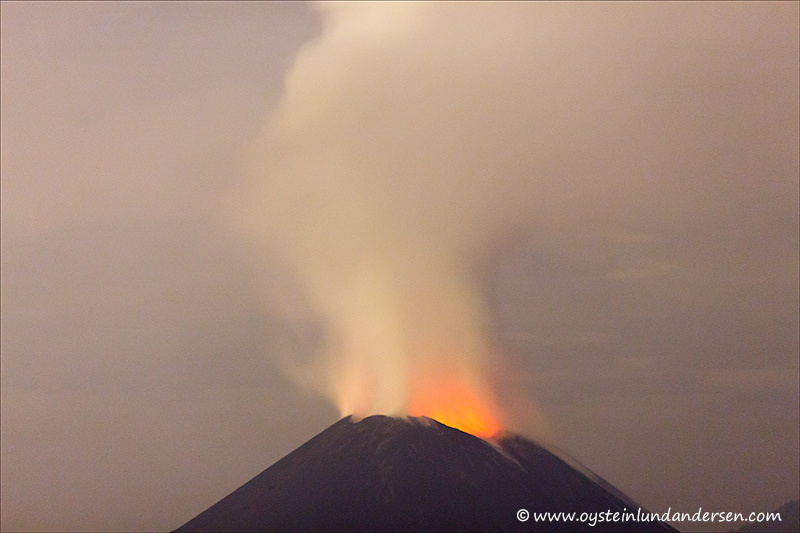 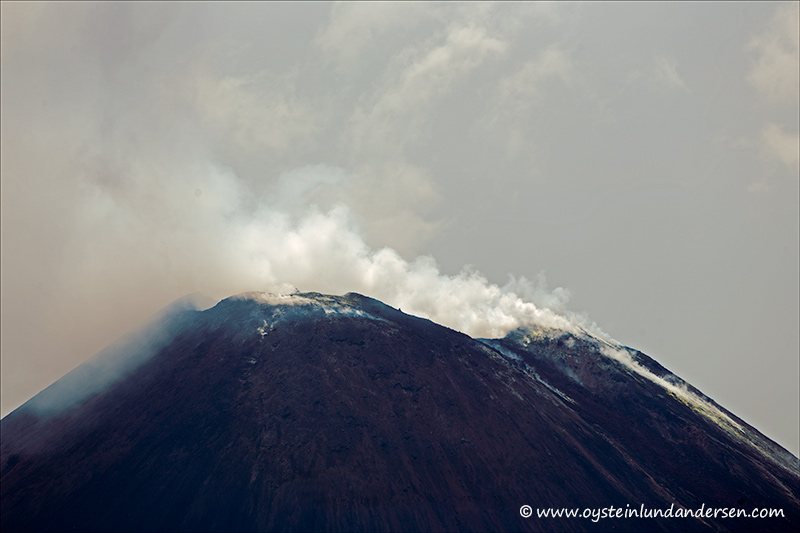 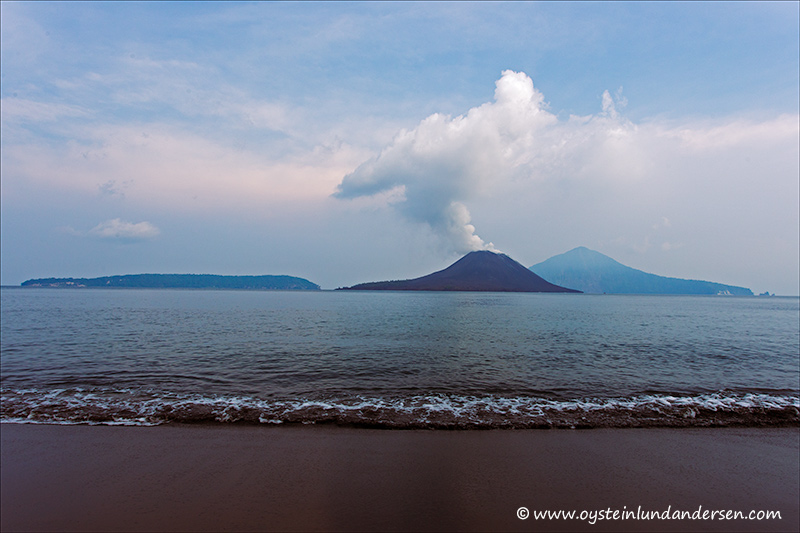 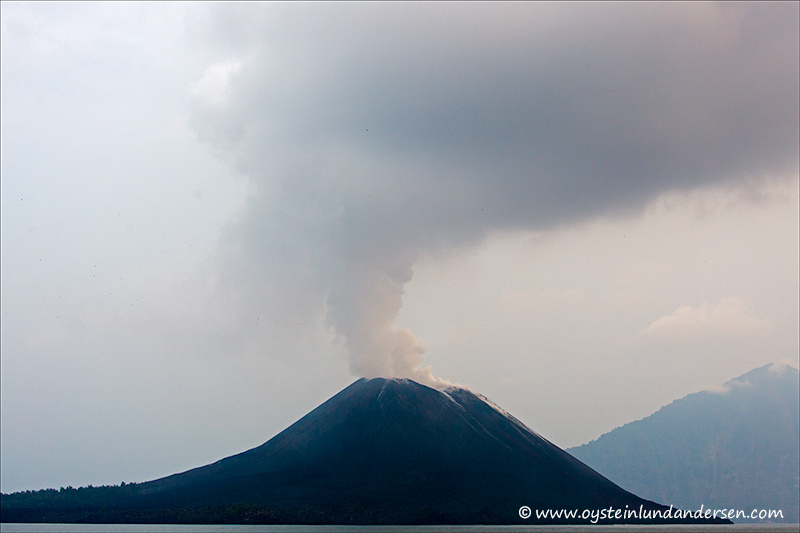 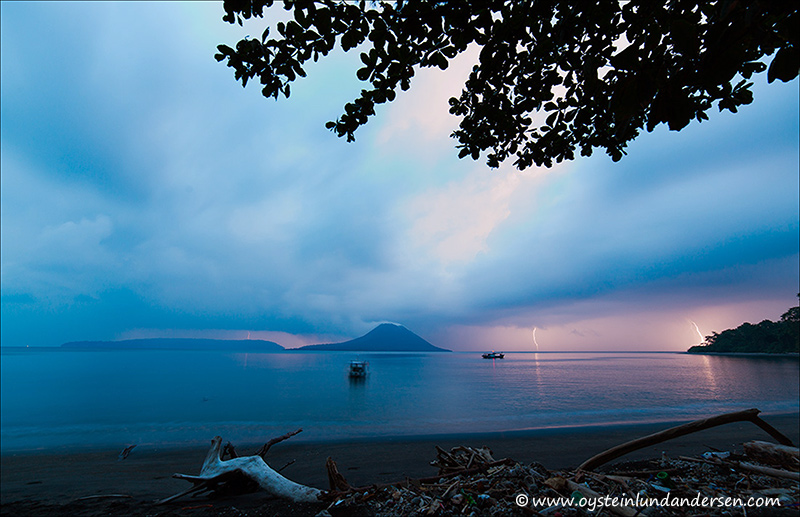 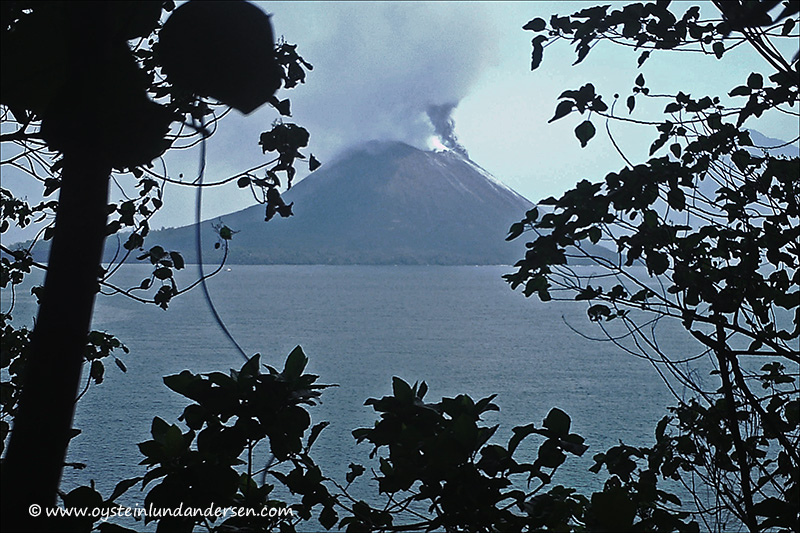