Visited the Krakatau observatory on the 4th October, before crossing the Sunda-Strait to Krakatau. Seismicity had increased to high levels in the afternoon of the 3rd October (see photo nr.2), and the seismograph showed a similar high signal output during our visit on the 4th October (see photo nr.1). Looking at the seismograph-readings from the 3rd and the 4th, it shows a high output level of volcanic-tremor and a few shallow volcanic-A earthquakes being recorded. The presence of the volcanic tremor may be a precursor to an eruption at Krakatau.

Visual observation at Krakatau on the 4th and 5th October showed a steady amount of gas being emitted, the majority of it from the S/SW part of the crater. During the night a relatively bright crater-glow was observed, caused by active fields of escaping hot gas. During my previous visits in 2013, a crater glow was also present, however mostly only confined to a small area in the south-southwestern part of the crater. During this visit the source of the heat was from a larger area in the crater and the glow seemed more intense.

During examination of a deposit-layer on Verlaten Isl. of Krakatau, I found a tree-stem recently exposed by erotion (see photo 15) approximatly 15m under ground in the layer. The deposit layer originates from the 1883 eruption (or before), so this tree is very old. (I took a sample, so If anyone reads this and are interested to examine the sample, please send me a email.)

Krakatau, according to my knowledge, hasn`t erupted since March 2013. My remote camera stationed at Krakatau did not capture any eruptive activity during June and July. The camera was out of battery in the period August-September. Remote photography is still ongoing, a example of photos it produces: see photo 14. 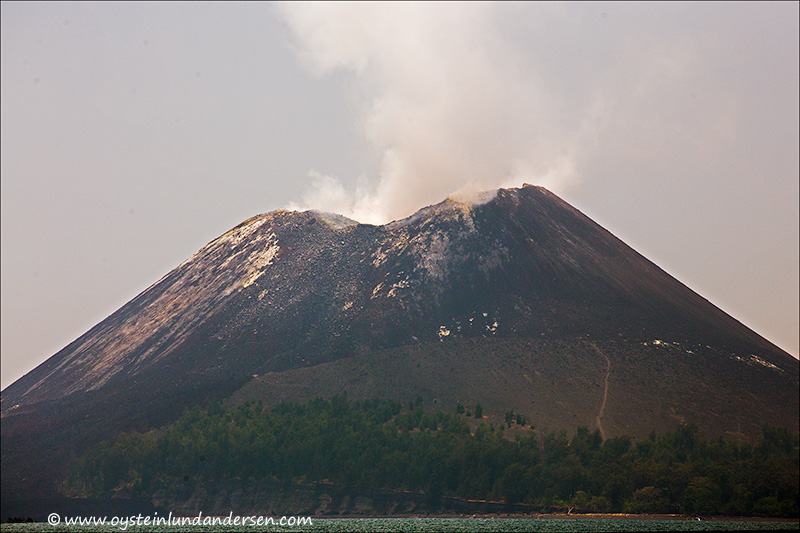 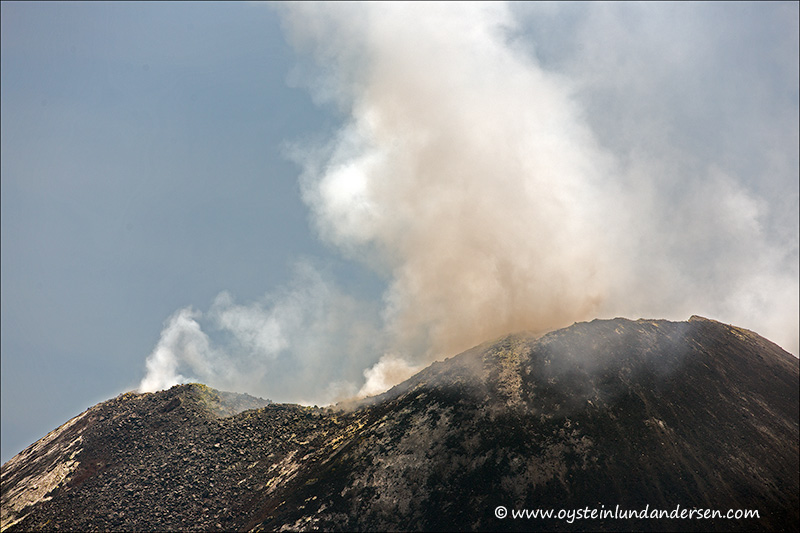 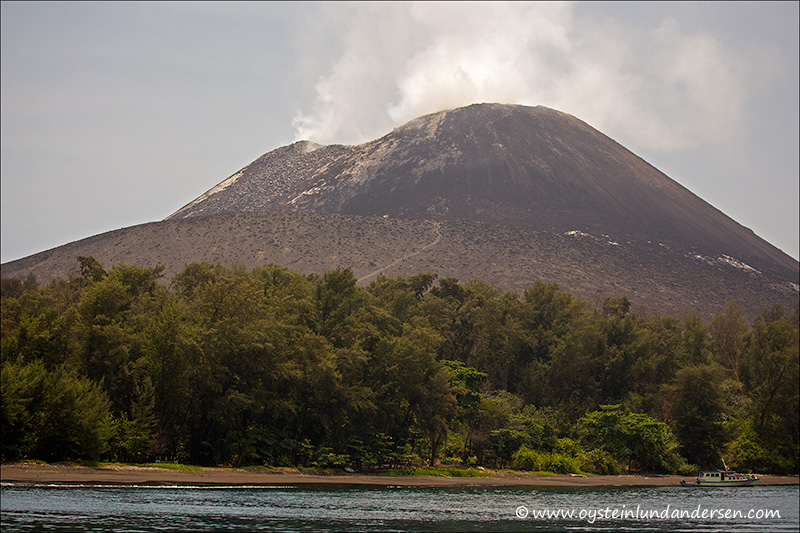 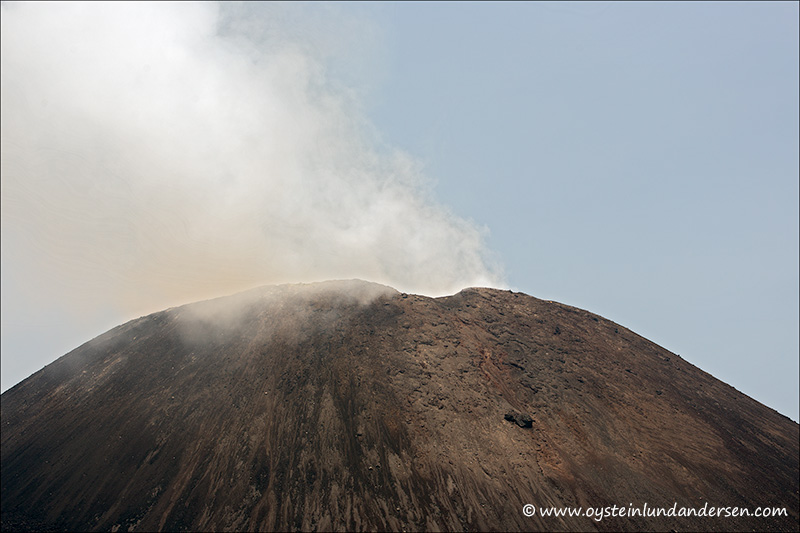 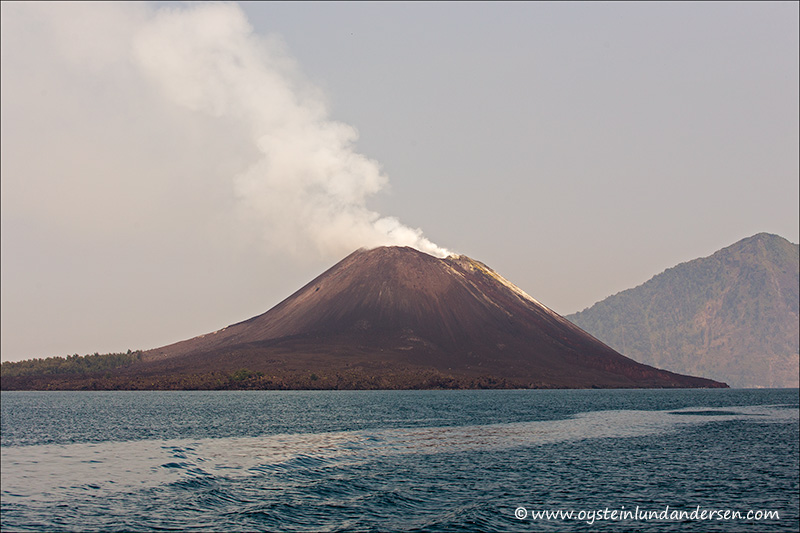 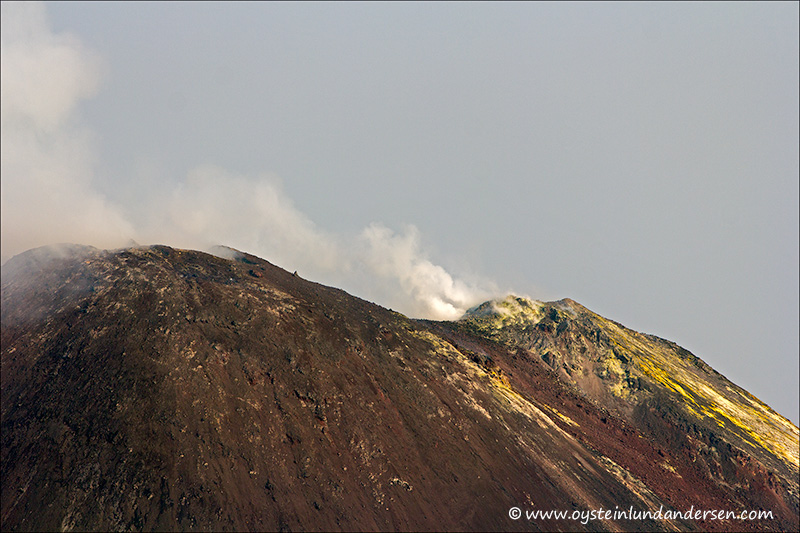 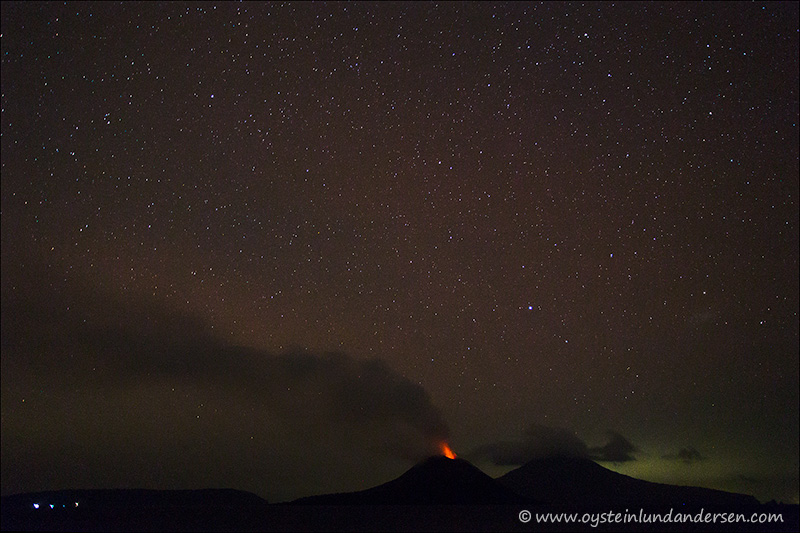 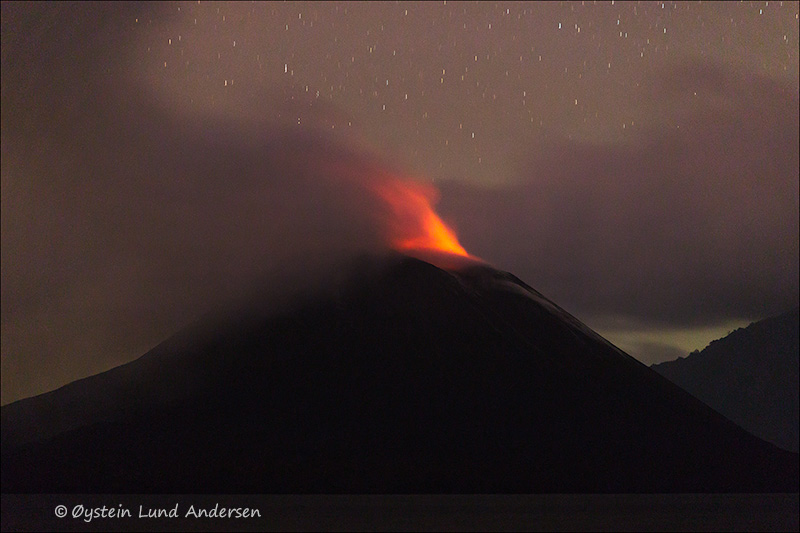 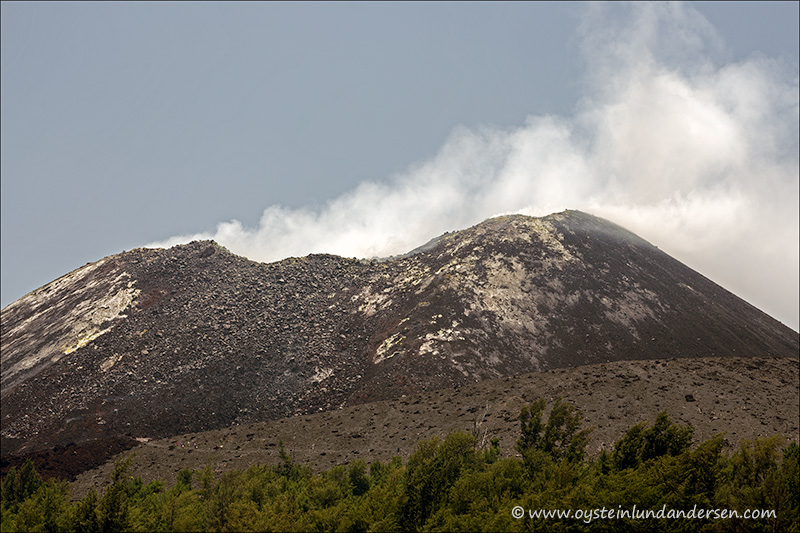 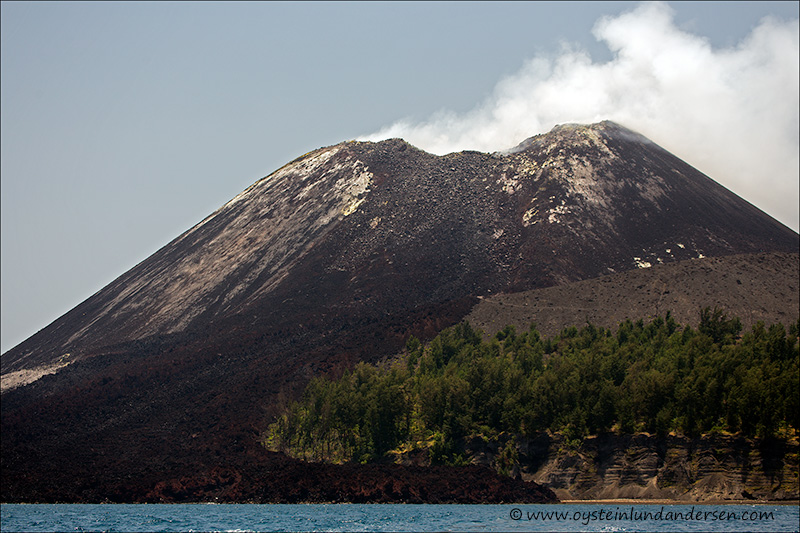