The avalanches occurred from the front part (Southern) of the Lava-dome, as expected, the same area as in June 2019. The sound of the rockfall could often be heard clearly from a 5km distance when avalanches occurred. When comparing photos of the lava-dome (taken from the S base of Merapi) taken during this visit and with my visit on the 17june, no significant changes can be seen to the dome or the summit area in general. 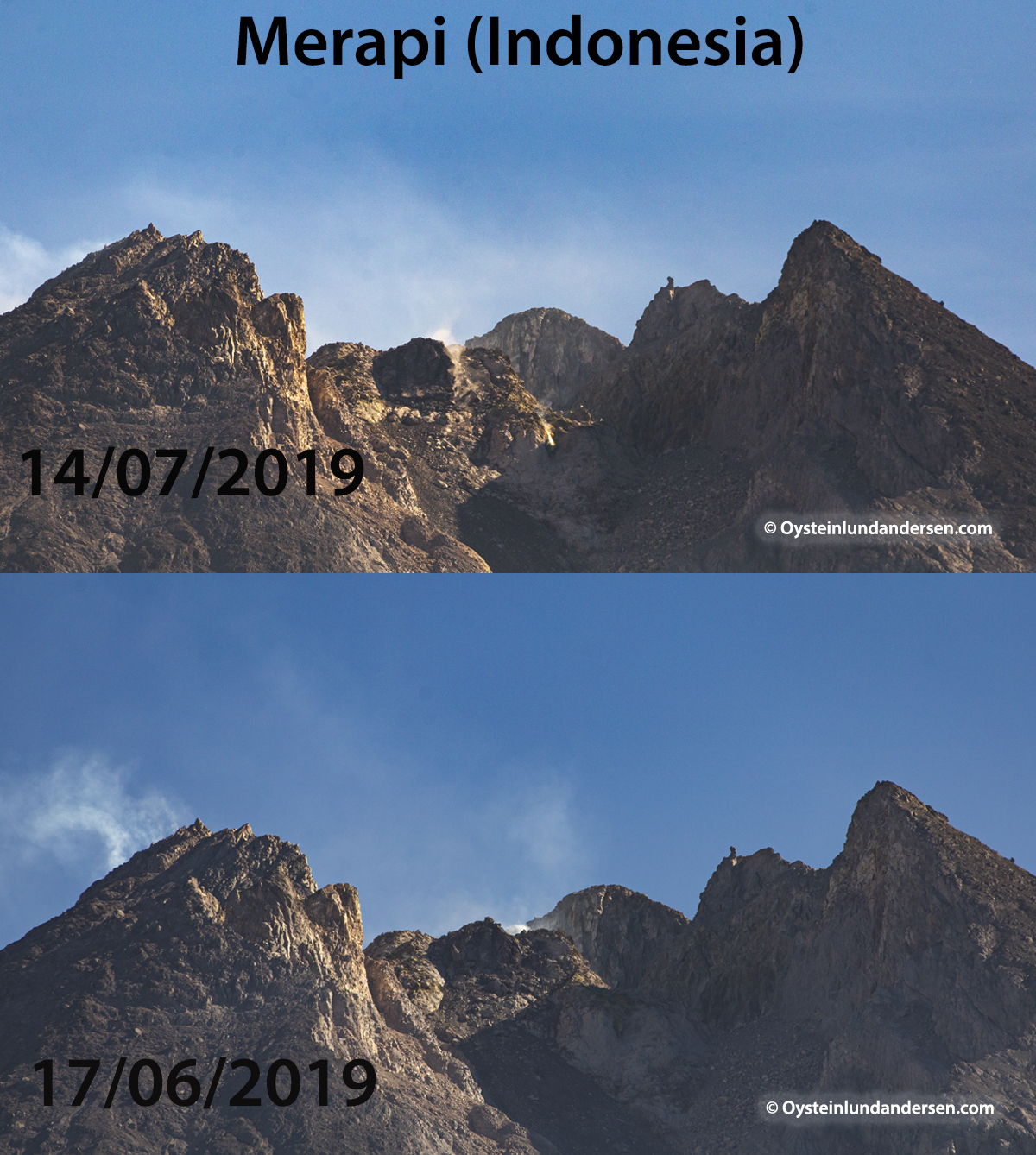 This is my personal notes, and should not be considered as Official information regarding the volcano or its activity. For updated information and official statements on the volcanic activity of Merapi Volcano, visit the Indonesian authorities website MAGMA Indonesia. and Center for Volcanology and Geological Hazard Mitigation`(PVMBG) and BMKG – Indonesian Agency for Meteorology, Climatology and Geophysics. On Twitter (@id_magma , @vulkanologi_mbg and @infoBMKG)

The restriction/danger zone for Merapi is as of 18th July at 3km from the summit-crater, recommended by the Indonesian `Center for Volcanology and Geology and the volcano is at Level 2.

Photos and Videos published are available for purchase only. If you want to purchase photos or videos, please see this page