Anak Krakatau didn`t produce any eruptions on this visit, one month after my last visit during the big eruption. According to local knowledge, Anak hasn’t erupted since the eruption in September. During this visit it only emitted a weak and irregular plume of steam. During nighttime we observed some small spots of glowing lava, near and on the lava flow on the western flank on the volcano, which during daytime still is steaming. 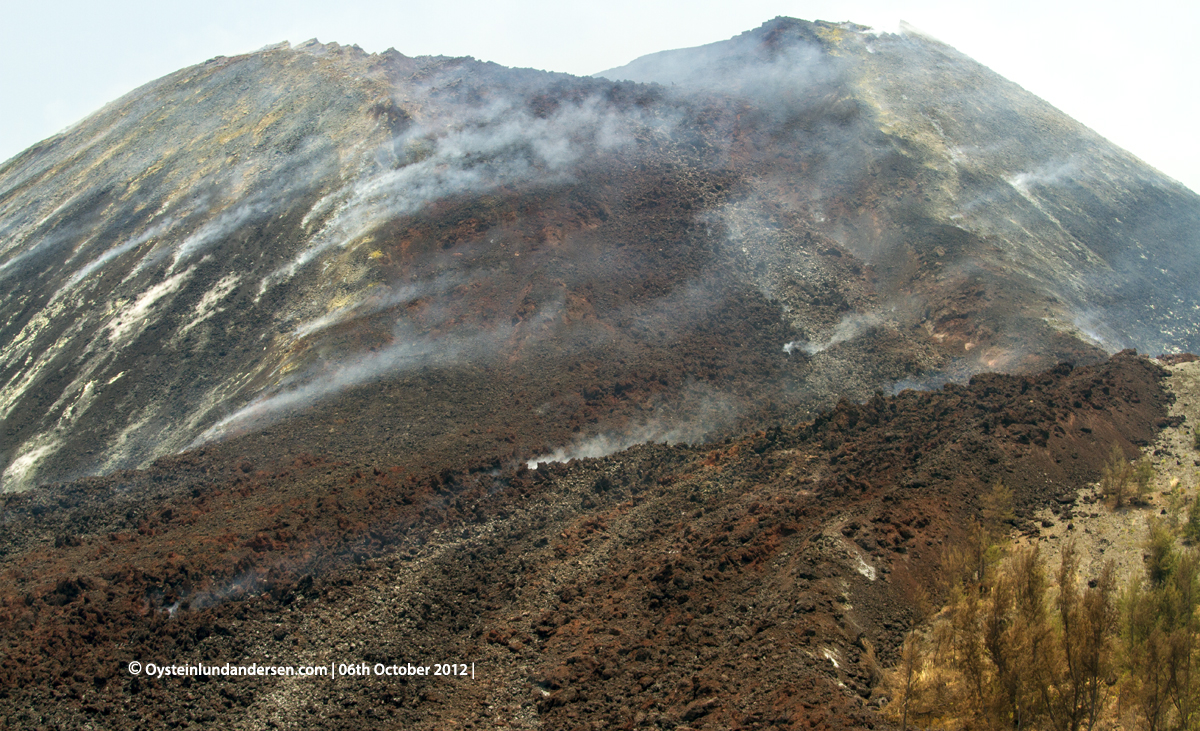 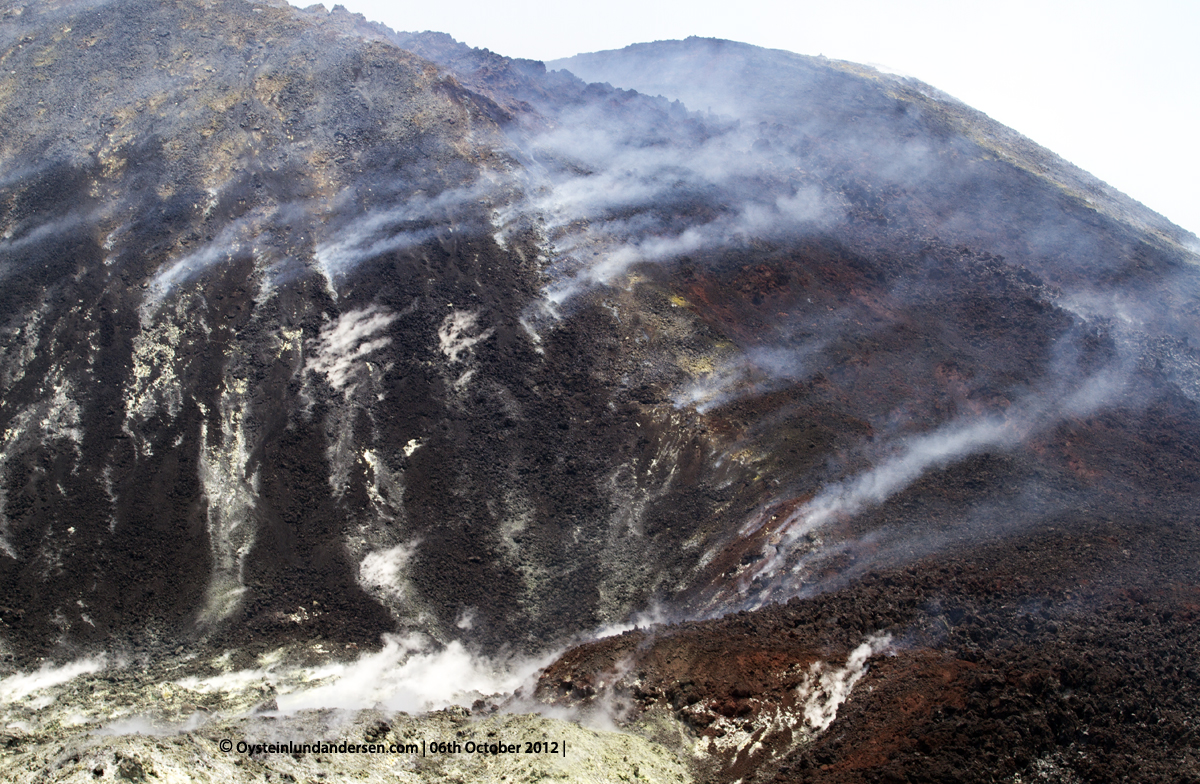 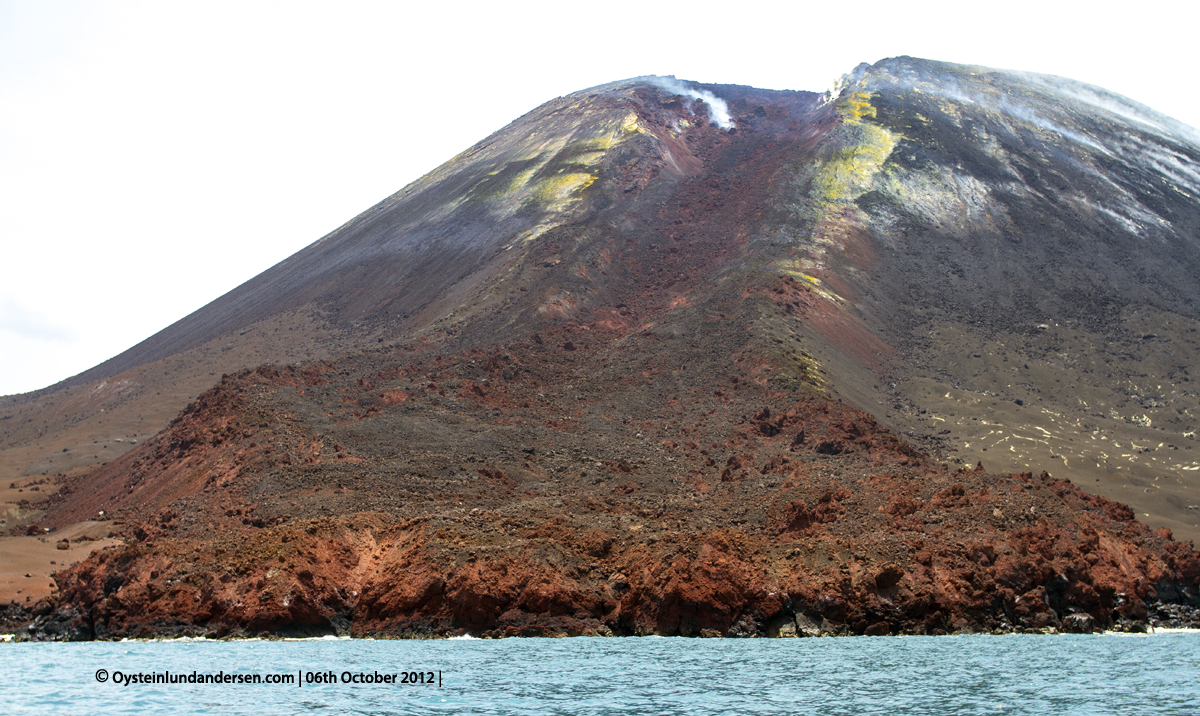 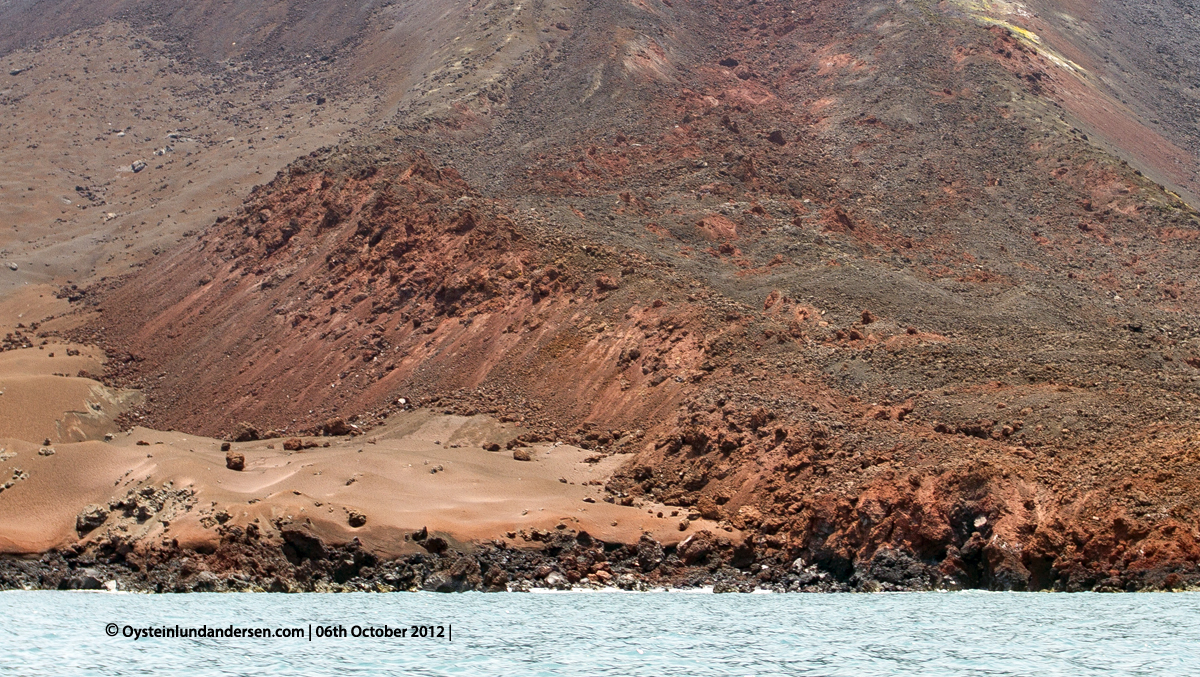 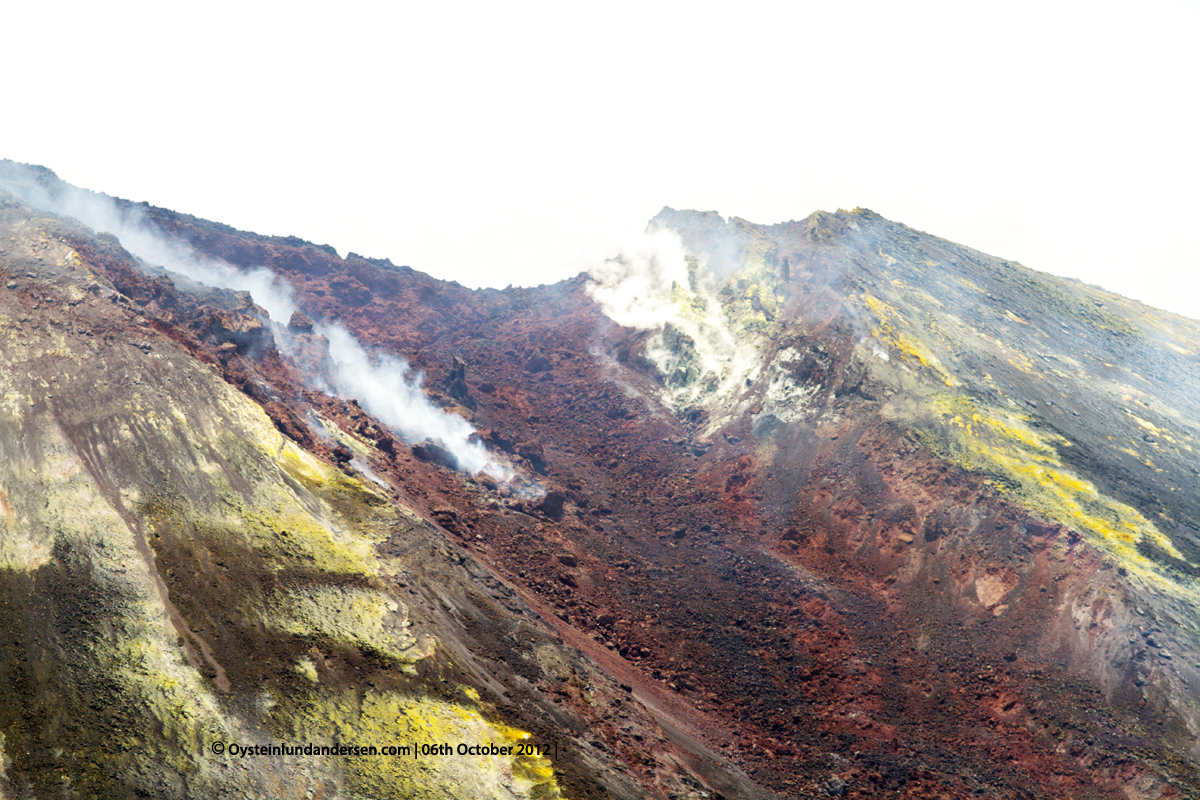 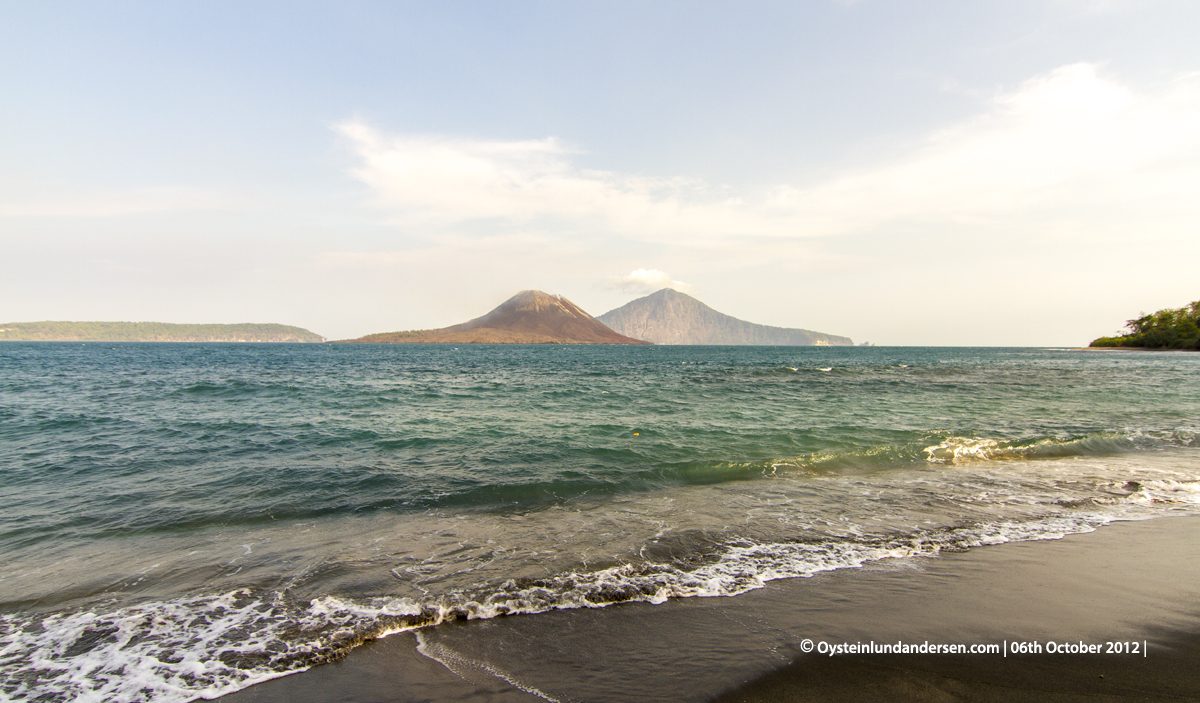 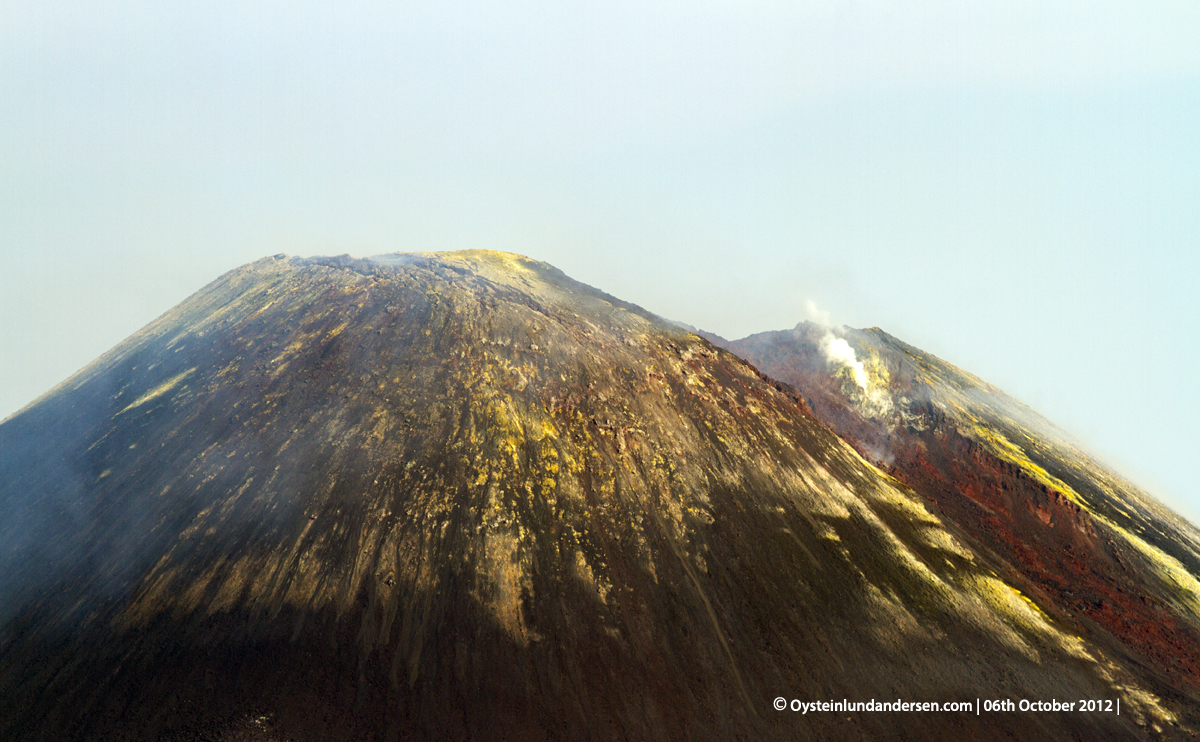 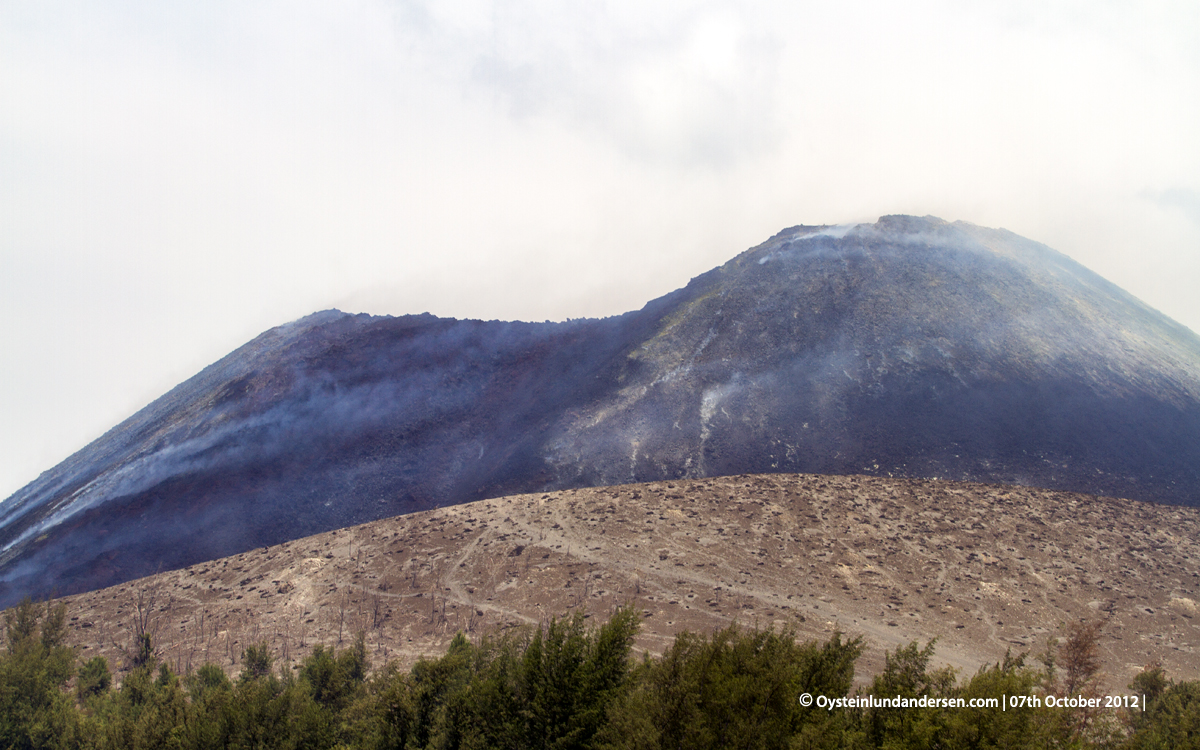